Mesut Ozil Net Worth 2018- How Rich is The Soccer Star 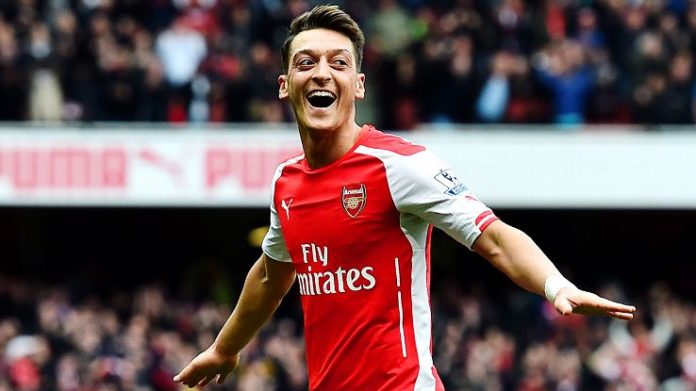 I have been looking at the finances of famous folk for a couple of weeks now, with a focus on Hip Hop artists, DJs and soccer players. It has been a lot of fun figuring out where the money comes from for each of them, and it varies wildly between not only professions, but also musical genres. Soccer players are the easiest though, they get a salary to base my estimates on. Mesut Ozil is one of the best German players on the pitch these days. Rising to international attention during the 2010 World Cup, he leveraged a stellar performance into a contract with Real Madrid, one of the best teams in the world. A few seasons there and he was side off to English side Arsenal, current number 2 in the Premier League. An inspiring display at the 2014 World Cup gained Mesut Ozil a reputation as one of the best set play soccer plays in the business, and his prowess at set ups is being used to good effect at Arsenal today.

So let’s take a look at how he got here, and where he is making his money.

How Did Mesut Ozil Make His Money & Wealth? 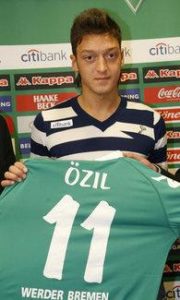 Writing about where soccer players make their cash is so much easier than pretty much any other profession. They get paid a wage. They are big stars on an international stage, and that makes them prime candidates for product endorsement. So let’s take a look at his early career before I start listing out the figures. Ozil is a German born player of Turkish descent. He is eligible to play both for Turkey and Germany, but chose to play for his home country. He began his career at Schalke 04, and performed very well. He soon grew tired of the club, not to mention they refused to pay him 1.5 million euros a year, so he moved to Werder Bremen.

At Bremen he came into his own as a play maker. His attacking style in the midfield earned him a position with the German National team in the 2010 World Cup. His performance at the world cup propelled him to the top of many a managers short list for transfers. Wayne Rooney, of Manchester United himself advised Sir Alex Ferguson to sign the young player, but he did not. Instead Real Madrid picked him up for a reported $20 million.

His time at Real was some of the best of his career, with the final season there seeing him put in more assists than any other player in La Liga. He was sold to Arsenal in 2013, which may have been a bit of a mistake, but who knows what is going on behind the scenes. There are rumors of a poor relationship with management, and if true would not be the first time Ozil has locked horns with the higher ups at a club. He was sold by Real for an estimated $60 million, making him the most expensive German player ever sold. 2014 was his second world cup, and boy howdy, was that a performance for the ages. Ozil played some of the best soccer the world has seen, and Germany’s 2014 World Cup performance does not need repeated here.

So where is the money coming from? Bear in mind that transfer fees go to the club, and the players agent, not to the player himself. He makes his money from his wages. I find it almost insulting that players are paid weekly. The sums in question are enormous, and the only reason they are paid weekly is due to the old days, back when players made money similar to their peers. Ozil pulls in $175,000 per week. Add in the deals he has with Adidas, in their ad campaign, and we have a nice basis for that lofty $50 million figure on up the page. Ozil has a sizable social media following, and players ear bonuses from assists and goals too. Ozil’s on pitch performance has been augmenting his income nicely.

No, Mesut Ozil is not married. He has been romantically linked to Mandy Capristo, a German model and singer. The pair has had a turbulent relationship for the last few years, and have broken up at least once. They are currently together.

Where is Mesut Ozil from?

Mesut Ozil is German born, in the town of Gelsenkirchen, North of the Rhine. He is of turkish descent, with the player claiming to be of Northern Turkish origin, though this has been contested, with some believing him to be ethnically Kurdish.

What awards has Mesut Ozil won?

In club play he has won the DFB-Pokal, La Liga, the Copa Del Rey, The FA Cup, the FA Community Shield, and others. intentionally he was a part of the 2014 German team when they won the world cup, and was instrumental in their victory. As an individual Ozil was the recipient of the German player of the year award five time, numerous top assist awards, and the Arsenal player of the season award for the 2015-2016 season.

Where does Mesut Ozil live? Pictures of Mesut Ozil’s house. 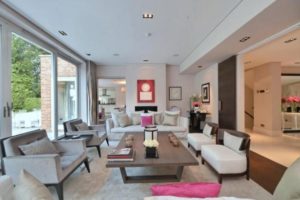 Ozil bought a $12 million dollar home in London a feaw years back, when he was finalizing his contract with Arsenal. The home is lavish, with plenty of rooms, including a cinema. Take a look for yourself.

What kind of car does Mesut Ozil drive? 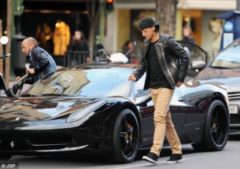 Mesut Ozil is a soccer player, so he owns many different vehicles, from 4 x 4s to high end Italian sports cars. Here he is shopping with his Ferrari 458.