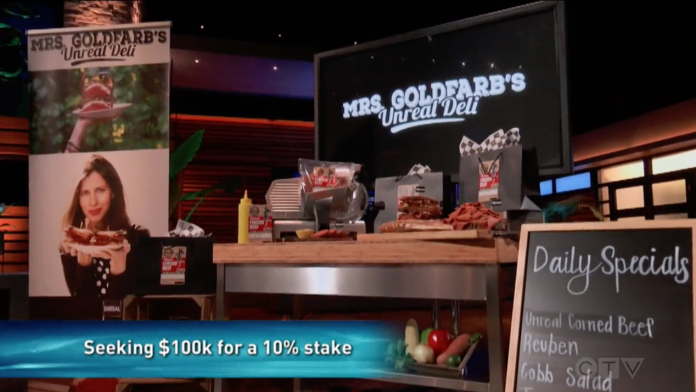 Vegan food has been taking over the food market by storm. There are many plant-based versions of everyday food, such as vegan burgers and hotdogs. However, Deli meat, a staple food, didn’t have any vegan substitutes until today. Jenny Goldfarb came up with a delicious recipe to create perfect vegan Deli meat using corn, beets, chickpeas, tomatoes, and other spices and ingredients. Jenny knew she had a successful idea and product, so she made her company Mrs. Goldfarb’s Unreal Deli. 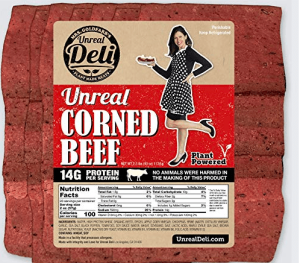 Jenny founded Mrs. Goldfarb’s Unreal Deli in 2018. The company started slow; Jenny cooked her Unreal Deli in a small commercial kitchen. After she had made a batch, she would drive around Los Angeles to present her Unreal Deli to small sandwich shops and delis around the city. Her endeavors to sell and spread the word of her vegan deli spread as she was featured in small articles, which helped her gain traction.

Jenny went on Shark Tank to utilize the traction she was getting for her Unreal Deli. She went seeking an investor that would help spread her product to restaurants and retail stores across the country. She wanted to make Unreal Deli a staple in the vegan market and knew she needed a shark’s help to accomplish her goal.

Jenny Goldfarb appeared on season 11 of Shark Tank seeking $100,000 for 10% of her company Mrs. Goldfarb’s Unreal Deli. She pitched her Unreal Deli to the sharks. Jenny explained that her delis were made from clean plant-based ingredients that are healthy and nutritious. She gave each shark a sandwich containing her Unreal Deli. The sharks loved it and thought there was potential in the product. Jenny said she would keep fighting until her Unreal Deli is in every deli, restaurant, and grocery store worldwide. 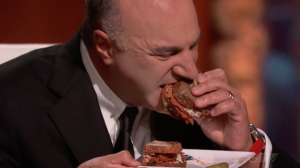 She claimed her Unreal Deli contained only 100 calories per two ounces, and she came up with the recipe herself. Jenny told the sharks her company’s backstory. She was born and raised in New York but moved to Los Angeles later. She became vegan in 2014 and found it difficult to find delicious plant-based food and recipes. Jenny noticed the lack of vegan deli meats in the market, so she started working on her Unreal Deli.

Jenny claimed Unreal Deli only started a few months ago, but they were already in six large deli restaurants around Los Angeles, and the company has plans to sell their product in 58 Whole Foods stores. She claimed that in January 2020, her Unreal Deli would be in two massive restaurant chains.

Jenny said her love for delis started when her great grandfather immigrated from Armenia to New York City. He worked as a dishwasher in a deli before starting his own deli stores and cafeterias around NYC. Her family’s history led her to obtain a deep love for corn beef, pastrami, and all kinds of delis.

In the short period since it was founded, Mrs. Goldfarb’s Unreal Delis has made $10,000 from local deli stores and has recently launched its e-commerce store, which sold $2,000 in the first 24 hours of its launch. Each pound of Unreal Deli costs $3.80 to make, and the company sells it for $8-$10 per pound. 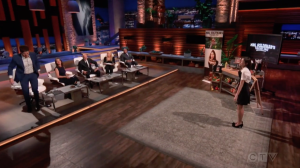 Kevin was concerned that the two largest vegan meat companies would knock her off. He asked her what she had planned to combat that. She said she planned to partner with a shark and bring her Unreal Deli to market Daymond asked why the company had a million-dollar valuation. Jenny said teams had already wanted to invest and were willing to spend half a million for 50% of her company. She said she went on Shark Tank because one shark dollar is worth more than five normal dollars. Jenny projected her company would make $3 million next year (2020).

Kevin O’Leary wanted to support the business as Chef Wonderful. He offered Jenny $100,000 for 20% of the company.

Mark Cuban loved the company and wanted to make an offer; however, he wanted an immediate answer, or else he’d withdraw. He offered $250,000 for 20% of the company. Jenny agreed to the deal enthusiastically.

With a great deal with Mark Cuban, Jenny Goldfarb walked away from the shark tank, ready to make her Unreal Deli the next big thing in the vegan market.

After the company’s appearance on Shark Tank, Jenny quickly got to work. She closed the deal with Mark Cuban, and they started selling their corn beef Unreal Deli in stores such as Whole Foods and restaurants and delis across the country. Mrs. Goldfarb’s Unreal Deli was doing so well that it got an update segment in season 12 of Shark Tank. The update showed Jenny’s father suffering from the Corona Virus, and they didn’t expect him to get better. Fortunately, he received a plasma transplant and quickly made a full recovery, raising the spirits of Jenny and her family. 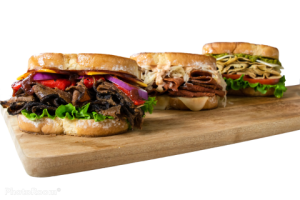 Covid-19 was unfortunate for the business as most restaurants closed, and it was difficult for Jenny to sell her delis. However, Mark was able to help her maneuver to retail. Mrs. Goldfarb’s Unreal Deli moved to retail and could be found in most retail stores. The company also introduced its newest vegan meat, Unreal Turkey. The company then expanded to Canada where it took over stores by storm. Unreal Deli was sold in most stores, Whole Foods, and Veggie Grills in Canada. Mark expects Mrs. Goldfarb’s Unreal Deli to be a $50 million company within the next few years.

In 2021, Mrs. Goldfarb’s Unreal Deli made $4 million in annual revenue. The company started selling mini-sandwiches using pretzel buns and their Unreal Delis. These mini-sandwiches could be found in colleges, grocery stores, and airports. With the success of Unreal Turkey the previous year, the company released another vegan product: Unreal Steak Slices.

A few months later, the company opened a ghost kitchen and started delivering sandwiches across New York City and Los Angeles. They utilized services such as Doordash, UberEats, GrubHub, Postmates, and other food delivery services to sell their sandwiches and Unreal Delis. 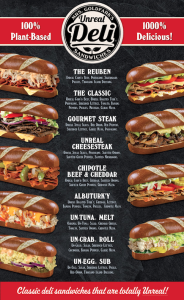 In one year, Mrs. Goldfarb’s Unreal Deli was able to increase its revenue from $4 million in 2021 to $40 million (and increasing) in 2022. Mark Cuban was right in his prediction, and Mrs.Goldfarb’s Unreal Deli is taking over the vegan market by storm. The product proved a massive success; it can now be found in almost every store in the U.S. and many stores internationally.

Mrs. Goldfarb’s Unreal Deli started with a $1 million valuation in 2019. Now in 2022, with its massive success, it is valued to be worth $50 million. The company’s rapid growth and success were one of the fastest in Shark Tank history. We expect Mrs. Goldfarb’s Unreal Deli to continue to grow in the future, and it is sure to become one of the biggest vegan meats companies in the country. For more information and updates on the company in 2022, visit their website here.