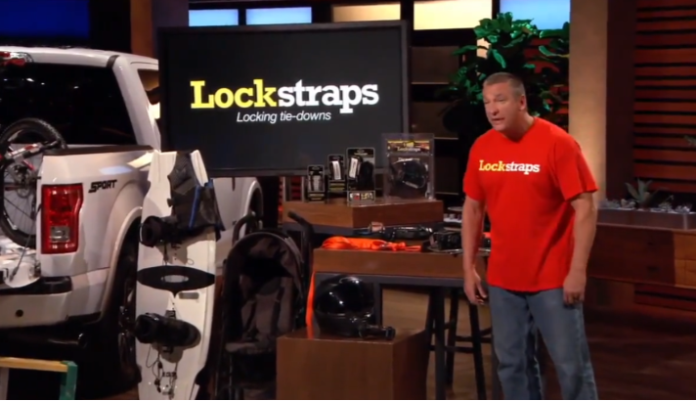 Lockstraps is a company that was started by Jeff Cranny. It makes the lockstrap which is a strap that you can lock your items with. It keeps them safe whether you’re at home or away. The lockstrap consists of a carabiner that has a password-enabled lock. Without a password, the padlock cannot be unlocked ensuring that the goods are secure wherever they go.

The lockstrap also has a thick strap made of metal encased in cloth that can’t be cut by bolt-cutters. The tool mainly used to cut through padlocks is the boltcutter. Normal bolt cutters slip off very easily from the strap when they are used to try and cut through them.

Jeff had started the company when he combined the password-protected carabiner with the cloth-encased strap. He was inspired to make the device after he himself was a victim of theft.

Although he has had some progress, he has faced many hurdles including an unreliable manufacturer. He had partnered with a company that made faulty straps and many of them were recalled.

These problems have made it impossible for Jeff to grow as fast as he planned to and they are the reason why he went onto Shark Tank. He was accepted to be on the 6th episode of the 10th season. Alex Rodriguez was a guest shark on this episode. 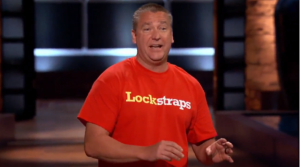 Jeff Cranny went onto Shark Tank seeking $200,000 while offering 20% of the company Lockstraps. He started by giving a brief history of the company and then gave a demonstration of the padlock’s strength. He invited Alex to try and cut the lockstrap with a regular bolt cutter and Alex couldn’t do it. Alex did however cut several other cables Jeff had come with showing the difference there was between the Lockstrap and other security materials.

Kevin asked about the patents Jeff had and Jeff explained how he had a design for the complete device although he neither invented the password lock nor the strap. Kevin then asked Jeff what his sales records were. Jeff said that he made about $135,000 in sales in his first year and in his second year had recorded $175,000 in sales before Home Depot found interest in his product and made a purchase order. Kevin asked Jeff to clarify if the product was a dog. A dog is an effective product that doesn’t sell very well because it has little use or popularity or both.  Mark Cuban then left because he thought that Jeff’s answers were too unclear.

Kevin said that the presentation was terrible and he couldn’t get any information from Jeff so he too left. Barbara then left. She said that Jeff’s action of leaving the product was very unappealing to her. She did not see why a shark should go back for it when the maker had left it.

Alex said that he was fine with Jeff making mistakes. However, even though the mistakes had cost Jeff in his first attempt, he hadn’t got a clear story in his second attempt. For that reason, Alex left.

Lori then left. She said that Jeff was very unconcerned with his product which is something that entrepreneurs don’t normally do. Normally, entrepreneurs are fully invested in their product and supervise its success from start to finish.  Jeff said that he was willing to make a deal where the lockstrap would become Lori’s concern but Lori was not interested in the deal and so she left.

Lockstraps Now in 2022 – The After Shark Tank Update 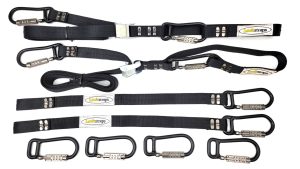 Although he did not get a deal, Jeff Cranny has gone on to lift his company out of the quagmire that it was in. At the time, the company lacked a reliable production chain and couldn’t meet demand but he has resolved this conflict and Lockstraps is expecting a revenue of $4,700,000 in 2022.

Lockstraps now has a website where people can make their orders and the number of products that it provides has also increased. It now offers the password-protected carabiner by itself as well as the strap.

It has a very popular social media page with more than 30,000 people following it on Facebook and more than 1000 followers on Twitter.

Other companies are now making the lockstrap device but the company does have the advantage of being the first.  Some of the companies offering similar products include Ratchet Straps and Pro Taper Standard Universal Tie Down.

Lockstraps is located in California and employs around 25 people. The company has continued to provide employment to the people of America as it helps them keep their things secure whether at home or away.