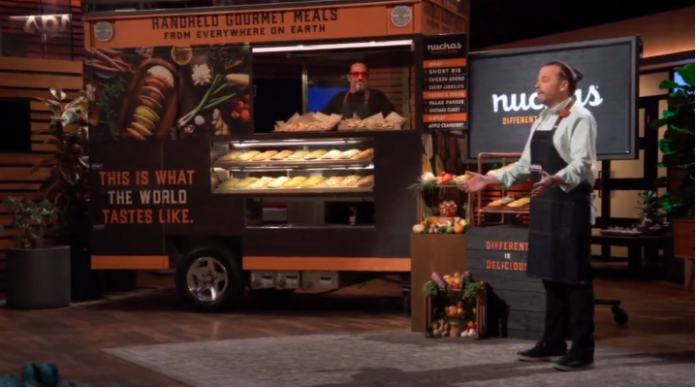 Nuchas is a food company started by Ariel Barbouth to bring authentic Argentinian dishes to the people of New York City. Barbouth migrated to the United States 9 years before with his wife and children hoping to start a restaurant in the United States. That dream was realized when he opened Nuchas which makes the iconic empanada.

The empanada is a pastry made with filling and it’s popular in Argentina. It’s a hand-held food that is easy to carry and tastes great. Ariel’s made the Empanada into a gourmet meal and not only serves it but a variety of dishes from around the world. His meals are as delicious as they are convenient.

Nuchas has already set up shops in several target locations and is the first person to have a kiosk in Times Square. He also has a food truck where he delivers his meal. The meat meals he offers are short rib, chicken adobo, and chicken jambalaya. He also offers vegan meals and these are palak paneer and shiitake curry.

Although Ariel had a good start, he needs more money to increase his production. This is what made him apply to be on Shark Tank. His offer was accepted and he was invited to be on the 18th episode of the 10th season.

Ariel went onto shark tank seeking $2,000,000 and was offering 8% of the company. The sharks all thought that the company’s valuation was extremely high. As he gave his offer, he gave them samples to taste. Some of the sharks were apprehensive about even tasting the food fearing it was too expensive. 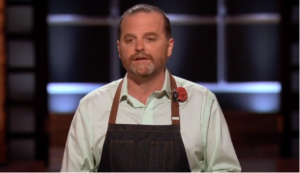 Ariel then told them of his achievements including opening the first kiosk in Times Square which generates around $800,000 in revenue.  Daymond said he knew the shop and often passed it. It consistently had people waiting to be served.  Ariel then showed them the map with their locations which were Times Square, Greeley square, and Colombus Park.

Kevin followed up by asking him what he expected to make the following year and was told that Nuchas expected to make $12,000,000 from sales with a profit of $3,000,000. Barbara then asked him why he needed a shark because he looked like he was doing very well. Ariel said that he needed to expand but lacked the capital to do so. He had already bought a factory but it was operating at full capacity. Kevin then asked if the $2,000,000 was to simply increase productivity.

Kevin suggested a co-packer because it was the path that most hospitality businesses took once they reached a certain level. Barbara said that Kevin’s suggestion never works and a food maker can never control their food quality when they take that path.

Kevin still couldn’t believe that nobody could make them the way Nuchas did but Ariel insisted that was the case. He even said that he wasn’t the only South American who had traveled to North America to start their own food business but he was one of the few that succeeded.

Kevin was still concerned about how he could get his money back and Ariel said that the product was very popular. The money would go to increasing capacity. Kevin asked where they were going to sell. He was told that Nuchas had already been in discussions with some airlines about providing them with food.

Mark Cuban thought that Ariel was making a very expensive bet. This made him exit. Ariel then told Barbara he had only one truck and the retail part was not growing as fast as the wholesale but he was hoping that somebody would own it. Daymond then said that if he wanted to even sell it, he would have to brand the product and sell it in more retail spaces but this would require more money.

Ariel thought that he could make more money in wholesale. Kevin said that his margins would go down in the wholesale business. More than that, he was the one who would be funding the retail business which has lower margins. He was not happy with that position. Lori then left. She thought that the amount he was asking for was just too high even to negotiate. Daymond asked for 25% of the company for $2,000,000. He said that he needed to make his money back in about 4 years. Ariel thought that it was too much for his current position. Daymond tried to convince him otherwise especially since it was not hard for a business to compete with him.

Daymond didn’t think he had a brand, only a delicious product. Ariel thought otherwise and even thought that he could build it to be a brand worth $100,000,000.

Barbara asked him if he was more motivated by the wholesale than the retail. Ariel didn’t think so and even though wholesale brought more money, he was a strong believer in the retail brand. Barbara offered him $1,000,000 for his cart business. She would also give him $1,000,000 as a loan on his wholesale business which he would keep.

Daymond asked if Barbara would franchise it and Barbara said that she would because it was the only way to make a profit. Ariel didn’t accept the offer and thought his retail outlets would be back to making profit soon enough. The sharks argued with Ariel about his decisions and he told Daymond that the most he could give is 10%. Daymond then left.

Kevin then asked how much money Nuchas had in cash and was told it was $100,000. Kevin then left saying that he wouldn’t make his money back in adequate time. Ariel then declined Barbara’s offer but turned to Daymond and offered him 12% for 2,000,000. Daymond declined.

Barbara tried to show Ariel that he had a problem with his value for shop ownership. Ariel then offered her $2,000,000 for the retail business but she would have owned 80% and he would own 20%. Barbara did not agree with this and she left. As Ariel left the shark tank without a deal he said that to him Nuchas was worth so much more.

Nuchas Now in 2023 – The After Shark Tank Update Nuchas has gone from strength to strength since its time on Shark Tank. They have opened three more outlets since then bringing the total number of retail outlets to 6. It also opened a website where people can make orders from the comfort of their homes. More than just a website, its social media is abuzz and it has nearly 11,000 followers on Instagram, more than 4,000 followers on Twitter, and more than 12,000 followers on Facebook.

Nuchas has also partnered with Franklin Junction. Franklin Junction is an e-commerce service that links kitchens to restaurants to increase sales. Covid-19 did make it close some of its locations, and its revenue has yet to break the $5,000,000 mark but it is on an upward trajectory.

Nuchas takes pride in its migrant history and it will continue to do so as long as it is in operation.