The Painted Pretzel 2023 Update – See What Happened After Shark Tank 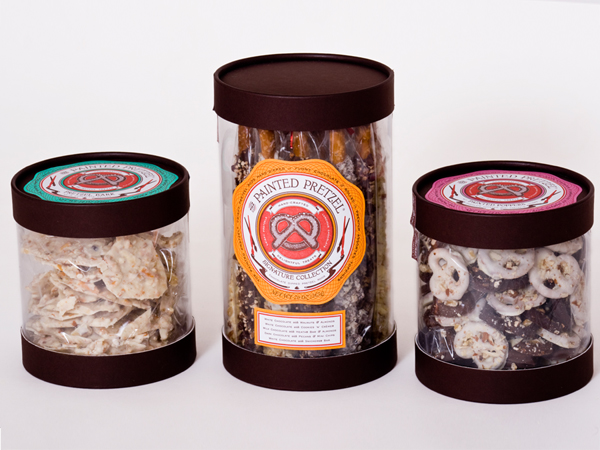 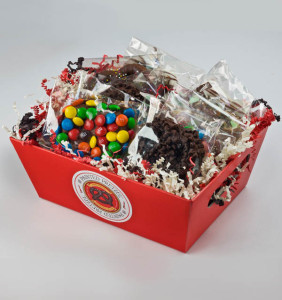 Raven Thomas is a woman who enjoys staying at home and being with her children, but she is far from your regular stay at home mom. Sometimes being around kids all day can become a little stressful, or at the very least fray a person’s nerves. This is exactly why Raven decided to begin “painting” pretzels. In doing this, she allowed herself some time to relax in the kitchen while also making a tasty little treat that the kids could snack on later. What Raven didn’t expect was for this hobby of hers to end up turning into a fairly successful business.

The Painted Pretzel first made its appearance in local mom and pop stores. Each of the orders were hand crafted and prepared directly in Raven’s kitchen, which as you can imagine, takes up a lot of time and work. However, this new business of hers was really starting to kick off and receive recognition. More orders started flooding in and Raven did her best to keep up with them all, but she knew that running this operation out of her home kitchen wasn’t going to work forever. It was when she received a particularly large order from Neiman Marcus that she decided she was going to need to branch out and seek investors for her Painted Pretzel business. Before Marcus’s order, she had turned down a $2 million order from SAM’s Club, and that wasn’t something she wanted to have to experience again. So Raven packed up her Painted Pretzels and headed over to the Shark Tank, hoping that one of the Sharks would recognize the potential in her business and give her the financial aid she would need in order to expand and grow this business.

After entering the Shark Tank, Raven gives the Sharks her asking price of $100k in exchange for 25% of her business. Then she beings to explain that she started The Painted Pretzel about 3 years ago and that people loved them so much, they insisted that she begin to put them out on the market. However, instead of just talking about how amazing they are, Raven hands out samples for all of the Sharks to taste. What makes her Painted Pretzels so different from the other chocolate covered pretzels out on the market is that she uses all kinds of chocolate and candy covering for hers. The dips range from your traditional white, dark, and milk chocolate, but there are also butterscotch, mint, and peanut butter. In addition to these coatings, the toppings on the pretzels are unique as well. Sometimes candy bars will be crumbled on top, an assortment of nuts, or even different fruits. As each of the Sharks give the snacks a taste, they all react in pleasant surprise, clearly enjoying the treats.

Raven then tells the Sharks that she is in front of them today because she really needs a strategic business partner, in addition to the investment, to really push The Painted Pretzel towards its full potential. Her product is fun and unique, making it the perfect place for success. Kevin O’Leary is the first to inquire on the business’s sales, which he finds out to be around $75k made over the last 12 months. On top of the sales already made, she has a $64k order that was just placed last week and $140k in orders that she just didn’t have the resources to fulfill yet. So far she has been supplying to Neiman Marcus and SAM’s club, and has been for quite some time, but again her resources have been running thin which makes it difficult to fulfill these orders, especially when the pretzels sometimes sell out in a single day at these places.

Despite the fact that she has already made quite a few sales and has large orders still pending, O’Leary isn’t all that convinced of the product’s originality. He points out that there are countless other chocolate covered pretzel’s on the market, so what he wants to know is how The Painted Pretzel stands out among the rest of them. Raven states that it is their high quality ingredients and unique packaging presentation that really makes them stand out, and she ensures O’Leary that he will not find another brand that comes even close to comparing to hers.

Lori Greiner is the next Shark to speak up. She asks how much she sells the largest container for and how much it costs to make it. On average, Raven usually sells them for $14.50 dollars each and the production cost is about $7.00 each. Raven also supplies Neiman with orders during the fall and spring, and these orders are stocked in every store in addition to being sold online as well. What also makes her Painted Pretzels unique is that each container has an assortment of different flavors in it, which customers seem to love.

However, O’Leary proposes a theoretical situation where he has $400k and takes one of Raven’s jar of pretzels. With his $400k, he asks someone to replicate the same exact flavors and taste profiles. Raven admits that it is possible that someone could do that, but she doesn’t believe that anyone could make them like she does. O’Leary isn’t swayed by this sentimental statement, but Mark Cuban is. He says that her product will always be different because of the heart and soul she puts into each order. Greiner asks her to give a statement as to why she believes that she deserves an investment, and Raven responds by saying she wants to show her children that you can be successful in whatever you set your mind to and that she is going to keep working towards her dream no matter what. 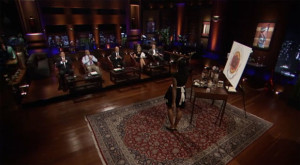 None of the Sharks are swayed by this sentiment and Robert Herjavec advises her to retract the statement because what they want to hear as investors is why her business would be beneficial to them. However, before she can even say anything else, O’Leary decides he’s out regardless of what else she has to say. Despite that though, Raven manages to make the other Sharks very happy by telling them she had to walk away from a $2 million deal because she did not have the capital to make the order. This order was made by SAM’s Club and is still on the table, should she ever have the resources to fill it.

With that in mind, Mark Cuban lets her know that he could easily sell her product through the Mavericks and Landmark Theaters, and that he is willing to give her $100k for 25% of the business so long as she is willing to go in on the deal with him right then. Without even really thinking about the offer, Raven happily accepts the offer and goes in on a partnership with Cuban

The Painted Pretzel Now In 2023 – After Shark Tank Update

The deal with Mark was eventually finalized. The “Shark Tank Effect” also caused their sales to explode after the episode aired. In fact, they received so much traffic that their website crashed and was down for two hours.

Since then, they’ve started leasing commercial kitchen space to fulfill large orders. Not only are the pretzels sold at Mark’s movie theaters and sports arenas, but they’re also available at Sam’s Club and Nieman Marcus. At one point, they also opened up an Amazon store, which seemed to do quite well. Mark, whose role is similar to that of an adviser, has also been a big help, according to Raven. Not only is he “very accessible” but they’re also in touch at least once a week via email.

As of 2023, The Painted Pretzel is still in business. The only thing is that they no longer sell on Amazon. In fact, all of their products have been pulled from the site. Don’t worry, though, their pretzels are still available from their official website. For example, you can get pretzel bark, pretzel rods, and pretzel treats, all of which come in different flavours including Chocolate Cream, Butter Crunch, Sparkler, White Chocolate, and more. That’s not all, they also offer samplers and gifts, which include some of their best-sellers and depending on what you get, they range from $24.95 to $54.95.

In addition to that, they also offer pretzels for fundraisers. Each of them comes individually wrapped and can be bought for $1 and resold for $2. There are many different flavours to choose from as well including milk chocolate with M&Ms, butter crunch, assorted, chocolate cream, and white chocolate with a milk chocolate drizzle. Three case sizes are available: 2 cases, 6 cases, and 8 cases.

In terms of shipping, all orders are processed and sent out between 2 and 7 business days (most of their products are handmade and made fresh to order, which requires time). A tracking number will also be provided (most will arrive within 2 days of being shipped).

Customized corporate gifts are also available. In fact, they’ve worked with several large companies and charities over the years including Saks Fifth Avenue, Google, Paypal, and the New York Yankees. For those who are interested, you can fill out the Corporate Gifts Order Request form on their website. You just need to let them know your budget and they’ll be able to give you various options. Or if you want, you can choose from their best sellers, which include The Party Starter, The Glitz, and Sassy Sampler.

For more details, you can check out The Painted Pretzel’s official site here. They’re also active on social media for those who’d like to get in contact with the company.