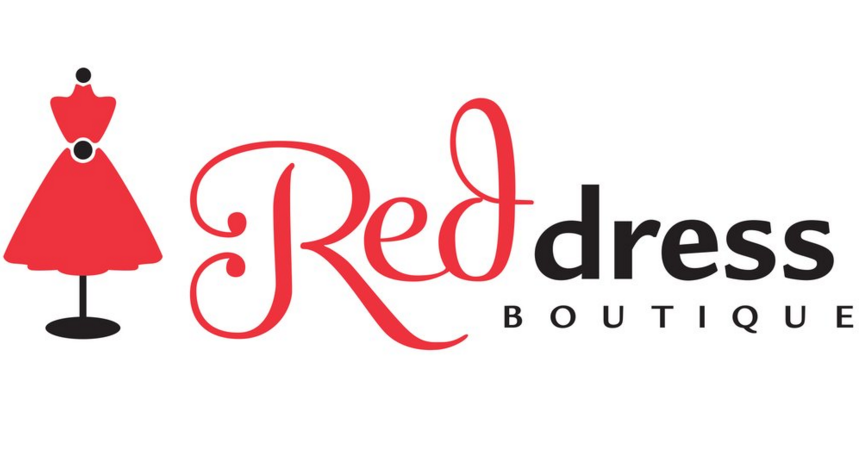 Diana and Josh Harbour appeared on the sixth season of Shark Tank seeking $600,000 for a 5% equity stake in their company Red Dress Boutique. They described their company as a “modern and affordable way to be fashionable” as well as one of the fastest growing online retailers. The main goal of the company is to help women feel confident and like “one million bucks” without having to spend one million bucks.

The married duo stated that they are able to accomplish this goal by updating their collections daily and pricing 80% of the company’s merchandise under $50. This price point also helps attract the company’s main demographic, the average woman who between work and raising a family, has little or no time to shop for herself. Diana details that the website automatically suggests accessories for any outfit a customer adds to their online shopping bag. She also goes on to state that each package is designed to be delivered as a present, wrapped with tissue paper and a hand-written thank-you note.

Robert Herjavec was one of the first sharks to chime in with questions for the couple, first asking about what the average buy is per customer. Joshua answers that the average purchase price is $75 per order with several customers purchasing 6-7 times throughout the year. He also notes that are continuously experiencing new growth and gaining new customers. The sharks seemed pretty impressed with the business model and growth the company had over their first four years, but became blown out of the water when they heard the company’s current sales.

In their fourth year, Red Dress Boutique made 7.5 million dollars. The couple reveals that their success is largely due to the fact that they quit their jobs, sold their home and took out a six figure loan in order to give it their all when starting the online clothing store. They lived with friends on an air mattress during the company’s first year, in order to make the business a major success. Diana explained that she travels to trade shows several times throughout the month in order to find new designers and trends, while utilizing social media accounts to test out new looks and get feedback from consumers. 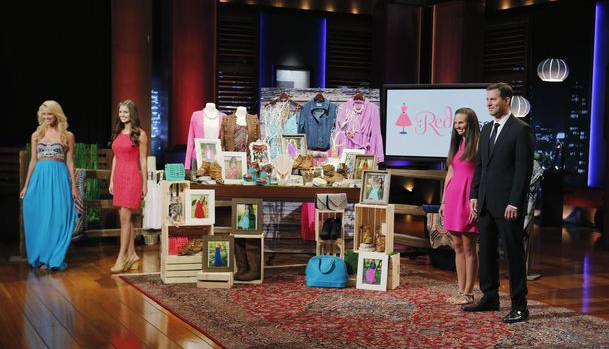 Although impressed with the couples drive, Mr. Wonderful stated that he is worried about the success of the company trying to clone themselves and for that reason he was out. Lori soon followed and said that although she was extremely impressed with the progress the company has made, she does not feel that she is the right shark to take on the job. Damon quickly followed stating that he too felt he was not a good fit to be the mentor of the young online business.

Mark Cuban then questioned the couple as to why they needed $600,000 and what their plans were for the money. Diana answered that the online boutique had currently maxed out their current online system and was looking to use $300,000 to develop a new website that would give them a better back end system to interpret various data. However, more importantly they are looking for a mentor to help them get to that nine figures per year income bracket. Robert Herjavec chimes in that he is the perfect shark for website development and offers $600,000 for 15% of the company. The couple declines his offer due to the increased equity stake.

Mark agrees that he needs more skin in the game and asks for their best equity percentage. The duo counter offers and says they are willing to increase to a 10% equity stake. Robert quickly counters that he is willing to put match $600,000 to Mark’s $600,000 for 20% equity; each getting 10%. The couple has struck a deal that they can’t refuse and accept the offer of $1.2 million dollars for 20% equity with two sharks, Mark Cuban and Robert Herjavec.

During Season 7 of Shark Tank, episode 702 revealed an update on the status and success of the partnership between Red Dress Boutique and Mark Cuban.

During the update, Diana and Josh Harbour recapped their experience on both Shark Tank and Beyond the Tank. After Shark Tank aired the company made over one million dollars in just six short days, which was more money in sales than the couple ever could have hoped for. Except for the fact that all of the traffic ended up crashing their website for 17 hours. During Beyond the Tank the couple wanted to spend over $250,000 on a new website, despite Mark Cuban’s advice not to.

At the end of their excerpt they ultimately decided that a new website was the right direction for their company. However, during this update, the couple revealed that they changed their minds since the airing of Beyond the Tank and went with Mark Cuban after all; deciding to let him and his team takeover the Red Dress Boutique website. Since then,  the couple has been able to take the money they saved from not redoing the company’s website and have begun designing an in house clothing line, a home decor line and have started developing a Red Dress Boutique App.

Red Dress Boutique Now In 2023 – After the Tank Update

After the segment aired, their website crashed; it simply couldn’t handle the amount of traffic that they were getting. Fortunately, there were able to fix the problem temporarily. Within six days, they had done over $1 million in sales. This gave them the opportunity to revamp their website as they were never really satisfied with how the old one worked.

However, Mark was worried that too many changes can be catastrophic—that it could cause their sales to suffer. He instead wanted to accelerate their current website. But Diana stood her ground; she wanted to change the website so that it would have bigger photos. Mark wasn’t happy as he felt that they should trust him and his decision.

Despite that, Diana and Josh went ahead with creating the new site; they wanted to offer their customers a better website experience. Mark wasn’t happy when they told him that they had signed a deal. He reiterated that it’s too big of a risk, especially since their old website saw a huge increase in sales over the past few months. He eventually gave in, offering support for the new website, but is still not happy with the decision.

The company was later given an update in episode 702, which aired just a year after their original appearance. In the segment, Diana and Josh revealed that they didn’t go the new website route in the end. Rather, they took Mark’s advice, which caused their sales to soar.

They also used the money that they were going to use previously for the new website, on an app. Not only that, but they also launched their own clothing line. As a result, their revenue went up to $14 million. They also opened up a physical store called Fringe in Athens, Georgia, as she felt that there was a lack of chain stores in the area. Reviews for the brick-and-mortar store appear to be mixed, however. While some people are happy with their experience, others felt that their customer service was lacking. At one point, they also had a second physical location but it has since closed down.

Then in 2019, they announced that they had bought back their equity from Mark for an undisclosed amount.

Fast forward to 2023 and the company is still doing as well as ever. Not only do they offer dresses, but they also sell jewelry, swimwear, casual tops, playsuits, pajamas, tops, accessories, and shoes, as well as holiday gifts such as ornaments and drinkware. For those who’d like to check it out, you can visit their website here.