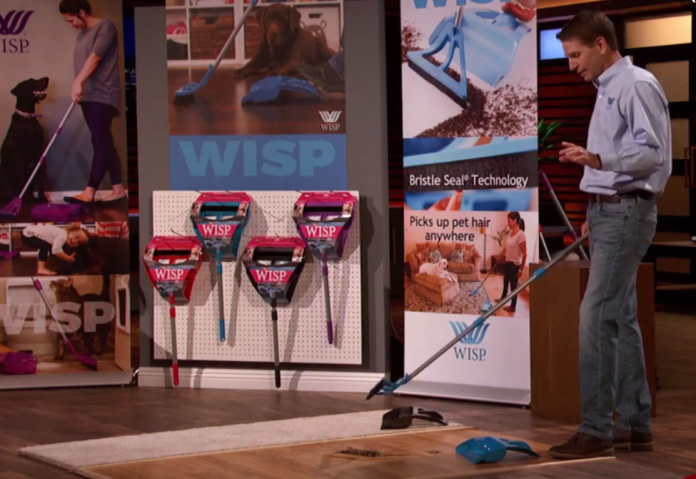 Wisp was in business for almost six years before seeking investment from the Sharks. Eben was a golfer in his spare time. According to his website, he earned the nickname WISP by being able to hit a golf ball to its target from over 300 yards while being slight in stature. He used the name for his business. The product, an alternative to the broom, attracted the attention of 22 investors and got millions of dollars in sales. Would the Sharks be as impressed?

Eben Dobson III, the founder of Wisp Industries, walked out onto the legendary Shark Tank stage. Barbara smiled and greeted him. He introduced himself, and unlike most visitors to the tank, he didn’t start by listing what he wanted from the Sharks. He went into the details of his business. Eben began to introduce the WISP as a new way of cleaning. Eben points out that sweeping has not changed significantly in centuries. He called his product a category disruptor. 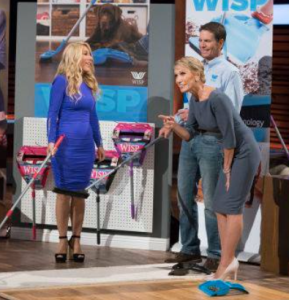 He said that he reengineered the broom and the dustpan to make them more efficient and easier to use. Instead of sweeping, that action would now be called WISPing. He described how annoying and straining sweeping was both on your back and in your arms. Eben was tired of having to bend down to pick up the dirt.

He seemed even more tired of struggling to get that last bit of dirt into the dustpan. So what was the solution? His product, of course. He listed out the benefits of the WISP as eliminating the hassle of physical strain from the broom. It could be easily operated one-handed, and it had bristles on the side of the dustpan to aid in cleaning the tool.

He stated that he had a patent on the last bit of technology. Eben has the design so that there are combs on the side of the item to clean off the bristles of the list straight into the west pan. He finally told them that he was seeking $500,000 in exchange for 10% of the company because his product was the evolution of cleaning. Mark Cuban muttered in surprise that Eben valued the business so high.

Kevin, of course, wanted to know if Eben had sold anything. Eben told him that, of course, he did. WISP has sold over 100,000 units over the lifetime of the business. He had made over $3.5 million in sales. While this seemed to impress Mr. Wonderful, his answer to the following question was surprising but much less impressive. Eben had not made a profit but instead had lost money.

Eben would be able to market the product to a large audience, who would receive a 50% discount on their purchase of the WISP. He explained an inherent marketing cost to how they had gotten any sales. He had gone on a few shows where there was revenue sharing, and he had to build up his inventory to meet them. Lori exclaimed that she understood. Even though this method did not generate a profit, it was worth it to get many eyes on the company.

He revealed that he had sold 20,000 units at no profit, but it was within four hours. Kevin wanted to know what the rest of his sales for the year looked like. Eben let him know that WISP had done $1.43 million in sales. This meant that they made a profit, right? That would typically be a logical conclusion, but WISP lost over half a million dollars. Eben admitted that he did not handle the situation well. He made all the decisions and took full responsibility. The way he was compensating contractors working for him was incorrect and unsustainable. Eben said he knew better now. 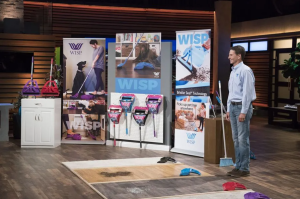 Mark Cuban asked Eben how much money he had raised both by himself and other investors. Eben let him know that he had raised over $2.2 million in about six years. Lori wanted to know how much it cost to make and what the charge was for the customer. Each cleaning implement cost A little under $30, while the cost of goods was about $17.00 per unit.

Kevin advised that the issue was that he was directly competing with much cheaper traditional cleaning tools. Eben agreed, but he thought WISP was still worth the effort of fighting back against the status quo of the broom.

Eben was looking for someone to invest in to help him manage his supply chain. He described going from one marketing event to the next, not being able to meet demand and running up a bunch of inventory and then not being able to sell it. That was how he kept losing money. And he lost $2.5 million in six years trying to build his brand. Kevin wanted to know how much he had lost total over the six years that he had been in business. Eben looked worried, but he answered honestly.

He had about $50,000 left from his initial investments. All of the Sharks look shocked. Mark Cuban decided to summarize. West had $50,000 in the bank, about $300,000 in backstock inventory, and some intellectual property. Even though he had these assets, he was still $2.1 million in debt. Eben looks like he was about to throw up.

He said he didn’t think he was doing an excellent job of telling the accurate picture. He recognized that he had made mistakes, and he was in the Tank looking for someone that would help him.

He explained that he did think that WISP would be the future of sweeping. During the offer. Barbara was the first to go out. She explains that she gave him an A for effort but was unwilling to help him get his stuff together. His execution was lacking. Kevin said that his product was good, but Eben had been in the business for six years and had made no money. Mr. Wonderful found this very depressing. Kevin asked him if he required adult supervision.

Eben said that he had been working off instincts during the past three years to try and optimize his business. Mark wanted to know where he raised the $2.2 million, and Eben explained that his network had given him the money. Mark wanted to know if no one had asked him what he was doing or attempted to step in. Eben said he had never raised enough money for that type of investor. It was always based on a specific project.

Mark shook his head and let him know that everyone else on the stage had started multimillion-dollar businesses with mirror thousands of dollars. Eben let them know that that’s why he wanted their help. They had much better instincts. 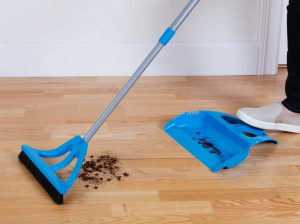 Mark said that everyone makes mistakes when they’re entrepreneurs, but he felt like WISP was too far gone. Mark went out. Sarah was up next. She explains that best practices dictate when you start a business; you have to make the product, sell what you have, and make more products. She explained that she felt like he should be the product designer but not be involved in the business side of things. Eben closed his eyes as he processed this information. Sarah said she liked the product and planned to buy it, but she could not justify investing in it.

Kevin said that he liked the product and thought that Eben would do well with a partner that could pick up on all of the things that he was weak at. He would only be willing to do it for 50% of the company. Eben was very hesitant and unsure of what his investors would think.

He had 22 of them. Lori was eager to help with the sales portion but was unwilling to provide any financial investment. Kevin attempted to get Eben to focus on him but was unsuccessful. Eben said that he would take the deal with Kevin and Kevin started to walk you to the stage. The nervous entrepreneur began to hedge and again mentioned Lori as part of the deal. Kevin reminded him that Lori wasn’t part of the deal and rescinded his offer. Eben left the stage without an agreement. 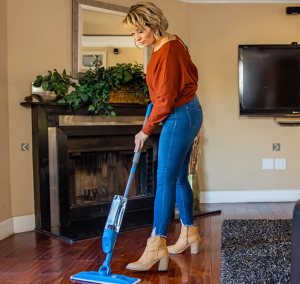 According to their website, Lori reached out after the taping and expressed interest in spreading the word about the product. She will be doing demonstrations on WISP products on QVC. She was still not interested in investing in the company. WISP has been on their post-Shark Tank run on QVC since December 7th of, 2018. A post on their Facebook page about airing on QVC on February 25th, 2015, several years before appearing on Shark Tank. Their most recent demonstration was in May of 2022. They seemed to be effective as all of the products had been sold out on QVC and the company’s website.