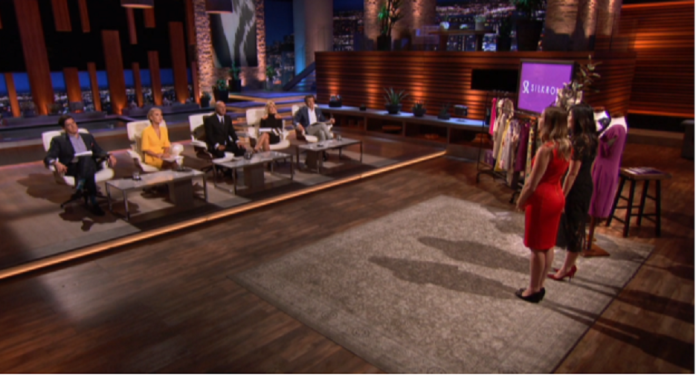 SilkRoll is a company that helps its users to dispose of their used clothing in a way that is convenient and profitable for them. SilkRoll was started by Janet Wu and Erin Wold-Fettner who are both from San Francisco, California. They aim to popularize second-hand fashion with their bargains and variety.

The average millennial only wears clothes three times and then keeps them in their closets. The clothes often stay there piling up because when people try to sell them they are given prices so low they consider themselves ripped off. Being offered $10 for a dress that someone paid $100 for is quite common. This problem is what led to the creation of SilkRoll. SilkRoll is a marketplace where people can send their used clothing and when they do they receive points that are equivalent to the amount they initially paid when buying the item. 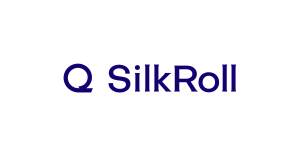 They can use these points to then shop for other items on the website.  SilkRoll is an easy solution to the low resale problem. Anyone interested simply makes an order and they will receive a SilkRoll kit in which to place their clothing. Once SilkRoll has received the order they will give the user a certain number of points which they will see on the company’s website. The pair saw great potential in their company but lacked sufficient capital to make it grow. It’s for this reason that they went to Shark Tank seeking investment partners.

Erin and Janet were looking for $250,000 for a 3% stake in their company. The pair started by showing how the website worked and then made their offer. Barbara immediately wanted to know how they dealt with customers giving them false prices for the items of clothing sent.  Erin said that they have a database where they evaluate everything that is sent to them. At first, they would look at the brands, the condition of the clothes, and the style. With time, the database will become more dynamic.

Mark Cuban followed by asking whether they’ve just made a simple matter unnecessarily more complex. Erin then gave an example where she showed how they would know the approximate retail price that someone paid for a dress based on the brand, and quality of the dress. Kevin wanted to know what happened to the clothes that were sent but were damaged. Erin said that, if it was high-end brand clothing but it was damaged then they would list the item but state that it was damaged. 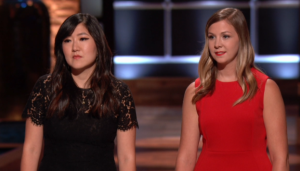 Kevin at once complained about the punishment. Herjavec asked them how they were making money and Erin gave an explanation but Herjavec said that he still didn’t understand how she made money. Herjavec then gave an example where he sent clothes to them and Kevin then bought those clothes. How would they make the revenue?

Erin then said that every time a transaction is made the person who has made the transaction will be charged 5% as a transaction fee and this was whether they bought or sold clothes. Kevin wanted to know if customers knew of this before they conducted any business on the site and was told that customers do know about it.

Janet then said that they sell points because people can only transact with points. She then gave them the rates at which people buy the points for. After this, Kevin asked them to justify the valuation Janet started by saying that it was a special business.  She then said that after operating for one year, Silkrose’s total revenue was $35,000. The sharks were extremely disappointed with the amount. 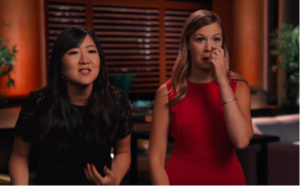 In their defense, Janet said that they were building not just a business but a marketplace that would have a network effect. Mark Cuban said that there was no network effect. Barbara said that she was out because to her, the 5% commission was too little to make a substantial profit and they didn’t have the best name for the company.

Mark Cuban was the next to leave. He said that it was because they had made a simple concept very complicated.  Robert Herjavec said that he couldn’t understand what they were saying and that he would have appreciated some honesty such as them saying that they hadn’t figured everything out yet but they were working on it. For that reason, he was out.

Kevin O’Leary started by telling them they had made a common rookie mistake in overvaluing their company.  He then promptly left. Lori also left because she thought the amount offered was too low for any one of them to get excited about.

Erin and Janet blamed their failure to get an offer on their failure to communicate effectively. However, they were fine and would continue with the venture by themselves and hoped that America got it.

SilkRoll Now in 2023 – The After Shark Tank Update 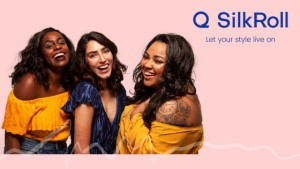 SilkRoll is very much alive even though they did not get the deal that they were looking for on the show. It has generated $20 million in sales and is still growing. They have active social media pages with at least 5,000 followers on Instagram and 7,000 followers on Facebook. However, their biggest source of interest online outside of the website is Pinterest where they get an average of 160,000 monthly views. They are still proud of their appearance on Shark Tank and images of their meeting are shown on the website.

Although they are still selling clothes, there has been some change in SilkRoll’s sales strategy. They no longer offer clothes in exchange for points only. You can now buy them for cash. They do sell clothes at a lower rate to members but non-members can now make purchases too.  A deal from the sharks would have helped a great deal but they have proven themselves to be skilled enough to find success without one.