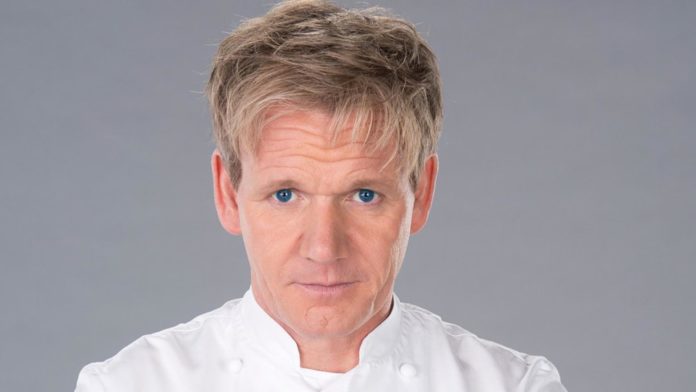 For many people, food is more than just a biological need but a completely different experience. Some chefs are so passionate about food they dedicate their lives to creating new sensory experiences. These chefs spend their entire lifetimes opening restaurants and building their brands. As a result, these chefs have become international icons and are respected by even those with a casual interest in food. 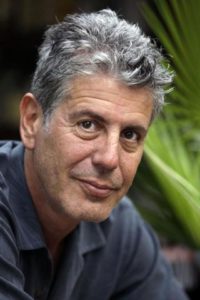 Anthony Bourdain rose to fame in 2000 with his book, ‘Kitchen Confidential: Adventures in the Culinary Underbelly. He was later given his own TV show on the Travel Channel, Anthony Bourdain: No Reservations, which ran from 2005 to 2012. He also hosted A Cook’s Tour, The Layover, The Mind of a Chef, Parts Unknown, No Reservations, and was a guest judge in the cooking competition series, Top Chef.

Born in Manhattan, he had developed a love for food as a youth while vacationing with his family in France. He later worked at several seafood restaurants, which inspired him to pursue a career in cooking.

After graduating from The Culinary Institute of America, he went on to run various kitchens in New York City, including the Supper Club, Sullivan’s, and One Fifth Avenue. By 1998, he was the executive chef at Brasserie Les Halles, a French-brasserie-style restaurant in Manhattan. From there, he got involved with culinary writing and television presentations.

Tragically, his career came to an abrupt end in 2018 when he was found dead in an apparent suicide while filming Parts Unknown in Strasbourg. He is survived by his daughter, Ariane, and his girlfriend at the time, Asia Argento. 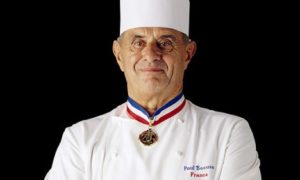 French chef Paul Bocuse was a legend in France and all over the world. Throughout his career, he served as a mentor to many other world-renowned chefs.

He was also famous for being one of the pioneers of nouvelle cuisine, a form of cooking that focuses on high-quality ingredients instead of richness like the traditional cuisine classique. His most famous restaurant was l’Auberge du Pont de Collonges, which had received a three-star Michelin rating.

Sadly, it was in the room above this very restaurant that he passed away from Parkinson’s disease on January 20, 2018. He was 91 years old. 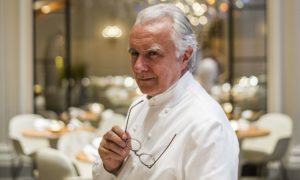 Alain Ducasse is a an idol in the world of French cuisine. He is the first chef to have three restaurants with three Michelin stars each. He began his career as a chef for the Hotel De Paris in Monte Carlo, Monaco. Revenue from Ducasse’s restaurants exceeds 15 million per year.

Ducasse has opened many successful and innovative restaurants in his lifetime. He has earned 21 total Michelin stars. He has also been featured as a guest judge on the cooking competition series, Masterchef—both the US and UK versions. 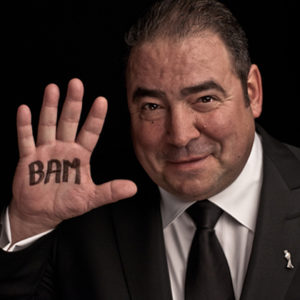 Although many elite chefs are only known by name to the public, Emeril Lagasse’s loud and larger than life persona has made him an international icon. Catchphrases such as “Bam!” and “kick it up a notch” made him a hit with audiences from the beginning.

His cooking style is a fusion of Creole and Cajun which he calls “New New Orleans”. His television appearances, restaurants, and endorsements earn over $150 million in revenue per year. 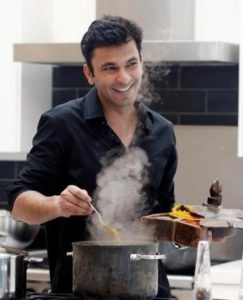 Most famous Chefs are American or French, but Vikas Khanna is one of the first Indian Chefs to receive international acclaim. Since 2011, his main restaurant Junoon in New York City has received a Michelin star. Khanna has also collaborated with many other famous chefs.

Vikas Khanna is known for creating the most expensive cookbook in the world. The book was created over a span of 12 years and details the rich history of Indian cuisine. The book costs $13,000, and only 12 have ever been made. Khanna has personally gifted it to famous people including Queen Elizabeth. 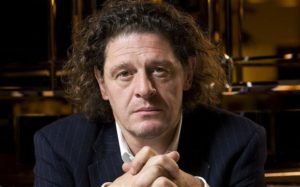 British star chef Marco Pierre White permanently changed the way the world looked at food. By the age of 33, he had won three Michelin stars, making him the youngest chef to do so. He blends classical British, French, and Italian cooking together to create his unique style.

Marco Pierre White has been featured on popular shows like Masterchef and Hell’s Kitchen. White returned his stars later in his career, citing negative impacts on his personal life. He is nonetheless highly respected. 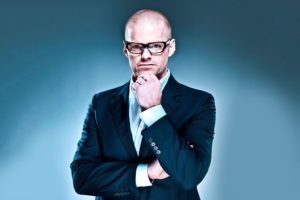 Most chefs primarily focus on their food being beautiful and delicious. Blumenthal is one of the first chefs to take a scientific approach to cooking. He also creates food that interacts with all of the senses. His unique approach to cooking has earned his restaurant, the Fat Duck, three Michelin stars.

The British chef’s advocation for a scientific understanding of food has earned him a spot as fellow in the Royal Society of Chemistry. Blumenthal has also pioneered many unique recipes. He is known for pairing food with molecular similarities together, even if such pairings seem bizarre. 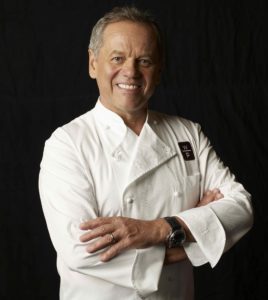 After moving to the USA at age 24, Austrian celebrity chef and culinary innovator Wolfgang Puck was inspired. He created his own unique style of cooking that blended Italian and American cooking styles together with Californian ingredients. His first restaurant, Spago, received a large amount of critical acclaim.

Wolfgang Puck has released multiple cookbooks and appeared on many popular cooking shows. He has even acted in famous TV shows. In 2017, he was given a star on the Hollywood Walk of Fame. 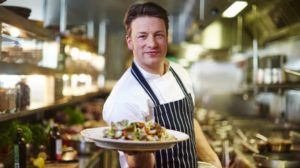 British star Jamie Oliver is an icon in Britain and beyond. Unlike most chefs, his style of cooking is primarily British. His personality and skill have earned him numerous endorsements and millions of dollars. He is primarily known for his cooking shows and advocation for healthy eating.

In 2002, Oliver released the five-part series Jamie’s Kitchen. He is also the creator of The Naked Chef. Jamie Oliver has also pushed for healthy eating in schools. Oliver was the face of the British supermarket chain Sainsbury’s until 2005. He has been featured in hundreds of commercials.

Most recently, he starred in the seven-part series, The Great Cookbook Challenge With Jamie Oliver, which premiered on January 31, 2022. In 2020, he also released Jamie: Keep Cooking and Carry On, which was filmed on his and his family’s phones. Premiered on Channel 4, it centered around Jamie as he prepared food with limited ingredients for the homebound as individuals are isolated by the COVID-19 pandemic. 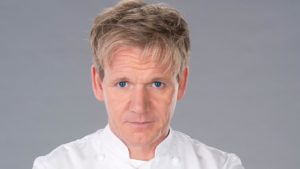 Gordan Ramsay is one of the most influential chefs in the world. Known for his bluntness, he has starred in several reality series including Hell’s Kitchen, The F Word, Ramsay’s Kitchen Nightmares, MasterChef, Hotel Hell, and Next Level Chef. Currently, he’s the host of Next Level Chef, which premiered on Fox in January 2022.

Raised in Stratford, he developed an interest in cooking as a young teen. By the time he was in his 20s, he was working as a commis chef at the Wroxton House Hotel. He also ran the 60-seat dining room and kitchen at the Wickham Arms. He later moved to London, where he worked in a series of restaurants.

Wanting to advance his career, he later moved to Paris, where he studied French Cuisine. Upon returning to London in 1993, he was offered the position of head chef at La Tante Claire, a three-Michelin-star restaurant in Chelsea. After working there for several years, he opened up his own restaurant, Restaurant Gordon Ramsay in 1998.

As of 2023, he owns 35 restaurants, which are spread across North America, Australia, Asia, and Europe. He has also been awarded a total of 16 Michelin stars.