The Top 10 Weirdest Things That Happened to Pokemon Go Players 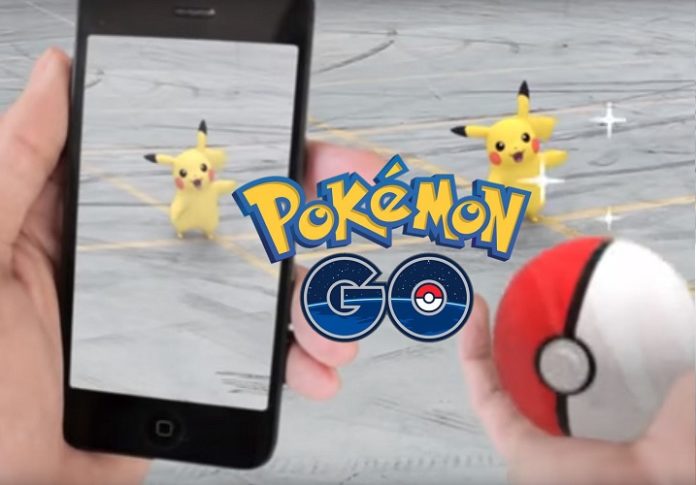 Augmented reality is a technological development that will play a big part in all our futures, the technology enabling us to seamlessly blend real-life with computer generated graphics has been around for a while, but now in 2018 it has become sophisticated enough to create a virtual World on top of the real World, and the inclusion of the phenomenally successful Pokemon franchise has led to the birth of possibly the most influential game of all time. By now we’ve all heard a few stories about strange encounters that gamers have had during a Pokemon Go session, and reality, with all its attendant dangers has had a profound impact on a few players who quite literally sometimes forgot where they were, but what have been the weirdest Pokemon Go incidents that have happened so far? Read on to find out. 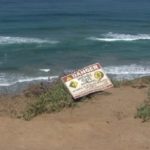 Two young men from San Diego had a sudden drop in fortune, both virtually and literally on July 14th 2016 when they decided to pursue some Pokemon onto some private land. Climbing over a fence in order to access the property you can imagine their surprise when the ground underneath their feet suddenly disappeared. They had fallen off of a cliff, one they would have been adequately warned about, had they paid attention to their surroundings and the numerous warning signs in the area. The men, both in their twenties had approached a crumbling sandstone bluff, which had subsequently collapsed under their weight. One fell 50 feet, and the other over 100 feet. The pair both received serious injuries, but fortunately they both survived. 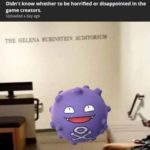 Pokemon Go players have several aims, but one which drives many of them blindly forward is the opportunity to visit a Pokestop, a place where they can level up, increase their Pokemon training abilities and sometimes even gain a Pokemon egg. Pokestops are commonly found in many public places, such as churches, malls and parks and it is to such places that hordes of Pokemon hunters eagerly descend, hoping to advance in the game. But some of the Pokestops were not entirely suitable places for crowds of mainly young, and often noisy, hunters to be rampaging about. The Holocaust Memorial Museum in Washington DC was certainly not too happy to be included as a Pokestop, and for entirely different reasons, neither was the owner of a Clean and Sober living facility in California that was home to a number of low-risk sex offenders, all of whom were at risk of breaking their parole by having children congregating outside the property at all hours. 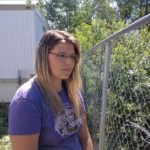 Shayla Wiggins is a nineteen year old Pokemon Go player from Riverton, Australia, and early in the morning of July 12th she was searching for Pokemon around a river at the back of her home, but she found something far more disturbing than a Squirtle, instead she discovered a body. After a moment of shock she contacted police who, after investigation, quickly established that the body was that of a local 28 year old man who they believed had drowned accidentally. While commenting on the case a senior police official in nearby Darwin pointed out that the main police station had been thrown into chaos for a few days, as it was also a Pokestop and had been flooded by budding Pokemon hunters for the entire week. Since Shayla’s grim discovery two more bodies have been found by Pokemon Go players, in New Hampshire and San Diego.

#7 – Pokemon Go Player Cheats on his Girlfriend – And Gets Caught 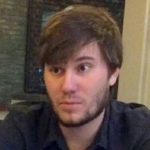 Evan Scribner didn’t entirely forget about Pokemon Go, even when he was hooked-up with his ex-girlfriend for a night of passion. At some time during the night Evan, who is no relation to his Baseball playing namesake, decided to spend a little time hunting and he got lucky yet again, managing to catch one of the pesky little critters, but the captured Pokemon was to be his undoing. Back home the following night in Queens, New York, Evan’s regular lady became suspicious when she noticed that he had caught a Pokemon in Brooklyn the night before. Evan was left high and dry by his quickly departing girlfriend and left to curse Pokemon Go’s geolocation feature which records where and when every Pokemon is caught. Evan isn’t alone in finding that Pokemon Go has ruined his love-life either, a flood of frustrated people have taken to social media complaining that Pokemon Go addiction was the primary factor in the break up of their relationships. 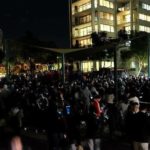 The quiet and affluent suburb of Rhodes in Sydney, Australia is rarely troubled by any major disturbances. It was so quiet in fact that there was no need for the local police station, which closed in 2015, however the advent of Pokemon Go left many in the area wishing that the police still had a presence there. A playground in the center of the residential area became besieged by crowds of well over 1,000 Pokemon Go players every night in July when they discovered that the site was home to not just one, but three Pokestops. The resulting chaos left the area looking like a bomb site every morning, with debris and trash strewn throughout the site. Local residents eventually took matters into their own hands, and began pelting the assembled hunters with eggs and water-bombs from apartment blocks when their frustration at the noise and disturbance got too much. Fortunately, before things escalated into all out war and the hunters became the hunted, Niantic agreed to remove all three Pokestops at the request of the Sydney police. 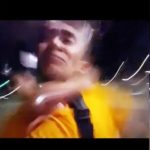 Perhaps the most disturbing incidents that occurred during the first few frantic weeks of the Pokemon Go craze were attacks specifically targeted on players using the Lure option. Lures can be used at Pokestops to catch additional Pokemon, and once placed by a player they remain active for 30 minutes and can be seen by all other players nearby. It didn’t take long for criminals to spot an opportunity to use them to set-up ambushes for unsuspecting players. There were a number of attacks on players by gangs who used a lure to attract them to deserted Pokestops late at night, and one man was stabbed by a group of assailants in Missouri in July. Missouri Police later arrested four men who were suspected of luring multiple Players to a deserted Pokestop and robbing them at gunpoint. The late-night attacks have declined since the potential real dangers posed to players became widely publicised, but popular Twitch streamer Rickey Yaneza, known as Rickeybot, was held up on September 19th 2016 in Central Park, and suffered cuts and bruises as he was relieved of three cellphones by a mugger believed to be carrying a knife. The whole incident was streamed live to hundreds of Ricky’s concerned fans and the robber, whose face was briefly caught on camera is still being hunted by police.

#4 – Pokemon Go Marines Catch a Criminal on The Run 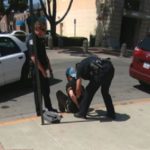 Pokemon Go isn’t just played by children, it also has a firm following of older people, many of whom enjoyed the game from the time it was first launched back in February 1996. Two slightly older fans of the game were Javier Soch and Seth Ortega, who also happened to be former members of the Marine Corps. They were hunting a Pokemon or two in a park in Fullerton, California in August 2016 when they noticed a man acting strangely. Their military training made them far more prepared for trouble than the average Pokemon hunter, but they took no action until the man appeared to be bothering a woman with young children. The pair intervened and detained the man, who complied peacefully with their instructions, until the police arrived. It was later revealed by authorities that the man had an outstanding warrant for charges including attempted murder and assault. 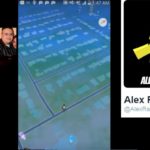 Some people will do anything for attention, and it wasn’t long before someone took advantage of the Pokemon Go craze to gain a few views on their YouTube account. A YouTube user named Alex Ramirez was working for Uber, the car sharing service and also streaming Pokemon Go live to his YouTube account at the same time when things took an apparently disturbing turn. Alex suddenly exclaimed that he had seen a man dragging a dead body behind a church in Beaumont, Texas and even worse he had been seen by the man. What followed was a tense five minute long chase where Alex could be heard puffing and panting as he tried to run away from a probable murderer, who he reported was now following him in a dark van. The stream abruptly cut off as Ramirez told his viewers he had to contact the police. Concerned viewers also reported the incident and the story quickly spread on the internet, until someone looked into the situation a little deeper. Alex’s story was soon uncovered as a complete hoax after locals from the area began to report that no body had been found behind the church, police confirmed that there was no body, and no report of one had been made, and the internet turned on Alex with a vengeance. Uber received a flood of calls calling for his dismissal, and they reacted by sacking him, according to them because he was playing Pokemon Go when he was supposed to be driving and not because of his dramatic hoax, but the net result was the same. A tearful Alex posted a brief audio clip blaming ‘Trolls’ and ‘10 year olds’ for losing him his job, but few online had any sympathy for him, rather he was criticized by many for causing such panic amongst his mainly young audience. 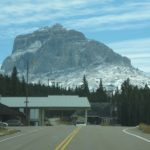 America has a problem with people illegally crossing its border, but it’s usually in the South that the majority of cases occur, so it was with some surprise that US Border Protection agents spotted two Canadian teenagers wandering about in Sweet Grass, Montana one night. The pair were completely unaware that they were now illegal immigrants, and their parents, from nearby Coutts, in the Canadian province of Alberta, promised to restrict their use of the game when they picked them up from a Border crossing later that night. 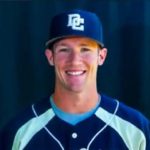 The first death attributed to Pokemon Go seemed almost inevitable, and on August 6th 2016 it finally happened. 20 year old Calvin Riley was playing the game with a friend in a park near San Francisco’s famous waterfront when he was targeted in a random shooting. His friend had noticed the assailant briefly before the attack but the pair had been completely absorbed in their hunt and failed to consider that they might be in any danger, particularly considering that it was only 10pm and there were other people around them. The dangers of Pokemon Go however, are not limited to only those who play the game, on August 24th a driver in Tokushima, Japan was so engrossed in the game, while driving, that he completely failed to notice a red light. As a result one woman was killed instantly and another was seriously injured when he ploughed into them without even braking.