Top Hospitals in the World – 2023 Update 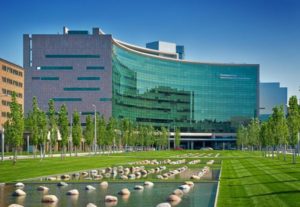 In health care, like in many things, quality is important. Whether it’s the education of the physicians, the competency of the specialists, or the compassion of the nurses, every detail can make the difference in patient outcomes. While the work of all health care workers is greatly appreciated, there are some facilities which on the whole, can be rated above others in terms of being of the finest caliber.

Without further ado, here are some of the best hospitals in the world in terms of patient outcomes, care philosophy, account specialization quality, and research. 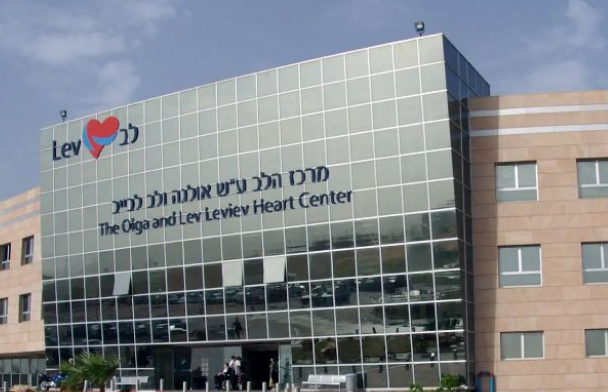 The Sheba Medical Center is located in the Tel Aviv District of Ramat Gan and is the largest hospital in Israel. Established in 1948, it was originally built to treat casualties of the 1948 Arab-Israeli War. It wasn’t until 1953 that it became a civilian hospital, with Dr. Sheba as its director. Following his death in 1971, the facility was renamed in his honor.

Situated on an 0.31 square mile campus, the hospital features 120 departments with 1,400 beds, 1,250 physicians, and more than 1,500 other healthcare workers. They also have nearly 1,000 researchers, interns, and volunteers. In terms of facilities, they have a rehabilitation center, an acute care center, a children’s hospital, a women’s hospital, a PTSD clinic, an eating disorder clinic, an outpatient division, a laboratory division, as well as an academy campus.

Every year, the hospital sees more than one million patients, including 200,000 ER visits, and conducts more than two million medical tests and exams. While most patients are from the Middle East, they also provide mentoring and guidance to other hospitals in the world. They’ve also sent medical support to Sri Lanka, Kosovo, Rwanda, Armenia, and Cambodia.

The UCLA Medical Center is located on the campus of the University of California, Los Angeles, and is considered one of the best hospitals in the United States. Not only do they have research centers in a number of specialties, including medicine, nursing, and dentistry, but they also have a level I trauma center for both pediatric and adult patients, making it one of the most advanced and comprehensive healthcare systems in the country.

Opened in 2008, the new medical center has replaced the older facilities across the street—ones that were built in the 1950s (the old complex had suffered structural damage following the 1994 earthquake). Named after President Ronald Reagan, the 1.05-million-square-foot hospital contains 525 hospital beds, many of which are accessible to physicians and nurses from 360 degrees. Not only that but it also features a sophisticated aluminum cladding system that’s designed to survive and resist even the most severe of earthquakes.

While most of the old hospital complex has been torn down, some buildings are still standing and will be turned into office space in the near future. 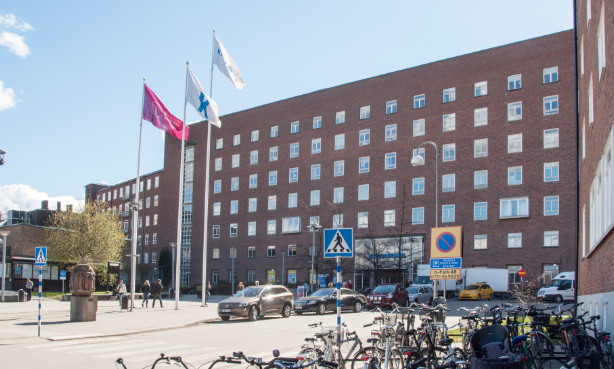 The Karolinska University Hospital is a teaching hospital located in Stockholm, Sweden. Closely affiliated with the Karolinska Institutet, it’s the second largest in Sweden with more than 15,000 employees and 1,300 patient beds. It’s also the birthplace of Victoria, Crown Princess of Sweden (born 1977).

While the original hospital was built in 1940, the present-day hospital is a result of a merger between the Karolinska Hospital in Solna, and the former Huddinge University Hospital, which was located south of Stockholm, in Huddinge. It also incorporates the Children’s Hospital in Huddinge and the Astrid Lindgren Children’s Hospital in Solna. Not only that but they also conduct leading clinical research in collaboration with the Karolinska Institute and other universities.

In 2008, the Stockholm Country Council decided to build a new hospital as that would be more cost-effective compared to renovating the existing facilities. The decision, however, was met with controversy. The building of the hospital has also been criticized for its lack of management and construction planning.

The Pitié-Salpêtrière University Hospital was originally a gunpowder factory. Under the direction of Louis XIV, it was eventually converted into a hospice for the poor, mentally ill and learning disabled. At one point, a prison facility was also added to the site with a total capacity of 300.

By the start of the French Revolution, it had become the world’ largest hospitals, with a capacity of more than 10,000 patients. However, it had no medical function until after the revolution. Before that, all patients were routed to Hotel-Dieu, the oldest hospital in France.

In the end, it wasn’t until 1964, that the original hospice, the Hôpital de la Pitié, fused with the Salpêtrière in 1964, to form the current hospital. It now operates as a teaching hospital with departments in many major medical specialties.

Over the years, numerous personalities have been treated on the premises including Ronaldo, Alain Delon, Valerie Trierweiler, and Michael Schumacher. Diana, Not only that, but several celebrities have also died at the Pitié-Salpêtrière, including Diana, Princess of Wales. The hospital has also hosted a number of notable doctors including Jean-Etienne Esquirol, Jean-Martin Charcot, Christian Cabrol, Philippe Pinel, and Alfred Vulpian. 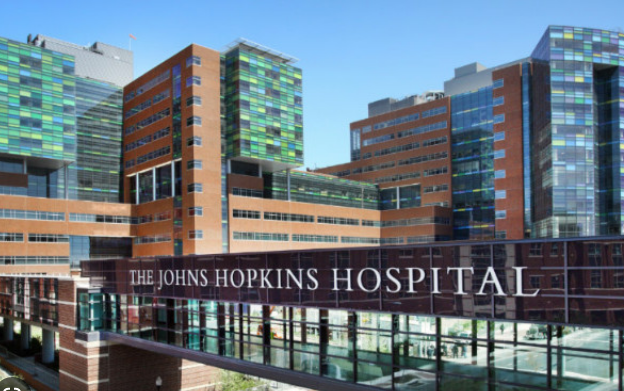 Johns Hopkins Hospital is considered to be one of the greatest medical institutions in the world. Located in Baltimore, Maryland, it’s the birthplace of many famous medical traditions including residents, rounds, and house staff. Many medical specialties were also formed at the hospital including cardiac surgery, neurosurgery, and child psychiatry. An oncology center was also established in the 80s and 90s.

Currently, the hospital occupies 20 buildings on the Johns Hopkins Medical Campus and sees more than 80,000 patients a week. It has over 1,000 hospital beds and had a staff of over 30,000, including 1,700 physicians. In addition to the main hospital, the system also operates four other outpatient care facilities in the Washington and Baltimore metro areas. In 2019, a $80 million expansion project, one that offered imaging, outpatient surgery, and oncology treatment was also completed.

The Johns Hopkins Children’s Center, which is located next to Johns Hopkins Hospital, is also a nationally ranked hospital. It provides comprehensive specialties and subspecialties to children, infants, teens, and young adults and is one of the only ACS-verified Level 1 Pediatric Trauma Centers in the area.

The Charité is one of the largest university hospitals in Europe. Not only that but it’s also one of the most research-intensive medical institutions in Germany. For one thing, over half of all German Nobel Prize winners in Medicine or Physiology have worked the hospital, including Paul Ehrlich, Emil von Behring, and Robert Koch.

It also has a long history that dates back hundreds of years. Originally built in 1710, the hospital was established in anticipation of the bubonic plague. It was later turned into a teaching hospital in the 19th century. During this time, it became home to many notable medical pioneers including neurologist and psychiatrist Otto Binswanger, and Rudolf Virchow aka “the father of modern pathology.”

While many parts of the hospital were destroyed or damaged during World War II, it was eventually restored. By the 1990s, it had become one of the leading teaching and research hospitals in the world. Currently, the hospital has four different campuses across the city: Campus Benjamin Franklin, Campus Virchow Klinikum, Campus Berlin Buch, and another one in Mitte, Berlin. In total, there are more than 3,000 hospital beds. 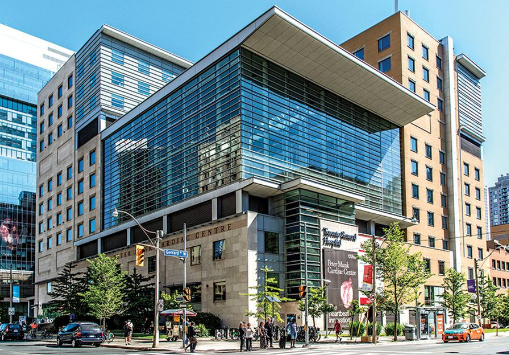 Toronto General Hospital is a teaching hospital for the University of Toronto Faculty of Medicine. Located in Downtown Toronto, the hospital is renowned for thoracic and cardiac surgery and is also the largest organ transplant center in North America. In 2017 alone, they performed over 600 transplants, including those for the heart, liver, kidney, lungs, small intestine, and pancreas.

Not only that but the hospital is also home to the Peter Munk Cardiac Center, the largest open heart center in Canada and is ranked among the top ten in North America.

Built in 1812, the hospital started as a small shed and was used as a military hospital during the War of 1812. York General Hospital, as it was known as, was eventually moved to College Street, near its current location in 1913. A new wing for the hospital has since been completed.

Massachusetts General Hospital is one of the oldest general hospitals in the United States. The largest teaching hospital of Harvard Medical School, it has more than 1,000 beds and houses one of the largest research programs in the world with an annual budget of more than $1 billion.

Founded in 1811, the original hospital was intended to care for the poor. Nowadays, it handles approximately 1.5 million outpatient visits and 50,000 patients each year. The surgical staff performs more than 34,000 operations yearly and the obstetric department handles nearly 4,000 births each year.

The hospital’s trauma center is also one of the oldest and largest in the area. In 2004, they also opened the Yawkey Center for Outpatient Center, which is the most comprehensive outpatient facility in New England.  Since then, a 530,000-square-foot building has also been built; it houses three floors of radiation oncology suites, an expanded emergency room, neurosurgery floors, oncology floors, as well as three floors of operating rooms.

The hospital is also directly attached to the Massachusetts General Hospital for Children, which provides comprehensive pediatric specialties and has approximately 100 pediatric beds. 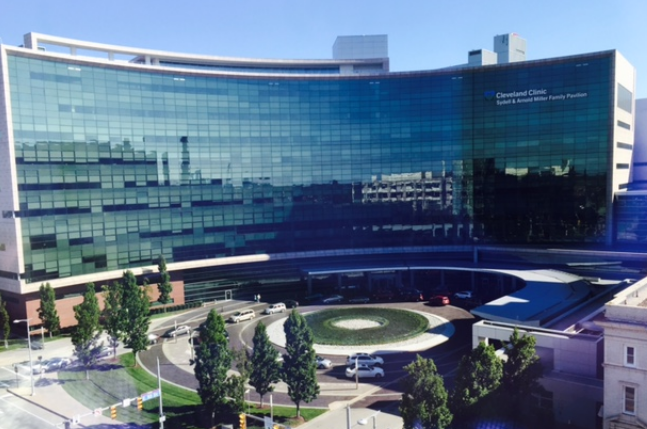 Cleveland Clinic is a nonprofit medical center that’s operated by the Cleveland Clinic Foundation. Based in Cleveland, Ohio, it’s consistently rated one of the top hospitals in the United States, with some of the best pediatric and adult specialties; it’s particularly known for its technological management systems.

Currently, the hospital has more than 67,000 employees, which includes 17,000 registered nurses and 4,500 physicians in 140 specialties. Not only that but it also has 1,900 residents and fellows in training.

In addition to the main hospital, Cleveland Clinic also operates other surgery centers in surrounding areas, including a 1,000-bed hospital in Florida, and two Cleveland Clinics in Toronto, Canada. On top of that, they operate Cleveland Clinic Abu Dhabi, which has over 560 beds. More recently, they also opened a 198,000-square foot hospital campus in London, England.

They also publish the peer-reviewed Cleveland Clinic Journal of Medicine every month, which focuses on diabetes, endocrinology, and internal medicine.

The Mayo Clinic has been ranked number one in the United States for nearly ten years. A nonprofit academic medical center, it focuses on integrated education, health care, and research. There are currently three campuses: Jacksonville, Florida; Rochester, Minnesota; and Phoenix, Arizona.

The hospital offers highly specialized medical care, with the majority of patients being referred from hospitals and smaller clinics from the United States, especially those across the Upper Midwest. As the hospital that performs the highest number of transplants in the U.S., they also draw in patients from around the world.

Not only that, but their research personnel also includes more than 4,000 full-time researchers, 250 full-time scientific faculty members, as well as 766 physicians. In 2018 alone, over 3,000 new human research studies were approved by the review board.

Mayo Clinic also operates the nonprofit college, Mayo Clinic College of Medicine and Science, which is dedicated to training allied and medical health professionals at hospitals in Florida, Arizona, and Minnesota.

In 2021-21, Mayo Clinic in Rochester was ranked the number one hospital in the U.S. by US News & World Report. More specifically, they’re ranked first in diabetes, endocrinology, geriatrics, gastroenterology, nephrology, gynecology, urology, neurology, neurosurgery, and pulmonology. As of 2022, the hospital employees more than 63,000 individuals across its different campuses.