Toybox After Shark Tank Update for 2022 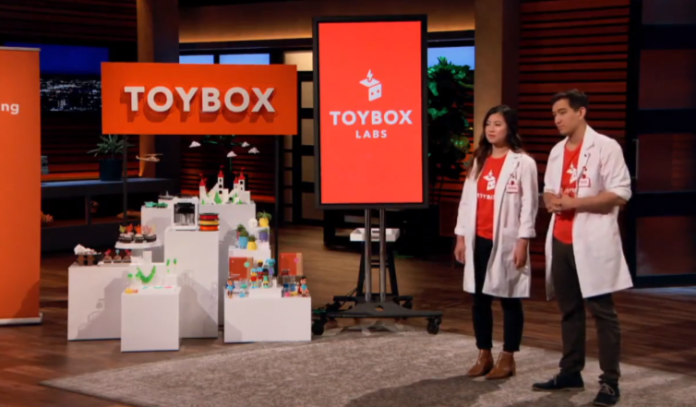 Toybox is a device created by Jenn Chin and Ben Baltes who run the company Toybox Labs. The Toybox was inspired by the activities Jenn and Ben would undertake when they were young for amusement. Jenn used to make buildings out of mud and Ben would raid dumpsters for parts to make contraptions. Like other children, Jenn and Ben had a lot of creativity but lacked the proper tools to nurture their dreams.

The lack of means to express themselves creatively led them to create the Toybox. The Toybox is a 3D printer that was specifically designed to print toys for children. The Toybox app is easy enough to use that it does not require prior training for an individual to start printing with it. A child can simply select the toy that they want from a list and print it out.

Toybox also has a Creator Space App which is an app that enables the user to build their own toys and then print them out. Both Jenn and Ben had worked at Microsoft as developers before they created Toybox. Ben even attributed the low cost of investment to their background as developers.

They did need more funds and professional advice and so they applied to be on Shark Tank. Their application was successful and they were invited to be on the 15th episode of the 10th season. 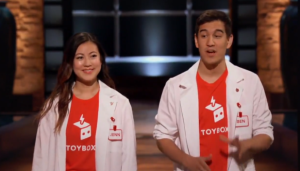 Jenn and Ben went onto Shark Tank seeking $150,000 for 5% of the company. They gave their presentation and after that, gave the sharks some of the toys that they had printed. They had printed figures of the sharks and gave each shark their own figure.

Ben then proceeded to tell the sharks about the amount of capital they had. They had raised a total of $290,000 for their product, which was quite low. He also told the sharks how they built it at such a low cost. Lori then asked if the printer was cheaper. There were already 3D printers in the market and it would not make any sense to buy one for toys if it cost as much as a general-purpose one.

Ben confirmed that it cost much less and was smaller. Its sales price was $299. What made it specifically for children was how user-friendly it was. They had 750 toys uploaded on the device and added 7 to 10 toys every week. They were also monitoring children’s habits and they would develop toys based on the results.

Jamie said that the problem with toys is that they are used a few times and then children no longer have interest in them. $299 was extremely high for a toy that would only be used once and then thrown away.

Kevin wanted to know what their sales had been. Ben said that they had done nearly $300,000 in sales and that was since September and the show was released in March of 2019. They had mainly relied on sales from their website and advertising on Facebook. Mark Cuban then asked what their cost of manufacturing was.

Benn said that they bought the product for $150 and sold it for $299 but they were the only ones who had hardware and software specifically for children. He also said that he targeted children aged 6-9 years old. Jenn said that children could also print products from established franchises like Disney or Minecraft. 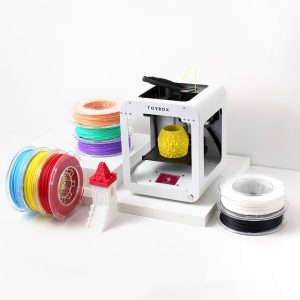 Kevin said that that could be done but it would require licenses. Ben agreed but thought that it was a big opportunity that could not be overlooked. Mark Cuban wanted to know its print speed and he was told that printing the figure that he was holding would take about 4 hours.

Mark Cuban then left. He said that the attention span of a child was extremely short and they would not wait for 4 hours just to start their games. He did see parents helping the first or second time but not being enthusiastic about their support always being needed. This would mean that the Toybox would soon be abandoned like other toys.

Kevin offered Jenn and Ben $150,000 for 10% of the company. He believed in the idea and thought there were parents who would invest $300 in their child’s imagination but they were not that many. He added that the company was in the early stages and would benefit tremendously from his experience with toys.

Jamie Siminoff left. He said that he had a nine-year-old son who he would love to see play with the device but he didn’t see himself paying $299 for it. He was hoping that they would succeed but he would not back them as an investor.

Lori was about to make an offer when Kevin told Ben and Jenn that he might consider changing his offer if Lori left since he would be the only shark available. He urged them to take his deal. Lori then said that they had targeted the wrong age group. If they had targeted a higher age group she would have invested with them. For that reason, she left.

Kevin accepted the offer. Ben and Jenn said that they should have taken Kevin’s first offer but either way with his knowledge of licensing; things were going to work out very well for them.

Toybox Labs Now in 2022 – The After Shark Tank Update 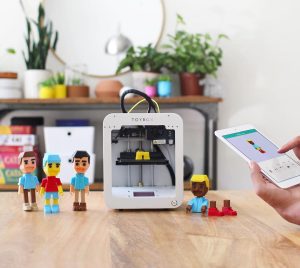 Although they entered into an agreement with Kevin O’Leary, the deal was never made. The company is not listed as one of Kevin’s companies on his website. Despite this, Toybox Labs has managed to find funds from other sources. The venture capital company Legendary Ventures has partnered with Toybox and they have gone through 5 rounds of fundraising since then. It has 16 investors and 1 lead investor.

From those rounds of investment, it has raised $2,100,000 which is a lot more than what Kevin had offered. The company’s targeted revenue for 2021 was $24,000,000. Toybox has also signed a licensing deal with Beano Studios. This means that children will be able to print Beano characters and they will be available on the app.

Covid-19 did slow its production as it disrupted its supply chain but Toybox Labs looks to have recovered. Toybox has 22,000 followers on Instagram and more than 17,000 followers on Facebook and 2,800 followers on Twitter. It also has more than 2,000 subscribers on its Youtube Channel.  Although it has had its challenges it looks like it is headed in an upward direction.