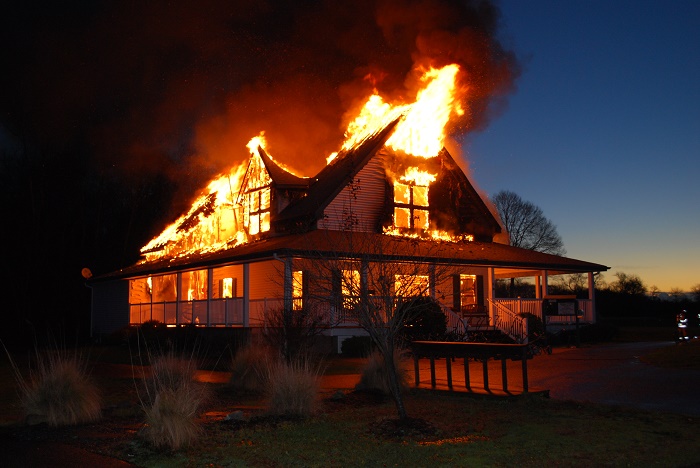 Peter Thorpe, a career firefighter based in Provo, Utah, had seen it all. From minor household damage to loss of life, he saw the damage house fires from appliances could do. Needless to say, fire was a topic he took very seriously. One day, yet another call came in, and yet another apartment complex was in ruins. In minutes, dozens of families had lost their homes. As an aspiring entrepreneur, he saw it as his duty to devise a solution. Peter knew that stove fires were the number one cause for emergency calls. He reasoned that a device could communicate between the stove and smoke alarm to automatically shut off the stove. In early 2014, he took his product, FireAvert, to market.

Peter kept the business alive on his own as long as he could. In its infancy, he entered FireAvert in four competitions, winning all of them. This earned him nearly $100,000 in startup capital, but this quickly ran out. Before long, Peter had to sell equity to his friend, Jeff. Luckily, Jeff became a strategic partner, helping Peter sell FireAvert to multi-family housing facilities and nursing homes. While FireAvert has picked up some steam, Peter needs the sharks’ help to finally take off. 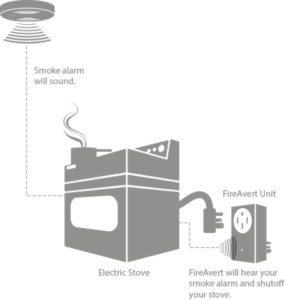 The sharks were honored by Peter’s presence in full firefighter regalia, including a helmet and turnout coat. Evidently, he wasn’t ready to make the entire pitch in his uniform. As he took off the gear, Peter asked for $300,000 in exchange for 7% of FireAvert, setting its value just above $4 million. The product was a prevention tool for property damage and personal injury. According to Peter, once every four-and-a-half minutes, firefighters respond to a stove fire. FireAvert solves this problem by cutting power to the stove in response to the sound of a smoke alarm.

Robert liked the idea but wondered about its practicality. Namely, if the smoke alarm was already sounding, would FireAvert respond too late? Peter responded that smoke precedes fire, so cutting the power can prevent one from starting in the first place. Robert and Lori were interested in the scope of the project. FireAvert was only available for stoves, since they were the number one cause of home fires in the US. It was temporarily available for only electric stoves, a gas version was in the works.

Costs were another potential red flag. Each unit cost $45 to produce. The high retail price of $200 per unit also seriously restricted demand. Despite these less-than-stellar figures, the business was doing well for itself. Peter expected to bring in about $2 million by the end of 2015 at a nearly forty percent profit margin. The sharks had concerns, but they were impressed with FireAvert’s progress. Peter’s success could be attributed to selling directly to business owners. While the $200 price tag might be out of the everyday consumer’s price range, it was affordable for large property owners

Still, with concerns over scope and production costs, Peter was playing with fire. The revelation that he was only a minority owner of FireAvert could have been the final nail in his coffin. While his ownership status (or lack therof) was regrettable, it made sense. Peter didn’t have the startup capital necessary to get FireAvert off the ground. He was paying for the business with his modest firefighter’s income and putting the mortgage on credit cards. To “save” him, a friend and early investor named Jeff had bought 60% of the company for $50,000. Of course, Kevin didn’t think this investor had saved him at all, just delayed the inevitable.

This was the third strike for most of the sharks. In rapid succession, Mark, Daymond, and Lori backed out. They were apologetic, since FireAvert solved a real problem. However, it’s critical for entrepreneurs to hang on to equity in the early stages of their company. They feared that, at under 30% ownership, Peter wouldn’t have enough motivation to work hard for the business. Diluting him further would just encourage him to move onto something more profitable. Robert was about to step in and say the same thing until Kevin came up with an unusual offer.

He was willing to offer $300,000 to buy out Jeff’s stake. Presumably, the majority of this would go directly to Jeff, and Kevin would take his place, owning 60% equity. The rest would go to Peter and other minor investors to inject back into the company. Most importantly, Kevin would also offer Peter 51% voting control. This way, he could reclaim leadership of the company he started. This creative offer roped Robert back into the deal. He could do Peter one better and offer $400,000 under the same terms.

Unsurprisingly, Peter wasn’t quick to accept this offer. Jeff had been a strategic partner and the opening to FireAvert’s corporate deals. Besides, the 60% wasn’t exactly his to sell. Lori agreed – she thought they were wasting time. Although Mark was (by all appearances) out of the running, he ushered Peter into the hall and called up Jeff to fill him in. As expected, Jeff wasn’t too pleased with either offer. Yes, it would mean a profit of $250,000 or $350,000 in under two years. Alternatively, he could keep his stock and make 60% of the business’ total profits, which were nearing $1 million per year. Jeff urged Peter to be reasonable, despite the “bright lights”.

Peter returned to bear the bad news. Jeff would consider diluting alongside Peter, but he wouldn’t sell his shares directly. With this, Kevin and Robert dropped out immediately. It looked as if FireAvert’s opportunity had gone up in smoke. However, Peter was persistent and returned to Lori. He knew that QVC would be perfect for his product. About a quarter of Americans over 75 have dementia and are at high risk for home fires due to negligence. He could see tens of thousands of grown adults buying FireAvert for their aging parents. Lori was listening, but she needed more. Peter, somewhat feebly, offered 12% of the company, up from 7%. Lori had other ideas.

She offered a low-interest loan of $300,000. In exchange, she would earn a royalty until she was paid back in full, then she would own 12% of the business. Lori had taken Kevin’s place as the creative one, but he knew a profitable idea when he heard one. Kevin countered at the same loan amount, a lower royalty, a higher amount to be paid back, and a lower royalty. After going back and forth on specifics for a few moments, Peter eventually turned down Kevin’s offer and worked out a deal with Lori. While she was looking for greater equity in the company than Kevin, Peter knew she was the best strategic partner. In the end, they closed at a $300,000 loan, a 10% royalty until she was paid back $400,000, and 10% equity.

Ultimately, FireAvert got a deal, but it was a rough process. FireAvert had the margins to afford a royalty deal, but losing even more equity was bad news for Peter, who was already equity-poor. The loan structure was an extremely safe one for Lori and a costly one for Peter. She would earn interest on the loan and recoup the entire principle after 80,000 units were sold. Given that FireAvert had sold nearly this amount in its first year-and-a-half on the market, Lori could expect a full return on her investment in under two years. Ideally, the $300,000 would be enough to get the word out and prepare enough inventory for a large production run via QVC. One can only imagine the kind of deal FireAvert could have earned instead if Jeff came forward and petitioned the sharks instead of Peter.

Unfortunately, the deal with Lori didn’t work out in the end so the product never made it to QVC. Despite that, the business has continued to grow.

Since being on the show, Peter has lowered the unit price from $200 to $150 (extension cords are available for an additional fee). A third party also started to sell the product on Amazon, where for a brief period, it was available for $100 (they allegedly took advantage of bulk discounts to lower the price).

He and his team also traveled extensively after their Shark Tank appearance to promote the product. In 2016, they participated in the Utah Economic Summit and the Big Biz Conference hosted by Beehive Startups. They also appeared on several television stations including Fox 5 Vegas, KTLA, and Good4Utah.

By 2019, they had done more than $3.6 million in sales, which is impressive seeing as how they had achieved it all on their own without any of the sharks’ help. This is partly due to the fact that they started focusing on multi-family property owners. He has also continued attending trade shows to target rental property owners.

Later that same year, they introduced a new version of the FireAvert—one that is designed for gas stoves.

As of 2023, it’s still available for purchase. Currently, they offer two types of FireAvert Monitoring systems for electric stoves—a three prong version ($209.99) and a four prong version ($209.99). The more recent gas version ($229.99) is also available on their website. It’s important to note, however, that you also need a subscription plan to use the product and there are two options for that; you can opt for the monthly plan for $6.99 a month or the annual plan, which works out to be $4.99 a month (25 percent savings).

Not only that but they’ve also released a FireAvert Monitoring system for microwaves. Similar to the original FireAvert, it will cut off the power to the microwave if the smoke alarm goes off.

In addition to that, they’ve introduced a WaterAvert system, which provides real-time water detection for washing machines, water heaters, toilets, sinks, and more; this allows homeowners to detect leaks as soon as they happen so that damage can be mitigated.