Tristen Ikaika is a jewelry designer who first gained attention as an influencer on Instagram. He quickly became known for his unique rings, handcrafted from thrift store spoons. Ikaika’s designs rapidly gained a loyal following. He did once-a-month product drops from his website, which were promoted via social media. However, it was his appearance on Shark Tank that really put him on the map. Ikaika’s confidence and charisma won the audience, but would it win over the Sharks? Let’s take a look. 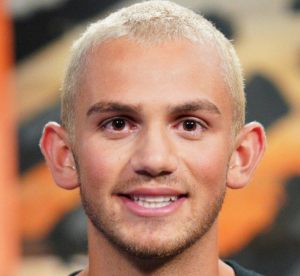 Tristen introduced himself. He listed his extra-long name to the surprise of the Sharks. He said he was from Utah and was seeking $250,000 in exchange for 5% of his business. He was wearing a black T-shirt with his initials on the chest. Tristen began his presentation by telling the Sharks that he stole a spoon from his mother’s utensil drawer and did a successful business. He said they might not believe it, but that’s precisely what he has done.

Tristen explained that he went worldwide looking for different spoons and sources of inspiration. He made customized collections based on his experiences. He promotes these through social media and does a new product drop monthly. He asked the Sharks to guess what, encouraging them to answer him. He claimed that his product draft sold out within minutes.

The word Tristen used to describe the phenomenon was an online frenzy. He has people camp out in their work bathrooms fighting for a spot to get one of his rings. He asked them if he got them to realize how crazy that was. Lori looked impressed. Rolling his eyes a little, Daymond looked bemused. Tristen called himself the ring king. He said that he used the power of branding and the excitement of Gen Z to build a great brand off of himself. He smacked his butt. He said that he could even turn a spoon in Mr. Wonderful’s mouth and turn it into a beautiful work of art that anyone would want. He mimed making himself throw up. He had all of the shakes laughing at this point, even Kevin. Tristen finished his presentation by asking the Sharks who wanted to put a ring on it and spoon with him.

Tristen said each Shark had customized press boxes in front of them. He instructed them to open it and dump the cup of water behind the box with their name on it. This causes a chemical reaction of fog blowing from the pack. Lori laughed and wanted to see the rings. Kevin told him it was very cool and pretended to be doing witchcraft. The other Sharks also looked impressed. 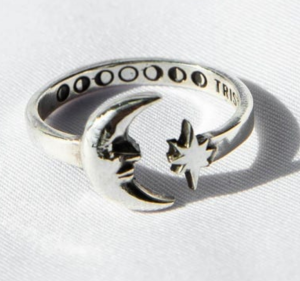 Tristen told them to open up the box. Inside, they found an assortment of rings. Daymond told him it was beautiful. Tristen explained that this was a press box set up that he had used in the past, so they were getting the entire experience. Lori told him that he had excellent presenting. Kevin wanted to know if they were all made from spoons.

Tristen said he initially started with spoon rings, and his process evolved. He said when he was 12 years old, he saw a family friend with a spoon ring. He thought it was the coolest thing. He and the family friend stole one of his mother’s spoons, and the friend taught him how to make it. He wore the ring for years. When Tristen was 17, his father had a heart attack. Lori apologized to him. Emotionally, Tristen continued his story.

He had sat with his father before his bypass surgery and realized how short life was. His father survived, but things didn’t stop being rough for the family. Next, his mom was diagnosed with breast cancer. Tristen made a promise to himself at that moment. He was never going to be a hardship to them. He would do everything in his power to take on the responsibility of his parents, physically, emotionally, and financially. He swiped his sister’s camera to use it to make money. Tristen became an influencer and posted his pictures from various locations worldwide. Around 2017, he noticed a trend that people were asking about the rings he wears. He thought he could make some money with that as well.

Tristen said he went to the thrift store and bought some $.25 spoons. He made a bunch of rings and did a drop. That night, he sold 155 pieces from his website. He made $4000 that night and thought he was rich. He joked that he was coming for the Sharks chair at that point. He mentioned that he eventually had to change tactics a bit. It wasn’t sustainable to bend hundreds of spoons every time he wanted to do a drop. 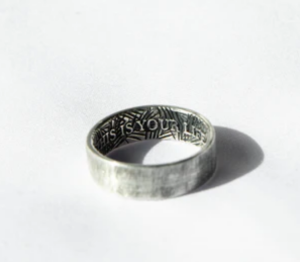 He designed and made 3-D models of each of his rings, and they did the production. Tristen was able to pivot and work hard on finding a good manufacturer. He was able to find a good supply chain company. Mark Huben asked how many followers he had on various social media platforms. Tristen let them know he had 70,000 followers on Instagram, and he had just started on TicToc. There, he was able to reach 15,000 followers.

Lori requested his overall sales total. Tristen advised that he had been two. $1 million in sales. So far in the year, he had made $570,000. That impressed all of the Sharks. Mark Cuban launched into an explanation of what a drop was. He explained to the audience in the Sharks that a drop was launching a collection and only selling so many products. Once they were gone, they were gone. Tristen stated that he did his drops once per month and did not sell anything in between them.

Daymond wanted to know how much the typical ring would cost. Tristen explained that he charges $50 per ring. In his last drop, he sold 3200 units and made $155,000. Barbara wanted to know how long each drop lasted. The last one was over in 24 hours, but Tristen said he had one that ended in 20 minutes because everyone had purchased all the products.

Kevin cut in and asked him what would happen if he made an offer and Tristen got run over by a bus. Tristen laughed and said that it would be regrettable, and he would feel quite inadequate. The Sharks all burst out laughing. Barbara told him it was the most honest answer they’d ever gotten in the Tank.

Tristen emphasized that he needed infrastructure and help. He saw himself as resourceful but felt as if he had made it as far as he could on his own. He has a team, but there were few people on it. He has watched the show since he was 10 years old, and it taught him to believe in himself. Anyone, no matter their circumstances, could work hard. 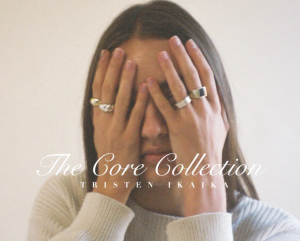 Mark wanted to know his plan for expansion. He said doing additional drops could be detrimental to their overall appeal of them. Tristen Ikaika said he thought of doing a core collection that would be available all the time, and still do the monthly product drops. He wants to be careful with the hype he has been able to create surrounding the drops, while still giving something to those that were too late to snag the limited-time offer.

Barbara asked about his age when he first began the business. Tristen related that he was 19 then, and he just turned 22 when he was appearing on the Tank. Lori was the first of the Sharks to go out. She liked the product and the business concept but did not believe that it was investible.

Tristen took the blow in stride and addressed the rest of the Sharks. He said that he was willing to work hard to reach the full potential of the business. Daymond told that he could not offer Tristen an investment he would be happy with as he would need to give it a correct valuation. Daymond went out, saying he wouldn’t be able to make his deal both profitable for him and suitable for Tristen Ikaika.

Kevin did something wild next. He told the young entrepreneur that he wanted to be a partner and benefactor of the arts and take a 50% cut of the business. For that deal, Tristen would have access to Kevin’s extensive social media following, and some of them would turn into buyers. Kevin would also confer with the people in the industry that he knew. He claimed he knew exactly what to do to continue to make Tristen successful. The only cat was that Tristen would need to take out life insurance. Kevin said that that mitigated the risk of him getting hit by a bus and Kevin losing his investment.

It was clear that the other Sharks thought that this was ridiculous. Lori expressed worry about Kevin literally taking life insurance out on him. Kevin assured them that Tristen was worth much more to him alive than dead. He tried convincing Tristen that it was a fantastic offer and that he should take it. Tristen was hesitant. He said that 50% was too much.

Before Tristen could counter, Barbara attempted to make an offer for $250,000 in exchange for 20% equity. Kevin cut in again for 15%, cutting his original equity ask by 35%. He claimed that he vibed with Tristen and desired to be a patron of the arts. Tristen took him up on the deal.

Tristen Ikaika Now in 2023 – The After Shark Tank Update 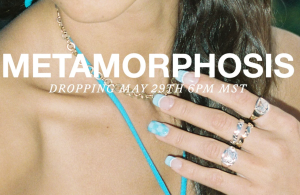 Tristen Ikaika continued to build his brand after Shark Tank. In 2023, he now has many lines of jewelry that are sold in stores and online. He has continued to grow his social media following and now has over 140,000 followers on Instagram. Tristen’s company is now worth millions of dollars, and he is one of the most successful entrepreneurs to come out of Shark Tank.

Tristen Ikaika is a self-made millionaire. He is an inspiration to people all over the world who are looking to make their dreams a reality. Tristen is proof that anything is possible if you work hard and never give up on your dreams. Thanks for following Tristen’s journey, and check back for updates on his latest ventures!