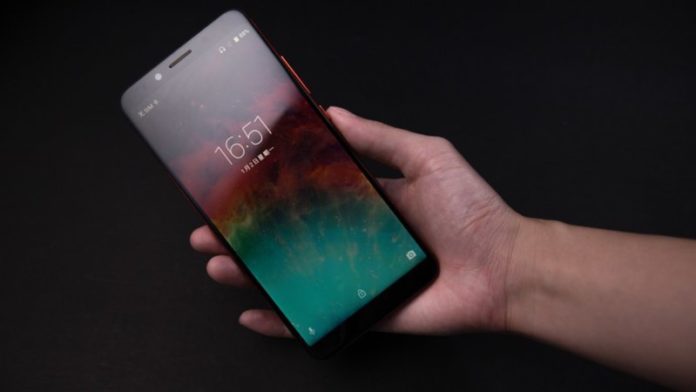 Got another inexpensive Chinese handset to try out, The Umidigi S2 Pro. A riff on the Galaxy S8, and if you are going to emulate a current design that is a good one to go for. The usual caveats with Chinese handsets stand, limited LTE coverage in the US, sub par warranties and usually lesser specs, but the positives on this build more than out number the downsides. This is a big phone, with a big battery, and under the hood is far from terrible.

The Chinese smartphone industry is so weird to me. Most of the manufacturing for the big name western companies happens in the country, so you have all these firms sourcing parts from the same factories as the big boys and mish mashing together parts from several generations, leading to this odd hybrid phones. Don’t get me wrong, I love the market over there, mainly due to the asking price, but from the outside view it is very different from what I am used to.

Umidigi specialize in mid range, low cost handsets. They were founded in 2012, making them downright venerable in this market, and in the early days there phones were actually astoundingly good for the price of them. The specs were only a shade beneath the competition, the builds were designed to be easy to load custom roms onto, OS not emulation, and they worked out of the box in most markets, including the US. These days they make whatever the polite word for knock off is. They lost their easy to flash builds, and instead make passingly similar copies of Samsung and Apple products. Far from a bad business model, but I wish they were able to retain the features of their first dozen or so designs.

All this sounds very negative. In truth I don’t have a problem with the S2 Pro. I took a look at the specs and found them to be very impressive, especially for the price. The screen is the selling point though, and it is a work of art. A full 18:9 display in 2160 x 1080. It’s bezel-less as well, meaning that the handset is sitting in the 5.5″ form factor with a 6″ screen. If you read their site, which is wonderfully translated, that description might throw you, but essentially they mean it’s the same size as a 5.5″ phone with a hefty bezel. Holding it feels nice, but then I am used to larger 6″ phone, my main is still the old Nexus 6. The CPU is octa core, for power saving, and the battery is 5,100mAh. That is a big battery, and they claim it will last a full 2 days, but I can drain it in a few hours with ease, but then I doubt many folks are going to be trying to run anything as intensive as optimized emulators in theirs.

So let’s get into the review proper, see if this is worth your money.

Right out of the box this phone is nice. The look of the build is top notch, bearing more than passing resemblance to the gorgeous Galaxy S8. The 5.5″ form factor makes it far smaller than I thought it would be due to the size of the screen. The fit of the parts is fine. The choice to go with a unibody all metal design was a good one, though it does limit you should anything go wrong. Color wise we are only looking at two options, but you can find a cover to fit it fairly easily. I prefer a less flashy phone, so the black suits me fine, but the red is far from terrible. The phone comes with a headphone jack, weird that that is a selling point, but it is not resistant to water. No IP rating for this one, which is a major selling point on other handsets. If you are more of an outdoor person then you might wish to look elsewhere, but I imagine that is a small section of the market. Overall this is a lovely looking design, and the build quality is far higher than I expected.

The Os on the pro is Umidigi’s own, a variant of Android, and while it works it is far from ideal. I am not a fan of using anything other than my own custom, and I advise you get rid of this if possible. I didn’t try, and I have read that doing so with the board on this is harder than it needs to be, disappointing considering how much they bent over backwards to allow this option in their earlier models.

The core specs are not bad, the mediatek helio P25 is far from amazing, but is cheaper than the far superior snapdragon. The CPU is an octa a-53, at 2.5Ghz and 1.4Ghz. The lower spooled four cores are for saving battery, and they do a good job. A lot of phones are doing this these days, but they tend to retain the smaller batteries of the quad core designs. Here we got the octa core and the 5,100mAh battery, so with light use the phone could last a couple of days. The mali-T880 GPU is okay. nothing to write home about, but it can play a fair few games, and it is suitable for emulation. If that is your primary concern then get something with a higher end Adreno in it. 6GB of Ram is nice, but phone Ram is built for battery saving, and thus is a little slow across the board, even with the higher end phones. 64GB of storage as standard is nice, and the expansion slot will support 128GB.For some reason there is a finger print scanner. I don’t know why these are on phones now, security I assume, but I don’t know what they offer over traditional security measures, so for me it is not a selling point.

The camera is actually pretty good. A Sony IMX 258. Tops out at 13MP, which is far more pixels than can be displayed by any phone, and the vast majority of monitors. I do not have a trained eye, so the difference between this and any other IMX258 is lost on me. The implementation matters, and I can at lest attest that there are few camera options to choose from. Better software might be a solution, but I am not much of a photographer, and only really take pictures to test out the phone. Certainly worth looking into. In terms of raw power it should be more than up to any task the average person might put to it.

Overall this is a nice build. The look and feel are top notch, and the core specs are fine, if nothing particularly special. I have found that core phone tech has somewhat stagnated these last few years. Without some kind of breakthrough battery tech I think this is where we will sit for a while. The difference between this and the actual S8 under the hood is not nearly as much as I would like, especially when we factor in the price.

Speaking of the price. Umidigi may not have completely blown me away the with the phone so far, but the price re contextualizes everything. You can get the S2 Pro for as little as $229.99. Right now it is on offer too, down to $199.99. That is a ludicrous price for what you get, and while there are a number of major downsides tot he phone, so long as you do the research it will do well as a back up.

The warranty is what I thought it would be. When you buy Chinese handsets you sacrifice aftercare support for a far cheaper price. I think it is a fair deal personally, but then I haven’t had a phone break on me before, so I imagine my opinion might change should that happen. You get a year here, but ti only covers factory faults, and they do not have an in house repair shop. The warranty page on their site is a bit ESL for my liking, so there are conflicting statements on what they will and won’t do. I suggest that should you buy one these you just write the warranty off from day one, that way should anything go wrong you can only be pleasantly surprised.

That price is amazing. It more than makes up for any problems I might have with the build. You will not find a phone that looks like this at that price point anywhere. The warranty is a bit of a messy bust, but we know that already. Until a Chinese firm establishes itself in the western market they do not offer decent aftercare support. A shame, but considering the price we pay I can’t argue with it.

The biggest issue with the S2 Pro is the carrier bands. The S2 Pro is specced for the Asian market, and as such supports a few unorthodox LTE frequencies. For most carriers you are likely to get only 3g connectivity. But I have looked into this and there are a few Cell firms that do offer LTE coverage in the right bands for this phone, like GCI Wireless. The 4G LTE bands that this phone works on are 1800, 2100, 2600, 800 MHz. For 3G you get 2100, 900 MHz, and if you are really stuck there are 2G frequencies at play here too, 1800, 1900, 850, 900 MHz. If you happen to be lucky enough to get support in your area then awesome, but most folk will not.

Despite that rather major issue I still think this is a nice option for those who like the aesthetic of the S8 but don’t have the guts of a grand to drop on a new phone. The specs are fine, the look is grand and the price is excellent. Overall the S2 Pro is a well put together build and an excellent option for the price.

To learn more about the phone and see any available deals you can click here.