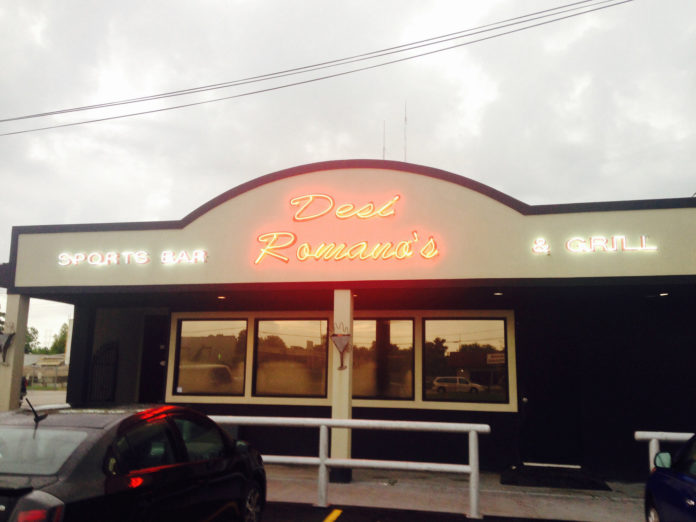 Veteran bar owner Desi Romano was big in business on the bayou for 25 years – for 25 years, he has been part of the bar business. The industry is his life. Manager Lindsey is also Desi’s daughter, and head cook Bethany is Desi’s niece. Bethany insists that it’s rare when someone doesn’t like her food. Although the bar was greeted with immediate success, things took a turn for the worse. Desi had a stroke and almost died and it was a horrible time. Desi was forced to take time off – walking was nearly impossible. With Desi’s larger-than-life personality gone, combined with Lindsey’s lack of experience, the business began to suffer.

Customers came and they liked to see Desi, but without him there, people stopped coming. Four months later, Desi re-entered the bar, but like Desi, the bar struggled to regain his footing. Now, he is very lackadaisical. With Desi not caring about the bar, the staff quickly followed suit. Nobody is running the place, Bethany says, and you can do what you want – there is no repercussion to an action. Instead of fixing the problem, Desi took to drinking.

To make matters worse, Desi let the staff run open tabs for themselves. Although Desi knows that he can’t let the doors close, as he has no backup plan for retirement, he is desperate for things to change. With the family’s legacy on the line, Desi has called in to Bar Rescue and Jon Taffer to help save the bar.

In Chalmette, Louisiana, Jon Taffer sits outside Desi Romano’s Sports Bar and Grill with his car containing two experts. Chalmette is a young area with a median household income of $40,000, which means it’s not wealthy town but not a high cost of living either. The front of Desi Romano’s Sports Bar and Grill looks clean and lit up, and both Derrick Turner (mixologist expert) and Tiffany Derry (culinary chef) agree that they would definitely stop and grab some food there.

The inside of the bar is desolate and has no concept, and it has no personality. Jon explains that Desi has been in the bar business for 25 years and is currently in debt $150,000. He is currently losing ?? amount of money per month, as even Jon does not know. Then Jon lays down the circumstances – Desi had a stroke a few months ago, and now he’s back. Jon even wonders if the failure of the bar didn’t cause the stroke. The staff of the bar scurries about to perform their duties, but a lot of burden comes down to Lindsey. Lindsey needs to relieve Desi the burden of physically coming to the bar every day. However, Desi is not relinquishing that control.

In the kitchen is head cook Bethany. The most important thing to note is the disrepair that the kitchen is in – the cutting board is stained brown/yellow, which means that it hasn’t really been stained, cleaned or scrubbed down. Some of the stains looks like mold, and Tiffany says that the cutting board had to have gone a long time without being cleaned to become such a disaster. One of the staff swats away a mosquito, which causes Derrick to burst out laughing.

Tiffany notices that most of the employees are smoking and drinking at the bar. While smoking in a bar is legal in Louisiana, it is not legal for staff to be smoking and drinking in food preparation areas. Most of the staff has been working at Desi Romano’s Sports Bar and Grill for years, and every one of the employees has a bar tab. They all owe Desi Romano money. Jon has never seen an owner encourage employees to drink with money they don’t have. Four years ago, Jon performed one of his favorite rescues at Spirits on Bourbon in Louisiana. It was one of the greatest turnarounds in Bar Rescue history, so he asked Brad and Steve, the owners of Spirits on Bourbon, to perform recon.

Brad and Steve enter the bar and order a rum and coke, as well as a “hurricane.” One of the bartenders does not know what a hurricane is, although she offers a margarita with salt – quite the downgrade. Brad points out that the signature drinks have been huge for them. The first drinks that Brad and Steve order are actually on Desi’s tab. Brad and Steve joke that Desi is allergic to money, and even Jon says that “free should never be expected.” Something free should be special, but when you come out of the gate with free stuff, now free is expected.

The drinks are made very poorly, and they’re loaded with alcohol. One of the bartenders then pours a drink out of a cup, using another cup to bottleneck it, which has all sorts of health violations involved. The drinks, unsurprisingly, are disgusting. Desi then buys his patrons another shot of alcohol, and Steve and Brad mention that the shots are gross. The two spies then go to order oysters, which Desi Romano’s Sports Bar and Grill does not have.

Brad’s eye is caught by the “First Place Mac and Cheese,” which Bethany explains is an award from one of the mac and cheese competitions that are hosted yearly in Louisiana. Then, Jon explains that Louisiana is one of the culinary capitals of the world, so presentation matters. The cooks don’t even seem to be trying, as they are slopping the stuff in the bowl. The pasta that is being prepared is not baked or creamy, and it’s sitting on top of bread that’s now just wet. Bethany, the head of the kitchen, is never actually in the kitchen.

Brad and Steve finally receive the First Place Mac and Cheese, and it’s very disappointing. Another round of shots are given out, but Brad and Steve cannot finish the meal with as much alcohol as they’ve received. Tiffany says that she cannot even begin to imagine the price of the tab with all the free drinks given out tonight. Desi himself looks absolutely hammered, and Lindsey tries to calm down Desi’s drinking. No more drinking, but Desi is not listening. The staff is clearly distraught, and this is a perfect example of the power struggle that has caused Desi Romano’s Sports Bar and Grill to drop $150,000 in debt, and losing a countless sum of money per month. Even worse, if Desi does not get his drinking under control, the stroke and alcohol could contribute to the demise of Desi Romano. Jon has seen enough, and there is more than a bar to rescue here – there is a life at risk. Jon storms in, intent on stopping Desi’s drinking.

One of the very first things that Jon Taffer made sure to do was lay down the law on Desi Romano himself. No drinking on the job, no employee tabs, and understanding when to “get the hell out” if you’re not helping (Jon’s words, not mine!) Desi Romano’s Sports Bar and Grill is still open to this day, and for the most part, things seem to be looking up.

Once Desi was fixed, then Jon and his team could begin to fix the rest of the bar. This came with revitalizing the menu with a lot of Louisiana-centric food, such as po’ boys (chicken, shrimp, etc on a bun with mayo and lettuce), as well as seafood like oysters. Unfortunately, people are still allowed to smoke in the bar, but that is largely due to Louisiana law. Desi Romano’s currently has a 4.5 star rating on Tripadvisor, a 4.2 star rating on Yelp, and a 4.4 star review on Google.