Theresa and Robert Frejo of Laguna Niguel, California, are a mom-and-dad couple who are responsible for founding and owning Veggie Mama. Getting their children to eat healthily has always been a battle, so in order to properly feed their children all the necessary vitamins, they got creative about the recipes they would need to make. Theresa and Robert are both heavily invested in Veggie Mama, having invested every dime of their savings and even going so far as to sell the diamond from Theresa’s wedding band to fund Veggie Mama.

Theresa enters the Shark Tank and introduces herself, saying that she is the Veggie Mama and Robert is the Veggie Papa. They are seeking $75,000 in exchange for a 15% equity. Theresa continues to say that every parent knows it is not easy to get children or husbands to eat their vegetables, but with Veggie Mama, it is 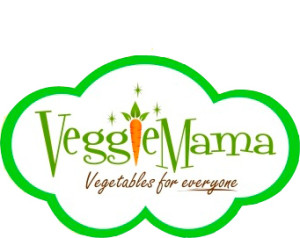 easy to sneak in those essential nutrients. Picky kids typically want something tasty, which spinach and beets are not – so Veggie Mama has created Garden Pops, which are snacks made with real fruits and vegetables and sweetened only with organic agave nectar – no artificial colors or flavors or preservatives are found in Veggie Mama. Theresa then offers the Sharks a sample, mentioning the flavors she has prepared including a Cucumber Citrus Flavor which she says their children love, and is far healthier than spinach alone. The flavors included in Garden Pops are Carrot Berry, Citrus Cucumber, and Sweet Potato Pie. The sharks are all surprised by the flavor of the pops, as Theresa continues on to says that it is gluten and dairy free, as well as friendly with vegans.

Kevin says that he is surprised by the taste, and he had thought it was just going to taste like crap. The sharks continue to question the details about Veggie Mama. Each package costs around $1.10 to make for 6 pops, and wholesale is at $2.25. Sales are around $30,000 currently, with most of those sales having come through within the last 6 weeks prior to filming the Shark Tank episode. After starting in Whole Foods, they moved on to also include Sprouts Farmer’s Markets. Robert questions the details, wanting to know more about the journey of Veggie Mama. Theresa says that she has been mostly the Mama in Veggie Mama, while Robert dropped out of law school. Mark notes that despite Robert dropping out of law school, there is actually one less lawyer involved in the process, which could save the two some money. 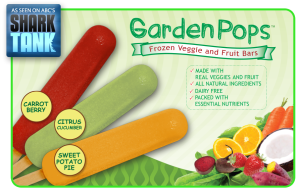 Robert questions the method of production; how it is made, what is the capacity, and how much room they could add. Theresa says that they have much more room for additional capacity, and that they rented a facility out of Southern California. Mark asks how much money has been invested by the couple in the Veggie Mama business, which Theresa says the total investment has been a total of $140,000 – $30,000 of their own, and $110,000 from an investor friend. At the facility, Robert and Theresa are running the machinery. Theresa works full time, while Robert works part time and has a separate job full time making $67,000 – Kevin says that for the same amount of money, he can buy Robert as a full time employee for the business.

Mark steps in and says that he has had experience with frozen food business, and that to take it nationwide would be a huge effort and cost, and he does not want to scramble for it – he is out immediately. Barbara says that she believes it would be in the best bet of the two to find a partner, and that every partner she has had in a similar business has had the opposite of Veggie Mama’s numbers. $110,000 in sales through $30,000 of investment. Barbara is out as well.

Kevin says that he would invest the $75,000, wanting to make $.50 off every unit, which would then drop to $.25 once he recovers his entire investment. Kevin says that he has had success with this structure in food, namely in cupcakes, and that he has had a monster success in working with this structure. Robert says that there is no other business like this in the United States, and they must go with it; however, his problem is that $75,000 does not seem like enough money to go out and make a proper business of it. Robert offers $75,000 for 25%, and within the next 6 to 12 months, intends to make an additional offer of $75,000 to let Robert come back into the business full time so that it doesn’t even have to come out of the business – this brings the $150,000 investment to a 25% stake.

Lori says that she loved the product, and would also like to make an offer of $75,000 of 20%, and says that if there is the need for more money as the metaphorical ball gets rolling, she can provide it to Veggie Mama. Lori also has connections to numerous stores, and can work on exclusive deals with distribution. Kevin rebuttals, saying that he thinks getting Robert back to working full time is crucial to the success of Veggie Mama; he offers $150,000 at the stipulation of Robert quitting his job upon receipt of the cash, and continuing to give Kevin $.50 of each unit sold until he recoups his $150,000 investment, where it then drops again to $.25 per unit. This essentially sets Kevin as the bank, since he says that he does not believe he needs equity.

Lori says that whenever Kevin would like to spice things up in the Shark Tank, she would as well. She says that she has invited Robert also in on the deal with her. Robert says he would offer $75,000 for 20%, and would offer another $75,000 when Robert is ready to return to the business full time, but along the way, they would want a $.20 royalty since Veggie Mama would be receiving two of the Sharks.

Mark steps in and says that he feels Robert and Theresa have made a big mistake; when you are supposed to walk into the Shark Tank, you look for the sucker. He feels that the new deal Robert made is not as good as his old deal, and since they didn’t take the sucker up on his deal, that the two are actually the suckers – they could have received a lot more money for a lot less, and were unable to get the best out of their negotiation.

Ultimately, Robert and Theresa Frejo of Veggie Mama settled upon a deal with Mark and Barbara for $75,000 for a 20% equity with no royalty. The Sharks almost entered a sort of bidding war, working together with each other to collude out other Sharks.

Where is Veggie Mama Now In 2022 – After Shark Tank Update?

With Barbara’s help, they were able to get the VeggieMama pops into Whole Foods and Sprouts. They were also available for purchase through other retailers via Instacart. That’s not all, they also launched a website where customers could order the pops online.

That didn’t last long, however. Within a few months, the pops were pulled from stores (they did provide a recipe for them on their site, though). They eventually changed the company’s logo as well. If anything, it looked as if they wanted to refresh the brand altogether with a new range of products.

And they did. Not long afterward, they released a line of vitamins and supplements, ones with “the same health principles [they] begged to offer when [they] first started Veggie Mama”, according to their site. Plant-based, they came in powder form and could be added to smoothies or used in recipes.

There were two flavors to choose from, both of which claimed to help with digestion, energy, and immunity. The company also stated that they may help with detoxification, weight loss, and physical transformation. However, there were no customer testimonials on the site so you just kind of had to take their word for it.

They also offered different kinds of cleanses that spanned 3 days, 10 days, and 21 days.

But that didn’t last either. They eventually shut down the company in December 2018. Their last Twitter post (about a 15% site-wide sale) was in June 2018 and their official Facebook page has since been deleted. Interestingly enough, however, their website is still online.

Certain elements seem to be broken, however. For one thing, the store locator feature no longer works. It also shows a broken page if you click on the “Shop Now” button. Given that, it’s probably fair to say that they’re no longer active. For all we know, the domain probably just hasn’t expired yet; that would explain why the website still works when everything else has been shut down.

So, what is Theresa Fraijo up to now? According to her LinkedIn profile, she’s currently an Accounts Payable Manager at the State of Colorado, a position that she’s held since July 2019. Prior to that, she was an Office and Sales Manager, before becoming the co-founder and National Sales Manager of Veggie Mama, Inc. in 2012.

Will she and her husband be making a comeback with a different product? Our guess is no. As far as we can tell, they seem to have gone back to their day jobs.