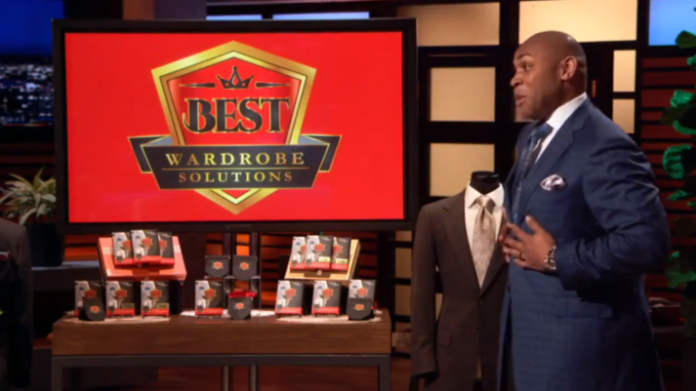 Best Wardrobe Solutions is a company that was started by Cedric Cobb to provide men with solutions to their fashion problems. Everyone needs to wear clothes but in order to make the look complete, we need accessories such as a tie or pocket square. The pocket square makes the formal male look complete adding a spot of interest to an otherwise monochrome look.

Although Cedric had started the business and made a lot of progress, especially with sales, he needed more capital to grow and advice on better revenue streams to pursue. For this reason, he applied to be on Shark Tank and when his application was approved, he was invited to be on the 21st episode of the tenth season. 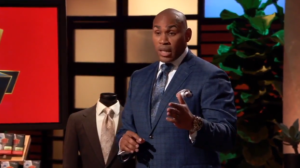 Cedric went onto Shark Tank seeking $200,000 for 15% of the company. He started his presentation by showing the sharks his product. He had 5 models with him to show how good the best pocket square holder looked on a suit. He gave the sharks some samples to try and Kevin O’Leary even walked around to show the other sharks what it looked like when worn on his business suit.

After Mark left, Cedric introduced his latest business partner, former NFL Linebacker, Ray Lewis. Ray Lewis then endorsed the product that Cedric was selling. He also said that he was happy with what Ray was starting and that was the return of the gentleman. All the sharks recognized Ray Lewis except Lori but she was quickly brought up to speed about his achievements including his recent induction into the NFL hall of fame.

Cedric then told her how inspirational Ray Lewis is and he has even learned from the things he has said such as about the importance of paying attention to detail. He also said that he grew up in a place where people would be viewed negatively if they did not dress in a certain way until he got used to it. 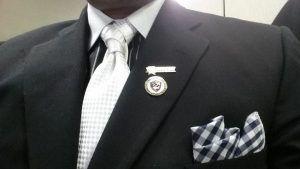 Lori then asked Cedric if he ran the company by himself. Cedric said that he didn’t. He had ten seamstresses who were spread out across the city of St. Louis in Missouri. He made it in the USA and his mother was his director of product development.

Robert then left the table. He congratulated Cedric for his effort but he felt that the product was too niche for him and just wasn’t meant for his business. Kevin then offered him the $200,000 he was asking for but for a $1.5 royalty per unit. He said that the 52,000 units it had already sold was a small amount but it could grow bigger with his input.

Daymond asked him to clarify how long he expected the royalty to last and it was clarified that the royalty was supposed to be perpetual. Although the other sharks thought that it was high, Kevin told him that he would get to keep the company and would be the sole decision maker. He also said that his influence was more than everyone else was estimating.

Daymond said that after seeing Ray Lewis endorse the best pocket square holder, he didn’t think that he could add any value to the company and so he left.  Lori then left. She said that she could help Cedric reduce production costs but she couldn’t be the brand ambassador the way Kevin would be.

Cedric wanted to know what Kevin would do since he was getting $1.50 in perpetuity. Kevin said that he would do everything that needed to be done to sell the product. Kevin then suggested that they move the operation off-shore because it would be manufactured at a lower cost.

Daymond then offered Cedric $200,000 for $1 in royalty but suggested that Cedric should keep the product in the USA. Cedric accepted the offer. Cedric was happy with the offer and said that dreams do come true and he was living the American Dream. Daymond said that he was happy to keep the company in America. 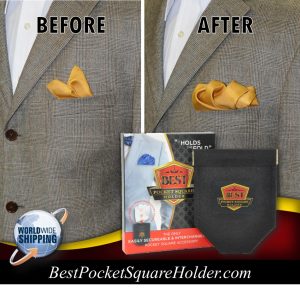 The best pocket square holder is now available in stores and its website provides a store locator where the product can be accessed. It has been featured in a variety of shows and websites including Forbes, The Root, Medium, and Fox 2.

From the deal, Best Wardrobe Solutions has managed to keep the best pocket square holder’s production in America.

Best Wardrobe Solutions has seen an increase in visibility since the Shark Tank Episode. It has more than 23,000 followers on its Facebook page. It has an annual revenue of $3,000,000. The investment from Daymond has definitely paid off and they get to not only earn the revenue but to keep production in America and provide the employment that they wanted to provide.