Joanna Parker invented Yumble, her subscription meal service just for kids, after getting frustrated with the daily parental slog of preparing healthy meals. Often, she battled her children to get them to eat the nutritious things that she prepared. She and her husband David believed that Yumble would revolutionize how busy parents would feed their kids. Would the Sharks agree? Let’s take a look.

The husband-and-wife team walked out onto the stage. They introduced themselves as David and Joanna Parker from Englewood, New Jersey. They said that they were the founders of Yumble, and they were requesting $500,000 in exchange for 4% equity in their company. This was a massive valuation. Joanna started by stating the problem that they were solving. She continued, saying that it was something that any parent could easily understand.

Getting home from work and then having to cook a healthy meal for your kids after a long day. The kids refused to eat. The kitchen is a mess. The solution was often to pull out processed, unhealthy food from the freezer, but they had a better way. Joanne said that she started Yumble to prevent giving in to the kid’s tiny tantrums. The camera panned to their display, which stated that the meals will be readywould60 seconds or less. 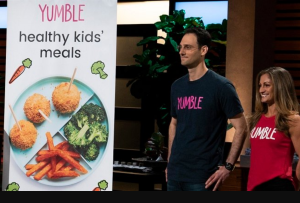 Bill said that Yumble is a weekly subscription with a welcome packet containing trading cards, a letter for the parents, and other collectibles for the kids, including coins. The title on the package said Open To Achieve Mealtimes in. The Sharks look pretty excited about the food. Each Shark received the same thing. There were chicken pops with antibiotic-free white meat that tasted like chicken nuggets. They also had protein-rich mac and cheese as well as empanadas. They’ve received compliments on the food from the two guest Sharks, especially on the baked empanadas. Lori seemed to enjoy the chicken. Rohan wanted to know if the service included the plate. Joanna explained that their food came on a tray and was small enough to fit in a lunch box.

Joanna responded to Bethany’s question regarding if they provided three meals a day. Parents have the option of choosing between three different meal plans. They could pick 6 meals, 12 Meals, or 24 meals. Each week the menu changed with 22 new different meals to choose from. Kevin said that he had invested in a similar meal kit service called Plated a few years ago. This service ended up selling to Albertsons, a North American grocery store. He said he was very familiar with the company’s numbers and wanted to hear how Yumble had done in comparison.

He thought it was a fascinating but challenging outcome. David told him that they had done 1.3 million dollars in sales before entering the Tank. This impressed a few of the Sharks. David let them know that their numbers have been increasing by about 30% per month. That brought their customer acquisition cost down to $40 a week from $100 a week. 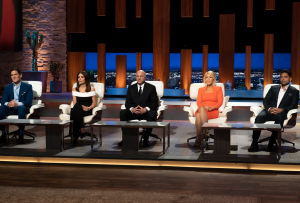 Mark wanted to know how many active customers they have. David said that they had 12,000. Mark inquired further as to how much the meal kit cost him. Each meal kit costs the customer between $6.99 and $7.99 per meal. It was a weekly subscription. Which includes delivery, the collectibles, and all of the meals. David said that 70% of the customers ordered again as soon as possible.

Mark continued his line of questioning, asking David how much they spend on marketing promotion and customer acquisition. David said that in the beginning, it was $4000 a week because they needed to optimize their funnel as a no-name brand. However, now that they are a bit more established, they have been able to bring that number down. It’s now 40

Kevin started his process. He said that something that everyone in the meal kit delivery space had to deal with was Amazon acquiring Whole Foods, as people who partner with Amazon now have a severe strategic advantage. They can acquire customers right in Whole Foods, where millions see them of people. Kevin wanted to know how they planned on combating that. Bethany spoke up, stating that it was a completely different concept. They would be competing with Lunchables rather than a meal kit delivery service.

There was chaos on the Shark Tank stage as all of the judges were yelling at each other. Kevin insisted that Bethany wasn’t understanding the customer acquisition issue. Bethany insisted that that was not the case. She understood the issue of meal kit delivery services, but customers wouldn’t be cooking these. It would be more like a Lunchable that the kids could pack in their lunchbox each day without extra work from their parents. And Kevin was still rattling on about other meal kit delivery services that had similar issues with getting their name out there when competing with brands in Amazon. David said that he knew exactly what Kevin was talking about, but that wasn’t an issue that they were concerned with. Their business was different. 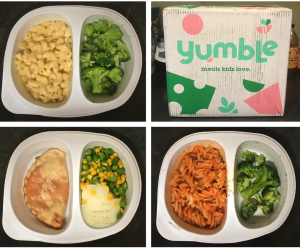 Joanna said she understood where both Kevin and Bethany were coming from. Joanna said that Yumble’s target demographic was parents, not just anyone walking into a supermarket looking for a meal kit. Rohan said that she was right from a consumer or branding standpoint, but they were still missing something. What Kevin was trying to explain was that they should, at some point, figure out a retail marketing strategy. This could save them from being eaten by competitors.

Kevin said that there was a huge risk in what they were doing. He had previously invested in a meal care service and barely got out alive with his money. He was not willing to do that again. Kevin went out. Mark was up next. He said that they needed to realize that another meal kit service that was doing business with Amazon could do real damage through business. He said it wasn’t that he couldn’t see them surviving, but it was harder to conceptualize the business thriving under those conditions. He also went out.

Bethany said that she loved it, and she was making them an offer. She said that she really likes that they included little toys with them and a cute tray as kids will spend any amount of money on a happy meal. Parents of kids. Bethany said that she could be their spokesperson as she was a national chef. She felt like the social media marketing potential is huge on this product. Joanna said that they were really excited that she was going to be here because she was such a good fit for them. Bethany offered the $500,000 in exchange for 15% equity, which was a large jump over what they had initially requested.

Rohan said that all of the issues that Mark and Kevin brought up were very valid, but he was still interested in making a deal. He said that if that’s the way everyone thought entrepreneurs would never make brands. The goal is that the branding in the story has to be different. The key is that they would need support with strategic partnerships, and retail relationships. They would need to understand how to improve their customer relations as well. He was known as the Vet branding group, so he would also be a decent fit. Laurie decided that she also wanted to get in on the deal. They offered them $500,000 in exchange for 12% of the company. Both of the entrepreneurs felt that 12% equity is a big deal for them. 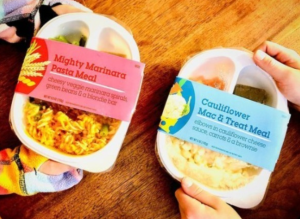 They felt like their business was worth more than what they were getting. Lauren Rohan reminded them that they would be getting both of them. Bethany thought about it, and made a very strategic offer. She said that she would give them the $500,000 in exchange for 6%. The two entrepreneurs were hemming annoying about which I offered to take. Bethany got impatient and said that she would go out if they don’t make a decision right now. While Lori and Rohan said that it was an important decision that they should take the time to figure out. Bethany reminded Joanna and David that she was also going to be their spokesperson, which provided over $1 million in value per year. They shouldn’t be out there fishing for another deal. Joanna and David looked at each other, and then accepted Bethany’s offer.

After the entrepreneurs left the stage, Kevin said that Bethany got into a very realistic risky business. Bethany said that her other job on another show was working with moms. She had a lot of experience in that area. Kevin told her to stop selling. He tried to explain to the husband and wife duo that they already had two offers on the table, and they needed to take one of them. David said that they were going to hit $5 million our first calendar year, and $35 million the next year. The hit to their valuation was just too much. Bethany reminded him that he just invested in a sponge with an acne problem. And in their after-show interview, Joanna said that they were interested to hear what Lori and Rohan had to offer, but Bethany was just a dream partner for them and their business. 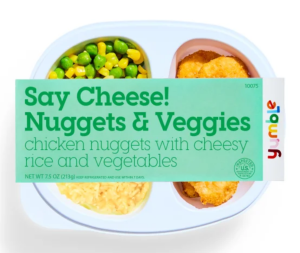 Even though Bethenny promised to invest on the show, the deal never actually closed. This is kind of surprising considering how hard she fought for the partnership in the Tank, offering $500,000 in exchange for just 6% equity. Perhaps Kevin was able to scare her off with his talk of what Amazon has done to the market. Yumble was not beaten, though. They were able to find other investors and managed to make it to 2023 going strong.

The website for Yumble has a vast variety of meals that parents can choose for their kids. These meals range from the chicken Pops featured on the show to pierogies, and butternut squash stuffed shells. According to the entrepreneur’s Linkedin, Joanne got a certification as a Youth Nutrition Specialist in the summer of 2019 from AAFP. She used this certification to inform new menus for Yumble.