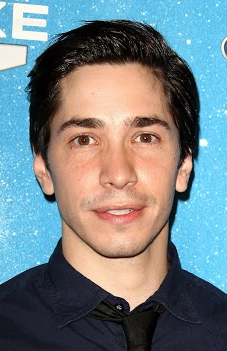 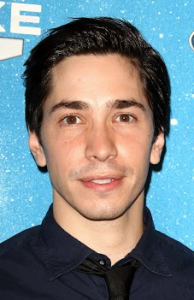 Justin Long, an American actor, was born on June 2nd, 1978. He is famous for his roles in the movies: Jeepers Creepers, Galaxy Quest, Dodgeball, Accepted, Alvin and the Chipmunks, and Live Free or Die Hard. He has also appeared in numerous TV shows and commercials. He was a popular, rising actor, however recently he has fallen off of the map.

As a kid, Justin Long was raised by his parents, R. James Long, a professor at Fairfield University, and Wendy Lesniak, a former actress on Broadway.

In an interview with Daily Mail, he says this of his mother’s influence on him: “I am sure a lot of my interest came from my mom, she did a lot of theater in New York, but I never, ever thought I would get to be in a movie. My idea of acting was working in the theater. So I am very grateful for all my jobs. I know that at the moment there is a bit of a window of opportunity for me to make smart choices. I have been very lucky so far and really happy that I have had the chance to work on interesting films, but I still always feel that every job is going to be my last. I know other actors feel that too because nothing is guaranteed. But I love what I do so I hope I can continue for a long time.”

He grew up in Connecticut under a Roman Catholic upbringing. His older brother, Damian, was a local stage actor, and he helped to inspire Justin to pursue a career in acting.

Justin says of his decision to become an actor: “When I was kid, there were phases when I wanted to be a priest or a biologist. I had many different plans. Then I really wanted to be a professional football player. It was in high school that I realized that my dream of being a footballer was not very realistic and was not going to materialize, because you need to have some sort of athletic prowess to do that, which I did not possess. You can’t be 4 foot 9 and weigh 89 pounds and be a football star. So I started to get interested in acting and discovered that it was a great way to meet girls and in high school that is all you think about. That was all I thought about anyway. My older brother was in school plays and I would visit him back stage and see how many girls were there and that there was not a lot of competition, because there weren’t many boys. And a lot of the boys didn’t even like girls. So that got me really interested. I hate to admit that is why I began acting, but it is true. I felt better about that reason when I read an interview with Philip Seymour Hoffman and he said that was why he had started acting too.”

When asked if he knew he had talent, Justin said that he “…knew I could be funny and make people laugh. And at school I was always the class clown. We would often get into fake fights and I could really take a punch and I would launch my body over chairs and desks, I could throw my body around for some reason and take a lot of pain. It is interesting – my dad, who is a philosophy professor and very academic and cerebral, actually came to visit me on the set of Die Hard and he said with a mix of sadness and pride, ‘well those acts you used to do in high school and those fake fights – I never thought they would pay off for you or be useful. I always thought you should be doing your homework and studying Latin, who knew that the real pay off would come from being a clown?’ He told me he was very proud of me.”

“When I got to college and was studying philosophy, I just fell in love with acting. I remember having 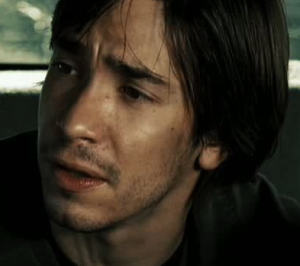 moments when I would be on stage and I would walk off stage and people would ask how it went and I would have very little recollection of what had happened. It was great, because I would just lose myself there in the moment, when I was performing. It was the best feeling that I had ever felt and I dropped out of school because of that and said this is what I want to do, I want to be an actor.” He said when asked what made him start to seriously pursue acting as a career.

Justin attended Fairchild College Preparatory School and Vassar College, to study acting and comedy. He was part of a sketch comedy group called Laughingstock and participated in numerous plays. His performance in the plays did not go unnoticed, as he soon landed a role in the 1999 film, Galaxy Quest.

Soon after, he starred in the TV series Ed as teenager Warren Cheswick. The next year, he starred in horror movie Jeepers Creepers, and hit stardom. The movie was a commercial success, making $59 million worldwide. It broke the record for the highest ever Labor Day weekend gross. With this much popularity, Justin was able to show the world what he was capable of. His performance in the movie was top notch; he was nominated for a Saturn Award, for the Best Performance by a Young Actor award.

His exposure led to parts in countless movies, including the huge success Dodgeball: A True Underdog Story, where he starred alongside comedy legend Will Ferrell. He then starred alongside Bruce Willis in Live Free or Die Hard.

Of his experience acting with Bruce Willis, Justin says: “I was a big Bruce Willis fan growing up, and when they called me about the film I thought they joking at first. I never even get auditions for movies like this and it was just a thrill to get to go and audition with Bruce. I honestly thought that it was just a one shot thing that I would do the audition and that would be the end. I thought I had no chance. So I wasn’t nervous at all, I was actually quite excited to go in and meet him. My audition scene was very dynamic, my character was abrasive and there was a lot of shouting. I was so excited to be in the room with Bruce Willis and I fully expected to get the call a few days later saying: “they are going with…’ whoever. There are so many good, young actors and I saw several guys I knew at the audition. I think I just have a very low opinion of myself. I just assumed they would hire somebody better than me.”

When he found out he got the job, “It was a thrill. Bruce called me himself and I was so excited, I kept the message on the machine. He said: ‘Justin Long – Bruce goddamn Willis here, how the hell are you?’ He was so laid back and said he was glad we were working together, he said ‘I can’t wait’ and I shouted ‘That’s the coolest thing ever!’ I couldn’t believe it and I played that message like a nerd for all my friends. I was such an idiot. At the same time I had been offered a role in a romantic comedy, playing opposite a romantic starlet, so I had two great offers. I chose Die Hard because I never ever thought I’d get to do this kind of action movie with Bruce Willis. What a chance of a lifetime. He is so iconic… He has a great presence, he is quiet and very cool and I remember thinking that first time, that he looked like an eagle, bald and in great shape. He was regal and just cool, but also down to earth. He said, ‘how are you doing,’ and I was disarmed by him from the start.”

The movie was another huge success, and Justin Long had fortified his image as a big time actor. He landed a role in Apple’s “Get a Mac” campaign, in which he played a Mac and John Hodgeman played a PC, and they argued playfully about “the strengths of the Mac platform and the weaknesses of the PC platform.” 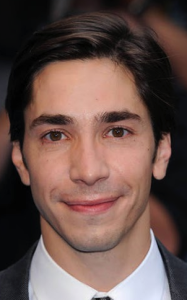 In 2010 he starred alongside his girlfriend at the time, Drew Barrymore, in the comedy Going the Distance. It was another big hit, but it was the last big movie he was in. Since then, no one has heard of Justin Long. How can he become so popular, and then drop down into obscurity so fast? Unlike most actors this happens too, he didn’t lower his stock by acting poorly, or acting in an unsuccessful movie. He just simply stopped acting. Maybe it’s because of his personal life. While he tries to keep it to himself, it was found out that after him and Drew Barrymore split, he started to date Amanda Seyfried. The most realistic scenario is that he and his new partner are trying to enjoy life, and he is taking a break from acting. He had his fair share of glory, and now he is using the money he earned to live his life to the fullest. He was seen enjoying time in South Korea with Amanda, and they got mobbed by fans.While it may be unfortunate that his acting career suddenly hit a wall, the fact that he is doing what he wants is something that he should be lauded for.