What is Modafinil – Is Provigil The Most Effective Nootropic 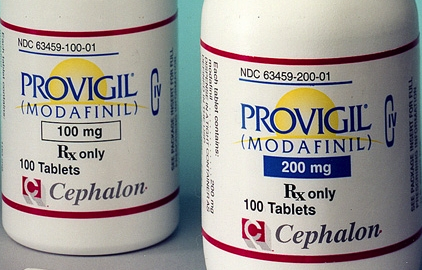 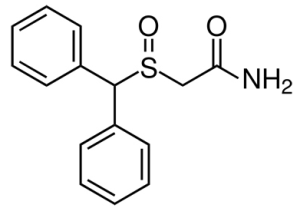 A survey comprising 162 redditors and members of Longecity Brain Health forum, people who actively experimented with nootropics, rated Modafinil as the most effective cognitive enhancer in the market and many claim it is the closest thing to the “limitless” pill from the popular blockbuster hit movie. No other herbal or chemical supplement came as close to modafinil in terms of efficacy. Used widely by the military as a wakefulness promoting agent that allows pilots and tier-1 special operations forces to function at near full mental capacity for more than 40 hours at a stretch, modafinil has found its way to colleges, in the medicine cabinets of over achievers, entrepreneurs and Wall Street executives. Forget Adderall, caffeine, Ritalin and Energy Drinks, Modafinil is ‘the’ go-to mental performance enhancer that even the military approves of. It has been shown to eliminate most of the cognitive side-effects of sleep deprivation and can possibly enhance working memory and executive function in healthy non-sleep deprived populations, though no publicly disclosed study has shown such results.

Modafinil is actually a wakefulness promoting agent approved by the FDA for sleep disorders such as narcolepsy and sleep apnea. It has been used off-label as a non-conventional treatment for ADHD with positive results. Modafinil’s mechanism of action is still not completely understood. According to various studies and consolidated research present at reddit as well as other self-quantification forums, modafinil might work by increasing norepinephrine and dopamine neurotransmission by modestly inhibiting dopamine and norepinephrine transport. The dopamine and norepinephrine transport inhibition does not appear to be strong enough to induce euphoria or addiction, hence side effects common to amphetamines are not experienced by long term modafinil users. Modafinil has also been shown to elevate extracellular glutamate, serotonin, and importantly histamine.

Caution: People prone to allergies, leaky gut, irritable bowel and compromised immune function should consult with their physicians before experimenting with Modafinil.

Modafinil is no wonder drug. It is NOT the magic pill introduced in Bradly Cooper’s Limitless. Seriously, it is rather annoying that modafinil sellers and forums are comparing it to such pills. It does not provide access to 100% of your brain. The ‘we use 10% of our brain bla-bla’ myth has long been dispelled by neuro-scientists. What it does is to force you to work at 100% efficiency. Have you ever felt like doing everything, with motivation levels so high you think you can conquer the world? This feeling usually surfaces after an extremely restful night’s sleep. Now for average humans like us, we feel fully rested after clocking in 10-12 hours of good night’s sleep. And that happens occasionally. I have had such sleep for not more than twice or thrice in the last 2 years. With modafinil, you get the same feeling of waking up refreshed, and ready to work at full capacity without any signs of stress, strain or lethargy, after just 4 hours of sleep! While it won’t make you smarter any time soon, it will help you live and perform up to your abilities with little or no rest at all (Though replacing sleep with modafinil is strictly not advisable and may prove fatal!).

If Modafinil does not make you smarter, then why use it? You use it for the tunnel – vision focus it gives you 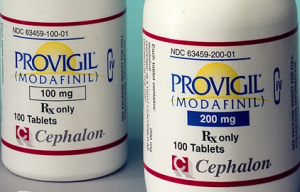 with the ability to retain all the information that your eyes have processed! Top performing college students report the ability to read complex texts from Dante’s Tragedy to Space – time physics for hours without the need for breaks, all the while taking meticulous notes and retaining 80-90% of the information. It reduces appetite (and indirectly induces weight loss!) so you focus on just the task at hand albeit taking small bathroom breaks because of its diuretic effects. Programmers have reported creating working prototypes in days instead of months while on modafinil and Wall Street executives have reported super human like number crunching abilities on modafinil. Peter Borden, a Wall Street quantitative analyst, wrote in an interview to New York Magazine that modafinil gave him a level of concentration he’d never imagined.

While the exact mechanism of action for modafinil and its classification as a nootropic remains a mystery, one study conducted in 2007 by Paul Gerrard and Robert Malcolm suggests that the neuro-protective and anti-oxidant effects of modafinil, coupled with the drug’s ability to increase cortical creatine, could be the reason for it increasing vigilance and promoting wakefulness:

In summary, the bulk of research into modafinil’s wake-promoting mechanism has focused mostly on possible extracellular activities of modafinil. We propose that more work be done on examining potential intracellular mechanisms of modafinil and finding a point of convergence of modafinil’s stimulant and neuroprotective effects. It is likely that modafinil both enhances cellular metabolism and reduces free-radicals in neurons. Reduction in brain oxidation or an increase in cortical creatine could promote vigilance, and each effect can increase neurotransmitter release by reducing inhibitory KATP-channel activity. Thus, through any disruption in the positive feedback loop of increased free-radical production and reduced ATP production modafinil could potentially exert its neuroprotective and wake-promoting effects.

If such is the case, then modafinil could surpass the racetams and supplements to claim the nootropic crown.

Another study, conducted by Department of Psychiatry, University of Cambridge, School of Clinical Medicine, confirmed modafinil’s ability to selectively improve neuropsychological task performance, the ability to concentrate and an enhanced ability to control impulses, suggesting that modafinil may be of benefit in treating Attention Deficit Hyper Activity Disorder (ADHD). Combined with the neuro-protective effects it has shown, modafinil could become a better, less insidious alternative to Ritalin and Adderall for treating ADHD.

Modafinil does not come without side effects.  The official side effects listed by cephalon, the creator of modafinil include cardiovascular and liver troubles, severe allergic reactions such as Stevens – Johnson syndrome, and reduction in efficacy of birth control pills. A review done by self-quantifiers and leisure users of modafinil report the following pros and cons: 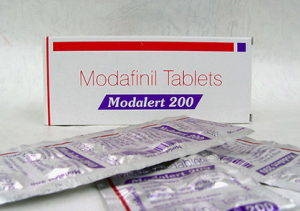 As far as dosing is concerned, my own perspective differs from what others suggest. Some people have taken 100 – 400 mg of modafinil, which I think is too much and can lead to serious long and short term problems. As modafinil is metabolized in the liver, it is strongly advised to experiment with minimum dose possible. Personally, I found 200mg to be too much for me. I was up for 18 hours, fairly anxious, and felt pretty awful the next day due to reduced sleep. 100 mg was suitable on days when I needed to churn through large texts or prepare for a test. 50 mg, I found out, was my minimum effective dosage, producing effects similar to 100mg and that is what I have settled on. I don’t take it daily and neither should anyone without the consent of a medical expert. I reserve it for days when I have to function at my absolute 100%. I have reaped extended benefits in terms of focus and mental clarity by stacking 50mg of modafinil with a solid multivitamin (centrum/gnc/opti-men), ginseng and black tea fortified with extra theanine. My regimen is such that I have a cup of black tea in the morning, and modafinil an hour later. This is usually followed by a second cup of black tea with cardamom at 4 p.m. This helps me work for 12 hours without any fatigue or dwindling levels of motivation.

Long term experimenters (myself included) suggest cycling modafinil. Since we do not know exactly how it works, and since we resort to using it without a medical practitioner’s consent (mostly), we suggest cycling modafinil or using it only when you ‘really’ need to; If you’re building a startup, coding the next Facebook or uber, preparing for a test or analyzing stocks.

Though the mystery over the exact mechanism of action of Modafinil suggests limiting its use unless more is known about this wonder drug, it is likely the demand will grow. “I certainly don’t plan on living forever. But I do plan to live to the fullest with whatever time I have”, says one long term user of modafinil, an entrepreneur who prefers maintaining his anonymity. While some experts suggest sticking to your cup of coffee with cognitive enhancement, others propose no harm in trying it once or twice. It’s a hack. And we humans of 21st century have begun to love our hacks for attaining the best this life has to offer.