The Ionic Ear before Shark Tank 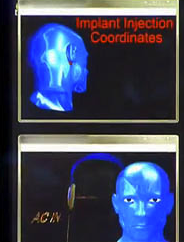 The Ionic Ear was thought of by Darin Johnson as an alternative to regular Bluetooth devices. It would require surgery near the ear, but would avoid the hassles one faces with regular devices such as the devices falling out or losing them. Darin did not appear to actually test this idea on anyone and hence did not have any sales before coming on the show. Nevertheless, the producers gave him a chance to pitch his idea to the sharks on the very first episode.

The Ionic Ear on Shark Tank

Darin was seeking $1,000,000 for 15% stake in the company. He explained the issue with a traditional

Bluetooth and headsets because they constantly fall off and his solution of implanting a device. Daymond thought Darin was referring to implanting the Bluetooth into another device such as a phone, but Darin explained it would actually go into the ear with surgery. He explained the device by showing pictures of the operation on a monitor such as where the surgery location would be and what the device would have such as a microphone. Daymond was quickly disturbed by the idea and went out. Robert asked how the device would be charged and Darin told him about the “charging port” that one would stick in their ear every night before going to sleep.  Kevin Harrington was also disturbed by this and was out. Barbara gave Darin a chance to re-explain the pitch as she wanted to confirm he wasn’t crazy, but Darin restated everything he went over. Robert brought up another issue of having to go through surgery again to get an upgrade. Barbara was out after hearing this and mentioned it was the weirdest thing she heard. Darin tried to defend his idea with an example of breast implants and how it took market acceptance for people to try it. After learning Darin had presented this idea to others, Kevin O’Leary jokingly stated he was surprised Darin was still alive and went out. Robert was not buying Darin’s idea as well and went out as right after mentioning Darin was somewhere between “insanity” and “genius.” Kevin O’Leary closed the pitch by saying he felt Darin was so far ahead of his time and Daymond was happy he wouldn’t be alive if this idea actually ever exists.

The Ionic Ear after Shark Tank 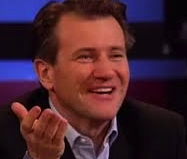 The Ionic Ears appears to have never taken off as the company has no website. There is no record of the surgery ever taking place so it’s likely the idea failed and Darin gave up on it. Many of the sharks mentioned it as the craziest idea on the tank including Barbara on the 100th episode and Daymond in multiple segments. Had Darin come in with a proven track record or an example of acceptance by credible groups such as doctors, he may have had a chance to make his idea appear more realistic. Whether you have a crazy or amazing idea, however, Darin is a classic example of how important credibility is when presenting an idea in the Tank to prove you have something people would want and to lower the risk the sharks would take.

The Ionic Ear failed to get a deal and it appears they did not take off after the show. Hence, the service is unpurchaseable and it seems they have never had any sales. Most who have heard about the idea have reviewed it very negatively including all of the sharks.