Fridge Fronts Update – Find Out What Happened After Shark Tank 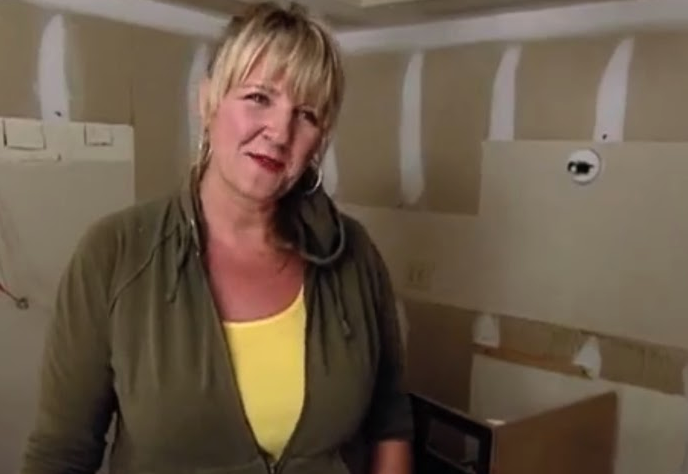 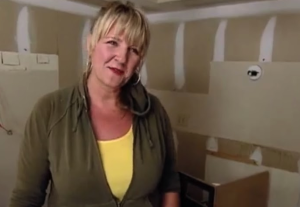 Fridge Fronts has been created by Jan Augenstein from Yellow Springs, Ohio. Her day job is in real estate and she rehabilitates homes. She says that in these tough economic times, people still want to redecorate and make their spaces beautiful but they just do not have the money to do it. Jan states that she has found a way to that you can go ahead and create that beautiful space, on a very limited budget. Family is the most important thing in the world for Jan Augenstein. Her brother helped her to start up her business, by investing some money in it and partnering up with her. Jan states that over the past several years, her brother has invested a lot of his own money in the products, but financial setbacks have caused the business to lose money, and they could really use a better investment.

Jan Augenstein says that she has lost so much sleep over the years, thinking about all the money she owed her brother. She says that she knows that her brother believes in her, but she would be totally heartbroken if she couldn’t pay him back. Jan states that, if the Sharks do not invest in her company, her brother will be in debt for two hundred fifty thousand dollars, and that she herself may be out of a house.
ON SHARK TANK

“Jan Augenstein walks confidently and stands in front of the Sharks”

Jan Augenstein stars by introducing herself to the Sharks, and tells them that she is from Yellow Springs, Ohio. She says that her product is called Fridge Fronts and that she is asking for one hundred thousand dollars, in exchange for a thirty percent stage in her company. She states that she was living in base-housing in 1999, and says that they had a hideous refrigerator. She says that you really do not want to have something in your home that you are not in love with.

Jan Augenstein answers the question by saying that base-housing means that you would be living in a military base. She states that she was an air force wife, which meant that she had to live on a military base, where they provided a house for her and her family, but with very bad appliances.

“Jan Augenstein demonstrates a very old and hideous looking refrigerator, and states that they used to own one just like it”

Jan continues by saying that her product, Fridge Fronts, is a magnetic skin that is a decorative finish. You can easily cut the Fridge Fronts with scissors, and apply them to any appliance in your house. She takes a big piece of Fridge Fronts and applies it to the hideous looking refrigerator, as an example for the Sharks. Jan Augenstein continues her presentation, saying that in this economy, you might have a refrigerator that 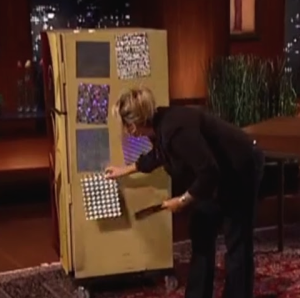 works, but if it is unattractive and unappealing, you can go ahead and purchase Fridge Fronts for under a hundred dollars and change the complete look of your appliances.

Jan says that she has many other designs and shows them to the Sharks by sticking them on the side of the refrigerator. She states that most people like stainless, so she has a Fridge Front that has a stainless finish. She also shows decorative, funky, and regular finishes, and states that the possibilities are endless.

“Robert Herjavec asks Jan if she has any sales”

Jan Augenstein answers the question by saying that started in 2005, when they also got their patent. The first thing they did after that was to put Fridge Fronts on Skymall. She states that they have about forty thousand dollars in sales. She also states that they had to pay Skymall a hefty price of eighteen thousand dollars, in order to be able to sell her products there.

Jan Augenstein answers the question by saying no, she wasn’t able to break even. She continues by saying that they were at the mercy of their print house, who charged them an extra ten dollars after they had already quoted a price. They did not have this in their contract, but they went ahead with it because they had no other options at the time.

Jan answers the question by saying that they were at the time. She says that she is from a small town in Ohio and she was just getting started with her company. She did not attend any trade shows yet either. She states that since that time, she has attended a couple of trade shows and made some connections. Jan says that it would be better if they manufactured Fridge Fronts overseas, which would be much cheaper.

“The Sharks are curious if Jan have had any other sales, next to Skymall”

Jan Augenstein says that in 2008, Rachael Ray found her company online. They wanted to recreate a kitchen, just like on Rachael Rays show, and used Jan’s products, which she custom made for them. Due to wide popularity, Jan’s servers couldn’t handle the traffic and crashed. She states that they had a lot of hits, but after that another problem came up with the printing company, which went bankrupt. She says that her products, which she already payed for, was stuck in their bankruptcy warehouse, so they had to buy it back.

“Daymond John asks Jan Augenstein if she has products now”

Jan answers the question by saying that she has fifteen hundred blank sheets, which are ready for printing. She states that she also has about thousand sheets of her old designs, in a warehouse. You do not have to have one type of fridge in order to purchase Fridge Fronts, because you can easily cut them and make them fit on your own model fridge.

Jan Augenstein answers the question by saying that she has invested two hundred fifty thousand dollars in her company, so far. She says that her brother really believed in her idea, so he supported her and invested in her company. She states that she feels obligated to pay him back, and that he still believes in her and the products.

Kevin O’Leary says that it is actually not a company, but a product and that he could see why people would buy the product. He also says that because it is not a company, he is not willing to invest in it and he is out. Robert Herjavec says that the presentation was great, and that he thinks that Jan Augenstein is a good person. He states that the business is too small and very custom orientated, and he is out as well. Daymond John says that he has no idea where to take this business towards, and with that, he says he is out as well.

“Kevin Harrington asks Jan Augenstein how much inventory she needs”

Jan answers the question by saying that the majority of her prints where beach themed, and continues by showing the other side of the fridge, which has a beach Fridge Front on it. She says that the examples are her early designs and the thing that she is most excited about is that she can expand the amount of designs she has by a massive amount, with the proper input. She states that, if they would have a website where people could send in their own images, she would be able to customize it. The Fridge Fronts could also be used for washers and dryers, dishwashers and even microwaves.

Barbara Corcoran states that she has an interest in the business. She says that it is a very cheap way to doll up any appliance in a house. Barbara tells Jan that the best way to go would be to limit herself to three best-selling designs, which would result in her investing half the money that Jan originally wanted.

“Kevin Harrington asks Jan Augenstein if he would give her a hundred thousand dollars, would she be able to get onto QBC or HSN”

Jan answers the question by saying that, with a hundred thousand dollars, they would have to focus on some new designs, and enhance their website, so people will be able to upload their own images, and make custom Fridge Fronts with them.

Kevin Harrington and Barbara Corcoran both think that this is a bad idea, and that Jan already spend so much money on different designs, with nothing to show for it. Kevin Harrington says that he will match Barbara’s offer, which would together be a hundred thousand dollars, for fifty percent stake in Fridge Fronts. Jan Augenstein says that it is a fair offer and that she accepts it.

At the end interview, Jan Augenstein says that the Shark Tank was her last hope to save her business, and if she did not have this deal, she would go down under and lose everything. 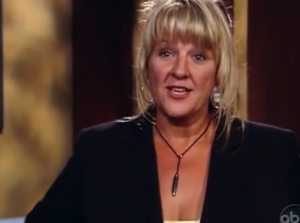 Jan Augenstein was really struggling financially, and her only chance to keep her business and her home was to make Fridge Fronts profitable. With the investment of Kevin Harrington and Barbara Corcoran, Jan was able to add over eleven million images to her website, all of which you can choose from and make a Fridge Front out of it. There is no mention of Fridge Fronts being the best or worst on Shark Tank. The reason why three out of the five Sharks were not interested in investing in Fridge Fronts, is because they thought the business was too small and too custom orientated.

You can purchase Fridge Fronts by going to the website called www.fridgefronts.com/ and selecting any of the eleven million designs they have available. The website itself has a review feature, where people can write their own reviews. There are a lot of five out of five star reviews on the website, with people who are very positive and happy about Fridge Fronts. They usually comment on the best-selling designs, such as the stainless steel Fridge Front and also state that they are happy about the fast shipping. Fridge Fronts also has a Facebook page with people sharing their own designs.

Fridge Fronts was a failing business, but thanks to the Sharks, it seems like it has flourished into a profitable company. Even though there are a lot of knockoff products, which are similar to Fridge Fronts, Jan Augenstein is the person who has the patent on Magnetic Stickers for Home Appliances. It seems like she was not able to allow people to upload their own custom designs, but the website does have eleven million images to choose from. Depending on the design and popularity, a Fridge Front can cost anything between $34,95 and $99,95.They can be put onto either fridges, freezers or dishwashers.