What Happened to Tupac? See The Latest Updates Now 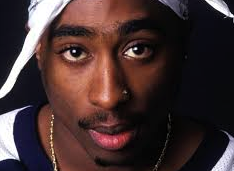 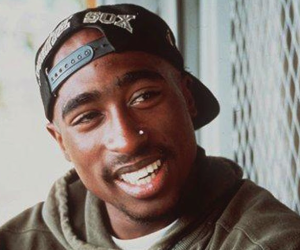 Tupac Shakur often referred to as “2pac” is known as the most influential rapper of all time, his work often reflected in almost every other rapper to date. It would be a serious challenge coming across another individual who has influenced music on such a large scale the way he has. We all remember seeing his appearances on MTV back in the day not to mention the continuous televised controversy which had seemed to constantly surround him at all times. Shakur quickly became an overnight sensation whose career span five years, but just as quickly he fell from the radar with no warning at all disappearing from the music industry all together.

Born on June 16, 1971, in New York City Shakur had been born into a harsh life full of obstacles which would later provide basis for the content of his career. His parents had both been members of the Black Panther Party, a Black Nationalist and socialist organization which operated from the late 60’s to the early 80’s. The organization had a reputation for opposing the government in a disrespectful and violent manner. Essentially, Shakur was born into a life of crime, almost had a criminal history, his stepfather had even been listed as one of the FBI’s top ten most wanted fugitives. As a child Shakur had shown interest in all of the

general arts which he would later pursue in life. He had taken classes in acting, jazz, poetry, and even ballet. Shakur already had a renowned talent throughout his school career as it was a well-known fact that he was the best rapper attending the Baltimore School for the Arts. School had been Shakur’s greatest tool for his budding success; he had established friendships and a certain kind of likeability that would last him his lifetime. The greatest advantage Shakur had gained from school approached him in 1988, when he was just 17 years old. The teacher of his poetry class, Leila Steinberg, had arranged for his very own concert in which Shakur would perform with his initial group “Strictly Dope”. The concert had been such a great success Shakur was quickly signed with Atron Gregory. Shakur then became a backup dancer and roadie for Digital Underground when he was twenty. His first real start in the music industry had arrived.

Shakur had operated within Digital Underground during their peak in 1990, due to the release of the exceedingly popular song titled “The Humpty Dance”. During this time he rapped on “Same Song” the song which would later be played on the soundtrack of the film “Nothing but Trouble” in 1991. The song displayed Shakur’s rapping capabilities to a wide audience with the song being released on Digital Underground’s later album as the first track. Following the success Shakur continued to work with Digital Underground performing again on the later album “Sons of the P.” This would however, be the last time he’d work with them as he began to move on to different projects.

After separating from Digital Underground later that year, Shakur started to work on his first album “2Pacalypse Now”. Holding true to Shakur’s long term ideals of bringing serious, real life, issues to the attention of the masses, the album featured a focus on common faults present in society. Topics ranged from poverty, to police brutality, and even teen pregnancy. At the time Shakur had filed a whopping $10 million dollar suit claiming that police had beat him causing severe trauma simply because he had jaywalked, the suit wasn’t especially successful. Shakur had gained roughly $40,000 dollars in compensation. The album was a mild success though it has since been highly appraised by critics and rappers alike. In fact massive industry figures like Eminem even mentioned the album as a source of inspiration for their own works. The album did suffer some negative controversy due to its supposed connection to the shooting of a state trooper in an incident in Texas when a teenaged boy claimed that the albums references towards police brutality gave him reason to perform the shooting.  The then vice president, Dan Quayle denounced the album specifically stating, “There’s no reason for a record like this to be released. It has no place in our society.” As a result of this Shakur underwent serious scrutiny and took to his own defense stating that the youth responsible for the shooting took his words out of context and that he shouldn’t have to take the blame for the actions of other individuals simply because their lifestyle may or may not be referenced within his material.

Two years later Shakur released his second album titled, “Strictly 4 My N.I.G.G.A.Z…” The album stuck to the same political and social values of his previous work though the overall production quality had much improved over the previous album. Producing multiple platinum hits, the album had been a much greater success appearing in 24th place on the Billboard 200 record chart. Just like that Shakur had reached a seat of fame within the music industry. While his first album might have got him off of the ground the second one certainly let him soar. The same year Shakur formed a group with many of his close friends at the time; the group was titled “Thug Life” and started collaborating towards the production of later albums.

Thug Life produced their first and only album “Thug Life: Volume 1” on September 26, 1994. The album had to receive a major rework after a variety of the songs on the album were deemed too potentially controversial due to their references to illegal gangster activity; a topic which had been hot under the microscope at the time. The album later went on to reach gold status and would later have one of its tracks included in Shakur’s own greatest hits album. At the time of release Shakur hadn’t stuck around his group for very long and eventually separated himself from it all together, presumably to start working on another one of his own solo albums. Thug Life continued to operate for a time performing various concerts without Shakur. Later in the year Shakur had been attacked at Quad Recording Studios, suffering five gunshot wounds but eventually made a full recovery. 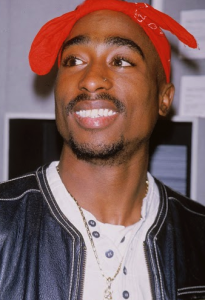 In 1995 the highly anticipated album “Me Against the World” had been released by Shakur. The album had released while Shakur had been spending time in prison due to sexual assault charges. During his sentence the album topped the billboard 200 not only marking Shakur’s first number one production but also becoming the only album to top charts while the musician responsible for it had been serving jail time.

The release of the 1996 album “All Eyez on Me” would be Shakur’s fourth release commonly referred to as the epitome of Shakur’s albums. Spawning 9 platinum releases in the years to follow its release the album hit the top of the billboard 200 subsequently becoming Shakur’s second chart topper. The same year Shakur also released his fifth and final album titled “The Don Killuminati: The 7 Day Theory,” under the persona “Makaveli”. The aptly titled album received its name due to the fact that production took exactly seven days, often praised for Shakur’s expression of emotion and rage. The same year Shakur had traveled to Las Vegas, Nevada to view the Mike Tyson vs. Bruce Seldon boxing match. After the match Shakur had scuffled with a supposed member of a gang known as the Crips who had been involved in the robbery of one of Shakur’s associates. After the incident Shakur had been traveling to Club 662 when a drive by shooting had occurred severely wounding Shakur. After being rushed to the hospital the legend was placed into a coma and died shortly after due to failure in the respiratory system and from suffering cardiopulmonary arrest. Thus history’s greatest rapper, songwriter, and actor were gone. It’s also rumored that the ashes of the late Shakur had been mixed with marijuana and later smoked by a group founded by Shakur known as “Outlawz”. While Shakur’s life had been cut short, coming to an end at the young age of 25, and with a place in the eyes of the masses only lasting roughly five years he had still managed to leave behind an influential legacy that would last for generations to come.