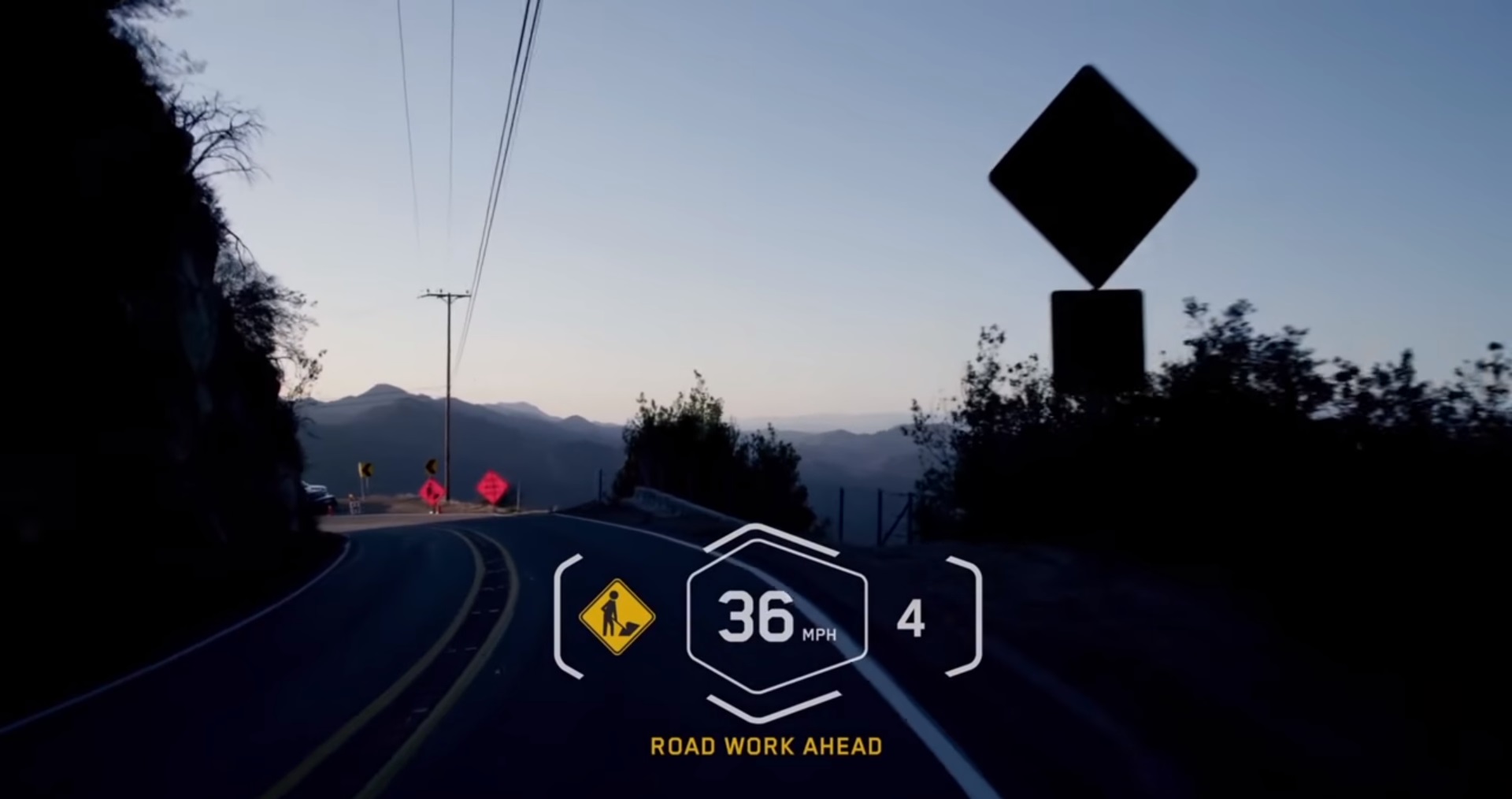 The Motorcycle helmet of the future!

In one of the coolest demos of 2016, BMW premiered an all new Helmet accessory for motorcyclists. A fully transparent HUD for your helmet. Built into the right side of the helmet is a monochrome micro-projector that projects directly onto a special piece of glass so that it gives the appearance of being directly in front of the road. The best part of this new projector is that it puts the display images directly in the field of view of the rider. No more looking away from the road and needing to refocus your eyes onto a small square in your helmet. As it’s in the first generation prototype stage, it only displays your current speed, turn signals and gear of the motorcycle. It’s also going to be able to warn you about road work and speed limit changes ahead of you. This does open the possibility of a transparent line projected digitally on the road ahead when used in conjunction with a GPS for an almost video game style directional system.

The helmet also sports two cameras, one front and one rear facing. Your rear facing camera currently doesn’t do much, but in the future it’s planned to be used for oncoming traffic detection, blind spot awareness and possibly tracking members of your group if you ride with friends. Used in conjunction with the HUD this has the potential to save countless lives as it could almost literally give you eyes in the back of your head.

The front facing camera is an integrated action camera similar to a Go Pro. You just flick a switch on the bike and the camera starts recording from the rider’s perspective. As it’s streamlined and built into the helmet this offers a much better recording option than Go Pros which can be unwieldy and cause drag when attached to your helmet.

An additional feature is being able to make receive calls through integrated helmet speakers. A button on the motorcycle enables accepting or rejecting calls without touching your phone or even moving your hand from the handlebars. This feature may not make it into the final consumer edition, due to safety regulations limiting the usage of mobile devices while driving. The Helmet will connect directly to your bike through a proprietary software, and the bike itself will have Bluetooth connectivity so if speakers do make it into the helmet, you’ll be able to listen to your phones music library or even streaming services on the go. This could also open the possibility of live streaming to a site from your front camera as you drive, allowing viewers to see the road from the rider’s perspective in real time. The current helmet takes two rechargeable batteries and lasts about 6 hours per charge with regular use. I’d expect that time to go down if you use the recording features more, but it will take real world testing to be sure.

While the demo offered at CES expos is not expected to be commercially available any time soon, optimistic estimates are saying we could see it as soon as fall of 2017 or early 2018.

Jesse
Jesse Jagodowski is based out of New Hampshire but spends most of his time travelling. He always has his eyes on the newest Tech. He loves photography, live music and hiking with his two dogs.
RELATED ARTICLES
Technology