Did Anyone Win the Powerball Yesterday? Find out Now 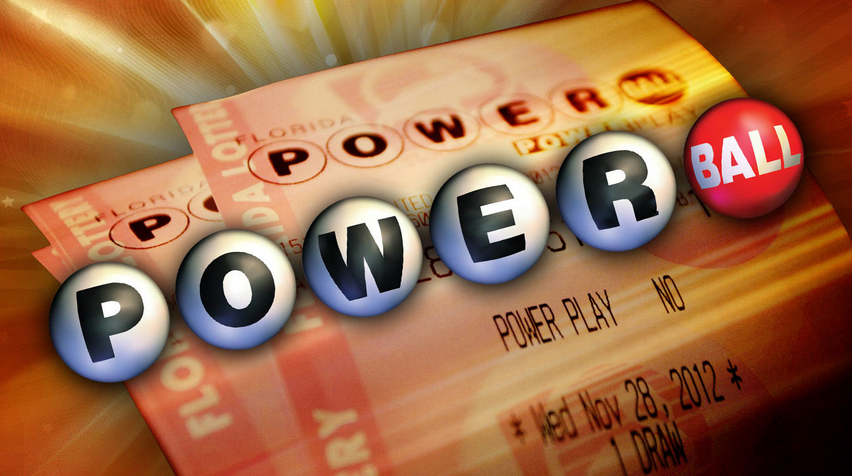 Did anyone win the Powerball? That is the question that everyone is asking. The Powerball was at a record high on Saturday, January 9th coming in at $949.8 million. Saturday’s winning numbers were 16, 19, 32, 34, 57, and a Powerball of 13. It is important to note that the first five numbers can be in any order, but the Powerball must be the sixth number. According to lottery officials, nobody had the winning numbers on Saturday, which could result in a $1.3 billion jackpot on Wednesday, January 13th. The estimated cash value of the next drawing is $806 million before state and federal taxes. 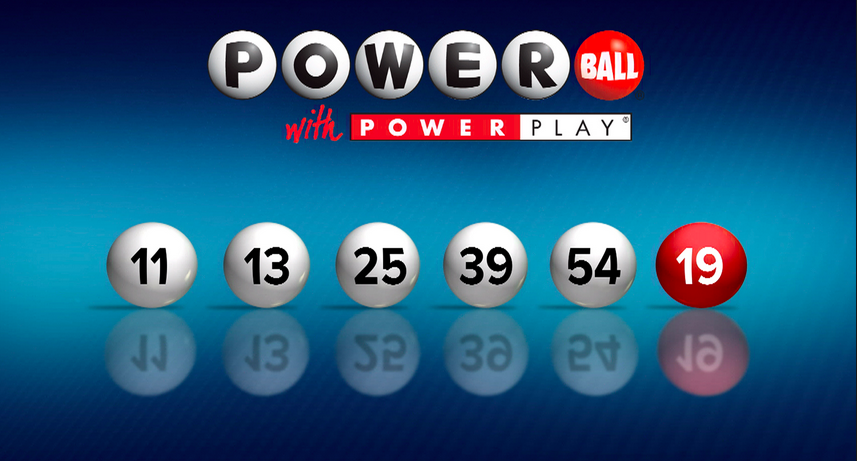 What are the odds of winning?

The odds to win the record-breaking jackpot are one in 292.2 million. The Multi-State Lottery Association, the organization that runs the Powerball, hoped that record-breaking jackpot amounts would be in the near future when they changed the winning odds from about one in 175 million to one in 292.2 million. The larger jackpot amounts attract more people who typically would not buy Powerball tickets, resulting in an even larger cash prize. In the January 9th Powerball drawing, the Multi-State Lottery Association expected more than $400 million in sales on Saturday alone. Despite the increase in Powerball participants, the odds of winning remain the same because the odds are based solely on the number of combinations available, not on the number of people participating.

If multiple people win the Powerball it is split equally amongst them. There are several other prize amounts other than the jackpot amount that can be won, which are dependent on the amount of lottery numbers present on the ticket. In fact, last Saturday 25 players won $1 million and three others won $2 million.

How can I improve my odds of winning?

There is no real way to increase your odds of winning substantially. However, it has been noted by several experts that it is better to let the computer generate your Powerball numbers rather than picking the numbers yourself. The explanation behind this is that when people select numbers they usually do so based on lucky numbers or birthdays. Most lucky numbers and all birth dates fall between 1-31, leaving out a large amount of numbers since the Powerball uses numbers 1-69.

Buying multiple tickets technically helps, but since the chance of winning is near impossible, even multiplying your chances by 100 (buying 100 tickets) makes it still extremely unlikely to win. That being said, you definitely can’t win if you don’t buy a ticket!

Eventually there will be that one in 292 million who will win the Powerball. If that happens to be you there will be several decisions that will need to be made following the record-breaking win. The biggest decision will be whether you plan to receive your winnings over the next 30 years in annual payments or take home a lump sum.

When it comes to making this decision it’s always a better idea to take the lump sum.  Over the course of 30 years even some of the most conservative investment strategies will yield far more in returns than the 30 year annuity.  In fact just investing an a standard index fund of the S&P 500 has generated yearly returns of roughly 9.5% per year.  Using this figure you can estimate your principle to double every 7 and a half years (thank you compounding interest.)

So let’s do some math: if you decided to take the 850 million dollar lump sum payout and we figure you pay roughly 30% off the top in taxes (25% federal and 5% in state) you would come out with a lump sum of 595 million dollars.  If this was invested it an index fund you could roughly estimate the following growth in your “prize.”

When the 30 years are all said and done your principle would have reached over 10 billion dollars, welcome to the Forbes list! Obviously these figures are based off the average past returns and assuming you aren’t using very much of your earnings at all but regardless you are much better off not taking the “small” annuity payments.

For a complete look at how your lump sum Powerball prize could grow with compounding interest check out the chart below: 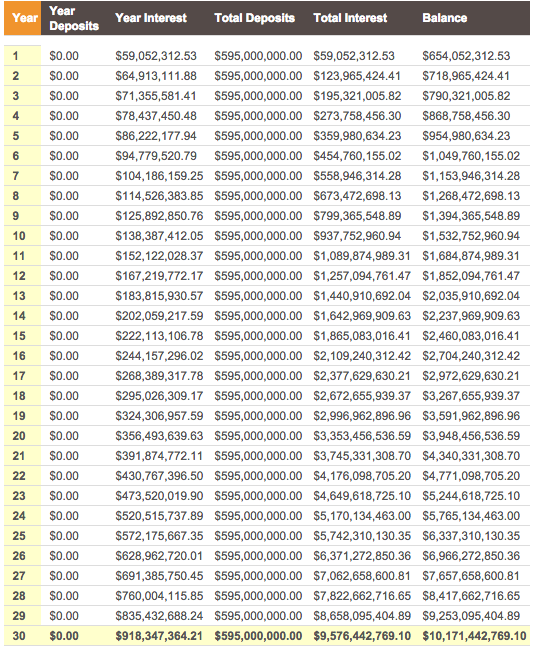 If you are planning on purchasing tickets for the record-breaking amount make sure you do so before 9:00pm CST on Wed, January 13th or you will miss out on participating in the biggest Powerball in U.S. history. Good luck!