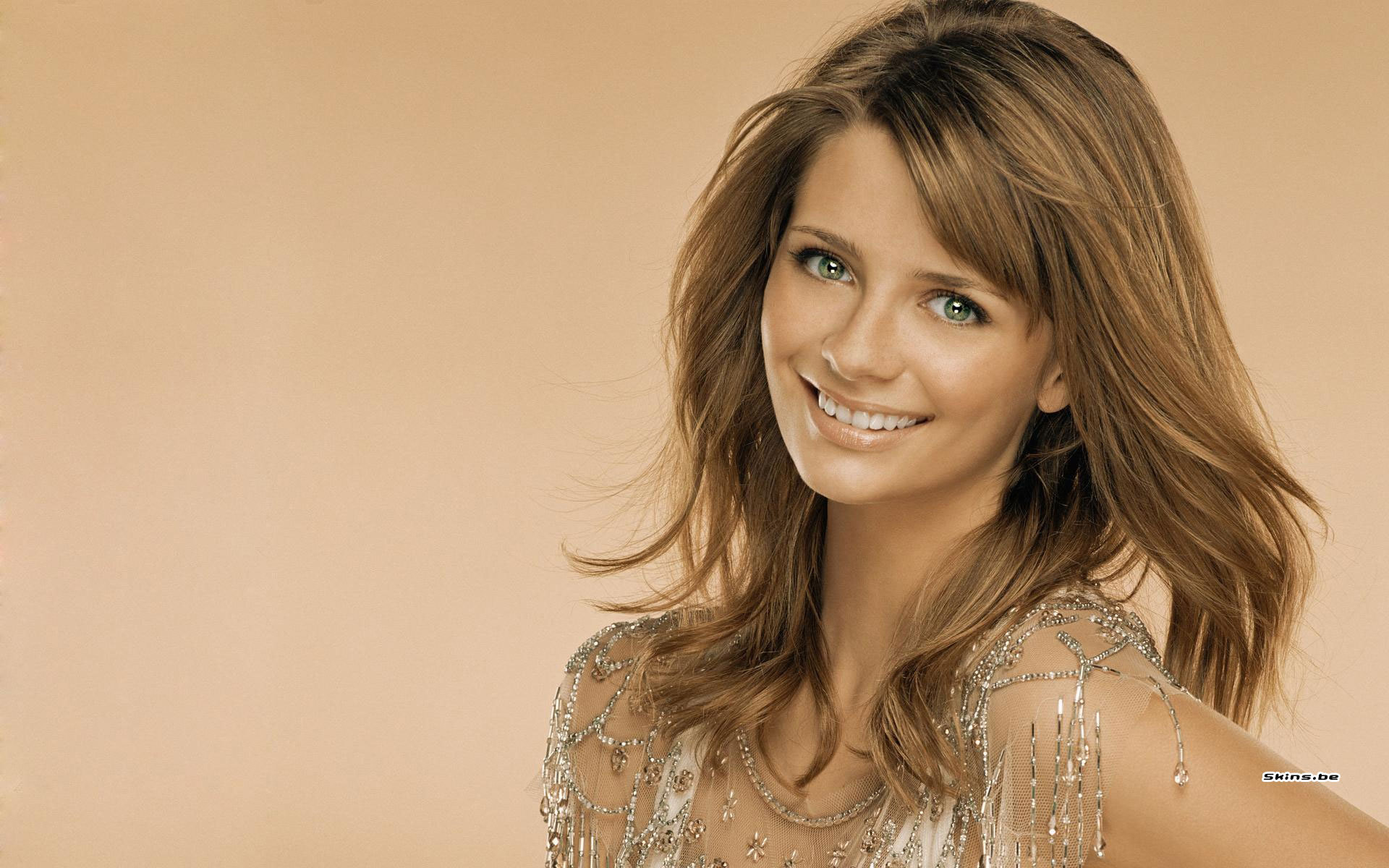 From obscurity to overnight success, Mischa Barton was idolized across the nation thanks to the hit primetime television show The O.C.  This English-Irish starlet would become one of the more notable characters on the show where she portrayed a young troubled, affluent teen as she navigates her way through her social life.  This article explores her early beginnings and how this star came to be as well as her fall from the spotlight.

Born Mischa Ann Barton on January 24, 1986 in Hammersmith, London, UK.  Barton is a citizen of both Ireland and the US, becoming the latter when she was 20.  Her father was a broker and the family from London to New York City when Barton was five.  Barton is particularly proud of her heritage and mentions it in various interviews when she hit the spotlight.

Barton was no stranger to show business as a child.  She started acting when she was eight years old, co-starring in the Off-Broadway play Slavs! In 1994.  Critics loved her performance even at such a young age.  The New York Times praised her, describing the young actress as being “chillingly authorative”.  She would perform in a total of four plays throughout her childhood, from 1995 – 1997.  In Naomi Wallace’s One Flea Spare (1997), Barton played alongside Diane Wiest and the play would go on to win Off-Broadway Theater Awards (OBIE) Best Play in 1997.

Her start in the film industry would truly begin with Lawn Dogs which was released in 1997.  The movie would go on to win awards at several prestigious film festivals around the globe.  The New York Times again praised her for her performance.  She would appear in the mainstream two years later, where she played roles in both Notting Hill (1999) and The Sixth Sense (1999), playing alongside Julia Roberts, High Grant, and Bruce Willis.  If you remember the little girl hiding underneath the bed who throws up once Bruce Willis’ character finds her in The Sixth Sense, this is likely the first encounter you’ve had with Mischa Barton.

She would also appear on television shows throughout her early-career.  Her first role was in 1994 when she played a young Corvina Lang in a few episodes in the soap opera All My Children.  Barton would eventually return to the show in 1996 as a permanent character.  Prior to her big break in The O.C., she would star in the Canadian drama film Lost and Delirious (2001) with Piper Perabo and Jessica Pare.  While the movie was met with mixed reviews shortly after release, the three actresses were praised for their performances.  She would also be featured in two music videos: “Goodbye My Lover” by James Blunt and “Addicted” by Enrique Iglesias.

The O.C. and Beyond

The O.C. premiered on Fox back in the summer of 2003.  The show acquired a very large fan base in a short period of time as it followed a group of affluent teenagers as they navigated their stormy lives while residing in scenic Orange County, California.  After the initial season premiere, the show became a success in what seemed like overnight, resulting in a drastic rise in Barton’s fame as she played the role of Marissa Cooper.  Barton’s character was among the original “core four” for the series, and could be generally characterized as privileged and troubled.  Her extensive (and expensive!) wardrobe masked 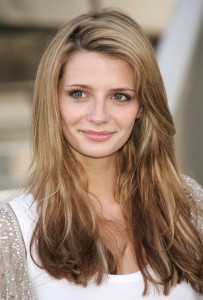 her turbulent mood swings and hard-partying ways.  Barton would play the role for a total of three seasons until her character’s death during the third season’s series finale in May 2006.  The role earned Barton awards as it aired during those three seasons.  The show ended one season after Barton’s departure, with viewer fallout experienced through the third and fourth seasons.

Barton’s career experienced a dramatic shift in her popularity when she left The O.C.  She would not appear on a television series until 2009 where she was cast as one of the main characters on The Beautiful Life which aired on The CW network.  The show was aired for only 2 episodes before it was dropped and later sponsored by HP to be aired on YouTube for the full 5 episodes.  Her next major role after The O.C. was in Sir Richard Attenborouh’s war drama Closing the Ring (2007).  It was Attenborough who earlier urged Barton to take a short summer course at The Royal Academy of Dramatic Art in London.  For those wondering, Attenborough is a well-known actor, producer, and director and you may have noticed him in the roles of John Hammond in Jurassic Park (1993) and Kris Kringle in the film Miracle on 34th Street (1994).

She followed up Closing the Ring with the 2008 film Assassination of a High School President with Bruce Willis.  The film premiered at the 2008 Sundance Film Festival and according to The Hollywood Reporter, her performance was “captivating”.  She would go onto star in many horror/thriller films between 2009 to 2015 including Walled In (2009), Homecoming (2009), Cyberstalker (2012), and Apartment 1303 3D (2012).  She would eventually make a return to the stage in July 2012, starring in the Irish production of Steel Magnolias.

What Happened to Mischa Barton?

At the height of her career from 2003 to 2006, Barton quickly fell from stardom with most of her subsequent 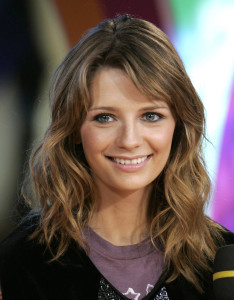 appearances failing to attract enough of an audience.  Unfortunately this was the beginning of a series of troubles that would be on display about Barton’s life.

In July 2009 and after seeking medical attention for a tooth infection, Barton was admitted for two weeks under 5150 due to an alleged mental disorder by a psychiatrist.  The story made national news and was a new low for Barton and her career.

Aside from a few obscure movies and television appearances, most of the recent news regarding Barton is about her financial troubles.  She was sued by her New York landlord for an apartment she rented for failing to pay for three months’ rent ($7,000 per month).  She’s also being sued by the group of producer’s who cast 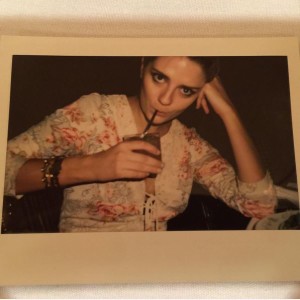 Barton in the movie Promoted due to her causing interruptions during filming so she can allegedly party in Europe during the same time frame.  The lawsuit is for $320,000 which covers marketing costs, a cash advance, and the time and resources spent holding off on production.  Her home in Beverly Hills, CA is currently in danger of foreclosure due to failing to pay her mortgage and most recently, an Audi Q3 she leased in March 2015 is in danger of being repossessed.  Family drama is also amidst in Barton’s life, with a lawsuit against her mom for stealing money and domestic issues.  The lawsuit is currently ongoing.

Regardless of all the trouble Mischa Barton may get herself into, we’ll always remember her as Marissa Cooper in The O.C., which for the brief period of time was on the spotlight across the nation.  No matter how bad she’s been viewed in the public in recent years, her depiction of Cooper as a troubled teenager was both realistic and authentic and will hopefully be what we remember her by.  You can keep up with Barton on her Instagram.

2016 DWTS Update: It’s also recently been released that Mischa Barton will be a contestant on Season 22 of Dancing with the Stars. So if you were wondering what Mischa Barton is doing now in 2018 the answer looks to be a lot of dancing.