Natural Ways to Get Rid of Dog Fleas 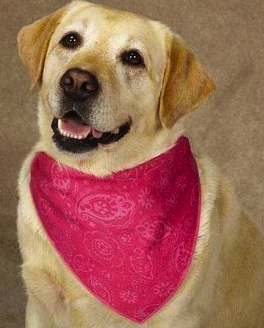 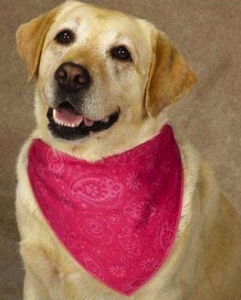 One of the most challenging parts of having a dog is fighting off a flea infestation. These virtually invisible pests leap through great heights, bite both dogs and humans, and reproduce at an alarming rate. The ability of their eggs to remain dormant for almost a year makes them capable of repopulating, despite the fact that you already took drastic steps in exterminating them.

Here are some ways to naturally combat and eliminate the flea menace, both on your dog and on your surroundings:

To do that, boil the pot of water and add lemon slices. After the fruit has been added, turn off the heat and let it sit overnight. On the next day, check first that it is cool enough before dipping the comb in it and brushing your pet.

You may also fill a spray bottle with the lemon water and, on a monthly basis, dampen your dog’s fur with it. Do not spray on the dog’s face to avoid hurting it. If your pet doesn’t like being sprayed on, you may instead dampen a soft cloth with the water and rub its coat with it. You may also spray areas where your dog frequents to repel fleas.

To keep the pests from freely hopping into your four-legged friend’s coat, mix a half cup of fresh lemon juice, one and a half cup of water, and one fourth cup of your favorite anti-flea shampoo. Bathe your pet with it on a weekly basis to maintain protection from fleas.

First, determine what kind of essential oil your dog is more comfortable with (cedar, mint, lavender, etc.). You may dilute three drops of the chosen oil in one to three tablespoons of water, but that is optional as some people actually prefer not to dilute it. Using an eyedropper, apply from five up to ten drops of the mix to the collar or bandana before tying it around the dog’s neck. Reapply the mix after one week. You may also add a drop of your chosen oil with a tablespoon of olive oil to the base of the tail for flea protection of the rear.

Apple cider vinegar can also be sprayed on your dog’s coat once every other day. It may also be applied after bathing. This helps soothe the dog’s skin and accelerate the healing of flea bites.

However please be aware that, if the dog ingests a large amount of rosemary, it can lead to digestive problems and complications in the nervous system.

Sprinkle these on spots where you think fleas may be hiding and vacuum the powder after 48 hours. ONLY USE “FOOD GRADE” DIATOMACEOUS EARTH, AS “POOL GRADE” ONES ARE HAZARDOUS.

Some people prefer to sew the top shut, but tying is better so you can easily change the mixture.

You may also opt to use a tea light candle placed on the center of the pan instead of a lamp. This is useful if you have kids or pets running around to avoid accidentally knocking the lamp.

As natural as the methods may be, do not forget to inquire first with your veterinarian regarding what kind of remedy you can use as not all dogs have the same tolerance towards the ingredients mentioned above.