Top 10 Most Expensive Vodkas in the World

The top 10 Most Expensive Vodkas

Every year American’s consume 396,000,000 liters of Vodka. This is nothing compared to Russia’s 2,073,000,000 liters. Yes, that’s two billion. With the B. From Bottles of cheap spirits like Popov up to premium manufactures like Grey Goose, it has a 26.6% share of the American spirit market, making it the most widely sold spirit in the United states. Today we’re going to profile the top 10 most expensive Vodkas in the world. We aren’t saying these are the 10 best vodka’s in the world, but they sure are the most expensive.

#1 Absolut Crystal
Debuted in 2010, Absolut partnered with premier designers Skogsberg&Smart to make their first entry into the premium spirit market. Featuring a handmade crystal bottle, just 800 are produced a year. Each bottle is finished by a master cutter then signed like a work of art. At most, five bottles are produced a day making it one of the rarer spirits on the list. Costing €970 or $1053, this is one of the most affordable spirits of the ultra-premium market.

#2 Alize, Swarovski editon
In 2007, Alize released a special edition for Valentine’s day. This was available for one year only, making it one of the rarer items on this list. While not a pure vodka, it was a blend of cognac, vodka, rose, lychee, strawberry and passion fruit. The bottle was covered entirely in pink Swarovski crystals to commemorate the holiday, with white crystals adorning the top. This lover’s edition spirit would set you back a cool $2,000. As of this writing, I couldn’t find a single bottle for sale, which means if you’re really desperate to try it, you’re probably out of luck.

#3 Mel & Rose Gold Imperial edition
This vodka is mainly on the list not because of the spirit itself. Although premium, it’s the same spirit you’d get from any other premium manufacture. This one is special because of the casing. For $2,450 you’re buying a 750ml bottle in a handmade gold faberge egg. Each egg comes with a carafe with decorative lid and four fixing glasses also made by hand out of venetian glass. If that’s too rich for your blood, they also offer other versions made of Ruby, Sapphire, Pearl, Emerald and Silver. While the gemstone editions are only $1,179, the silver is almost as expensive as the gold at $1,945. 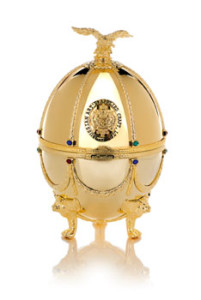 #4 Stoli Himalayan
Part of Stolichnaya’s pristine water series, this bottle is expensive not just because of a fancy bottle (although, it does come with a gold plated icepick) but because of one ingredient: water from a special reservoir of melted Himalayan snow. Limited to just 300 bottles, this premium spirit was sold in a black walnut box with a gold plated closure. At $3,000 a bottle, it’s far from the most expensive on the list but is one of the most unique. If you’re so inclined, bottles can still be found online…for $4,500. 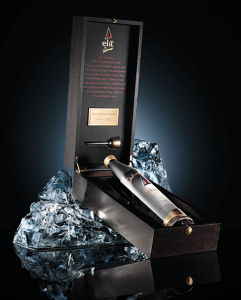 #5 Royal Dragon: Emperor edition
This one is on the most expensive list for a few reasons. It’s a limited edition of 888 bottles (the Chinese number for good luck), with a handblown glass dragon in the bottle. The closure is an 18 karat gold pendant studded with diamonds. Made with the highest quality ingredients, the most unique feature of this vodka was the edible gold flakes floating in it. That’s right. You’re drinking vodka and gold. This spirit is unique in another manner: they won’t tell you how much it is. The official website has no price, even when you add it to your cart. It’s sold by contact only. 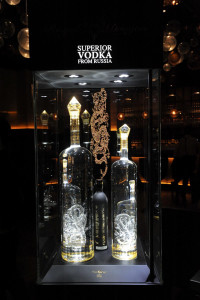 Released back in 2011 as a limited edition, German brand Lordanov went overboard with this bottle. Truly as decadent as the name implies, it was decorated with 8,300 Swarovski crystals. Priced at $3,900 per bottle, it sold out almost immediately. If that’s a bit too painful for your wallet to bare, they’re currently selling a Swarovski edition bottle emblazoned with a skull made entirely out of the famous crystals. This will set you back €3,000 or just $3,200. 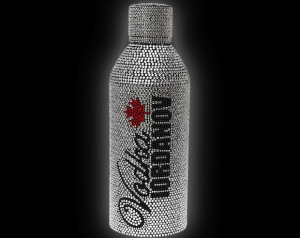 As cute and cuddly as this spirit sounds, this bear absolutely had teeth. Fortunately, they’re only aimed at your wallet and liver. Designed by Jean-Roch, this bottle is actually made of an unexpected material. Plexiglass. For $7,200 the bottle came in a holder shaped like a teddy bear equipped with a set of LEDs allowing it to light up. This edition was released specifically for the 2011, Cannes film festival and was only available there, Paris and Saint Tropez. 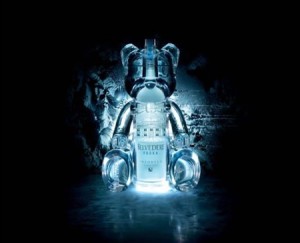 Diva is a Scottish Vodka from Blackwood Distillery. A Premium spirit, like many others Diva is filtered three times. Instead of Charcoal like most other distilleries use, they use diamonds ground up into sand. After this, the bottles are packaged in two ways. For $1,000,000 you get a bottle with a glass wand filled with colored Swarovski crystals. The black and gold edition actually comes with two real nuggets of gold, and black crystals. If that’s out of your budget, they also offer a $3,700 version that skips the stones. 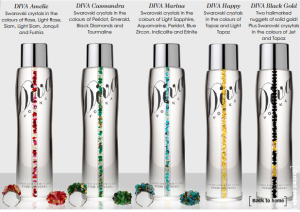 Russian automobile manufacture Russo-Baltique took premium to a whole new level with their spirit. In a flask shaped like the radiator guard of their classic automobiles made of gold coins minted exclusively between 1908-1912, it’s capped with a yellow and white gold and a diamond encrusted Russian Imperial eagle. The bottle itself is made of 11in thick bulletproof glass. If you purchased one of the companies $1.6 Million dollar Red Monaco edition bullet proof cars (with real Whale penis leather interior!), you were given THREE bottles of this expensive spirit as a gift from the company. 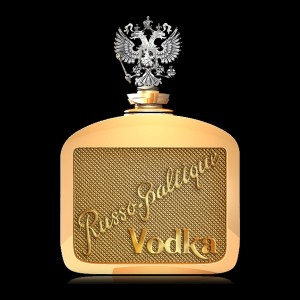 
Despite the name, this spirit won’t set you back $1,000,000,000. Just $3.7 Million. A vodka filtered five times through diamonds to remove every impurity in the alcohol, this spirit is almost outshined by the bottle. Covered in Diamonds and fake fur, the 5 liter bottle has 3,000 stones arranged in rings from top to bottom. If you’re still not impressed, your purchase also entitles you to a year of 24/7 Concierge service in any of 20 offered langauges. Assisting with everything from booking your travel, contractors for home improvement to even wedding planning, you get your own personal servant for the next 365 days. Talk about a bargain. 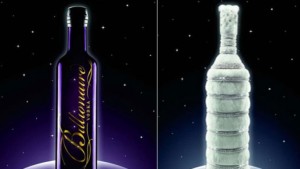 Jesse
Jesse Jagodowski is based out of New Hampshire but spends most of his time travelling. He always has his eyes on the newest Tech. He loves photography, live music and hiking with his two dogs.
RELATED ARTICLES
Entertainment