If you weren’t familiar with Ethan Couch’s case, it almost reads as fiction. On June 15, 2013, the 16-year-old was sentenced for the manslaughter of four individuals killed after, while drunk, crashing his car into a crowd. A total of nine people were injured.

Ethan Couch didn’t go to prison, though. Despite driving on a restricted license, despite the intoxicated manslaughter of four and injury of five more, Couch was sentenced to probation. Ten years of probation is an unusually long probation period, but significantly less than the recommended sentence for his crimes.

“Affluenza” was the defense offered by Couch’s attorneys. A psychologist brought in by the defense claimed that Couch was unable to understand the consequences of his behavior because his parents taught him wealth bought privilege. The “affluenza” defense, in essence, says that Ethan Couch was raised with too much money to understand the difference between right and wrong.

Which Couch seems to be proving, as he was found violating his parole, playing beer pong with friends before becoming a fugitive with his mother. With his most recent move to delay deportation, let’s look at how Ethan Couch became the face of abusive privilege. 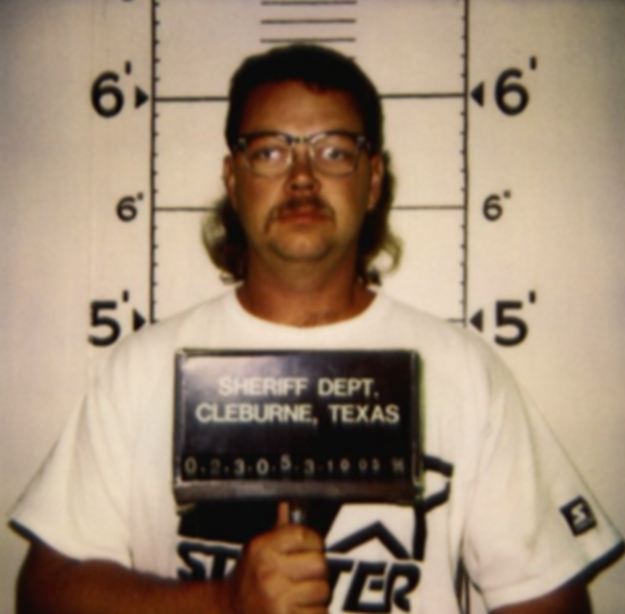 Fred Couch after one of his numerous arrests

The claim “wealth buys privilege” is easy to see reinforced when you look at Fred Couch’s life prior to marrying Tonya Pope and having Ethan in 1997. In 1988 Fred was accused of check fraud for attempting to purchase shoes with a bad check, but the case was dismissed after Fred paid full restitution to the seller.

Two years later, he would be accused of evading arrest, and that charge was also dismissed, though the details around this are unclear from the court records. In 1992, Fred Couch was again accused of check fraud, this time for trying to buy a tank of gas. He paid restitution, and the charges were dismissed.

In 1996, Fred Couch married Tonya Pope, and was almost immediately arrested for allegedly assaulting his bride. Tonya submitted an affidavit of non-prosecution, so this case was also dismissed. The next year, on April 11, 1997, the couple gave birth to Ethan Couch.

When Ethan was six, his mother was charged with reckless driving, after running another driver off the road. That same year she was also cited for speeding, and three counts of failing to properly secure a minor.

At 13, Ethan began demonstrating his own disregard for others and the law. When Ethan was found to be driving himself to Anderson Private School in Fort Worth, Fred threatened to buy the school if they tried to stop Ethan.

When he was fifteen, Ethan was found in his pick-up truck with an unconscious 14-year-old girl, and cited for possession and consumption of alcohol. No charges involved the presence of the girl, and Couch was sentenced to probation with 12 hours of community service and enrollment in an alcohol awareness class.

There’s a clear history of Ethan Couch, and his family, using their prosperity and privilege to excuse themselves from their actions. In his “affluenza” trial, psychologist Dick Miller stated simply, “The teen never learned to say that you’re sorry if you hurt someone. If you hurt someone, you sent him money.”

On Saturday, June 15, 2013, Ethan Couch was witnessed stealing two cases of beer from a Walmart, and subsequently driving with seven passengers with his father’s pick-up truck. Around that time, Breanna Mitchell’s SUV had stalled on rural Burleson-Retta Road. Two neighbors and a passing motorist, youth minister Brian Jennings, came to help Mitchell. Shortly, Couch came down the 40mph road going an estimated 70mph. Couch swerved into Mitchell’s SUV, and then hit Jenning’s car, which was pushed into oncoming traffic. Mitchell, and the three individuals helping her, were killed, while Couch and his passengers, none of whom were wearing seatbelts, survived, even after the truck flipped and hit a tree. Couch, three hours after the acccident, had a blood-alcohol content of 0.24, which is three times the legal driving limit in Texas. 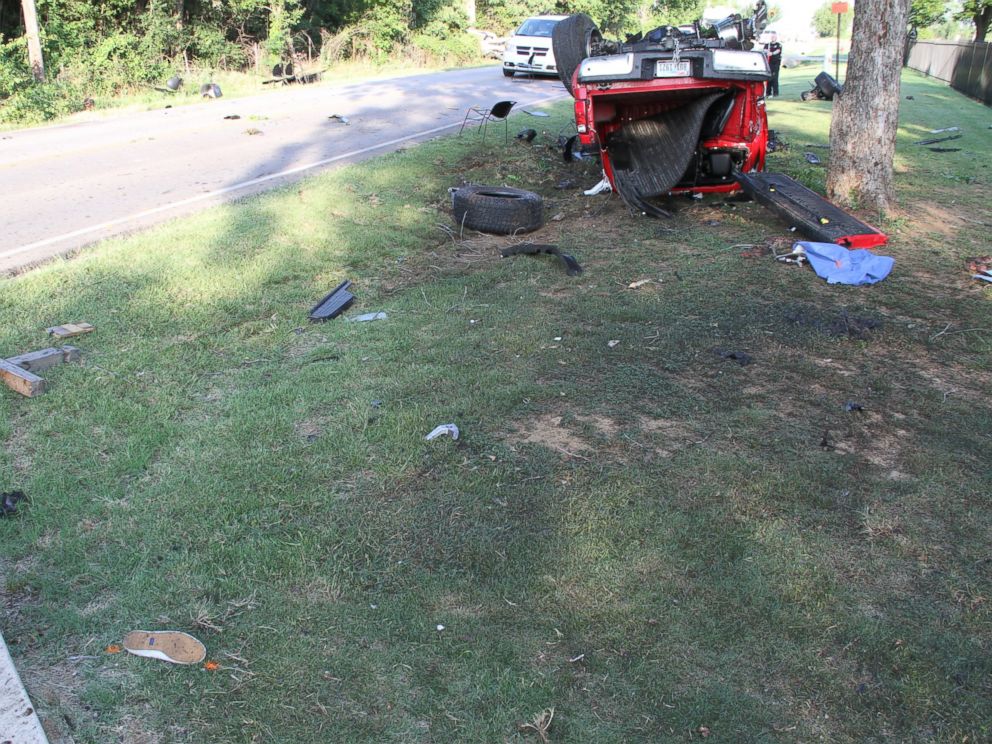 The truck Ethan was driving, after the crash

Couch never denied the manslaughter or intoxication. Instead, his defense focused on trying to demonstrate that Ethan Couch was not culpable for his actions. Relying on the testimony of G Dick Miller, a clinical psychologist, the defense team built a case around the idea that Ethan was a product of his “profoundly dysfunctional” parents, and should be sent to rehab, not jail.

“Affluenza” was the term used by Dr. Miller. The defense highlighted that growing up, Ethan was taught he could do what he wanted, due to his family’s wealth from their sheet metal company. They brought up earlier instances where money and privilege had helped Ethan or his father escape the consequences of his actions. “It was reinforced that indeed the rules don’t apply to Ethan Couch,” Dr. Miller said during the trial. After the trial, Miller told CNN’s Anderson Cooper he regretted the term “affluenza,” but otherwise felt his testimony was appropriate.

Judge Jean Boyd, presiding over the trial, agreed. After some debates about which facility to send Couch to, he was sent to the North Texas State Hospital, on February 19, 2014. In addition, Couch was sentenced to 10 years of probation. Notably, Couch’s treatment at the facility cost significantly more per month than the family was ordered to pay, meaning that his therapy for being too wealthy was largely paid for by taxpayers.

The case, from the beginning, attracted media attention, and with the publicizing of the sentence, the dam broke. Judge Boyd received immediate criticism. Many felt the sentence was contradictory; it was because of his wealth that Couch was given a light sentence.

Dr. Robin Rosenberg, a clinical psychologist known best for her papers about the psychology of superheroes, stated simply that the sentence reinforced the concept that “wealth and privilege can obviate the negative consequences.”

Other criticisms focused on a case in 2004, where Judge Boyd presided over a case involving another intoxicated 16-year-old driver, a decade before Couch’s case. Judge Boyd sentenced that teen to 20 years in prison, despite the charges against him being significantly less.

In response to the sentencing, six civil lawsuits were filed against Couch, his family, and his father’s business. While five of those were settled by November of 2014, one remained open until October of 2015. During the process toward settlement, Couch’s defense requested that Dr. Miller’s testimony from the criminal case be excluded.

On December 2, 2015, a video was posted to Twitter claiming to show Ethan Couch violating his probation. The video shows several teens playing beer pong, which would be in violation of Couch’s probation if he consumed any alcohol. If Couch is in violation of his probation, he faces re-sentencing which may result in up to 120 days in prison.

A warrant was issued for Couch on December 11, after Couch missed a meeting with his probation officer. Later that day, police went to the home Couch and his mother Tonya were living at. Kevin McConnell, the last to settle his civil suit against the family, went on CNN to express his complete lack of surprise.

A week later, Couch and his mother were reported missing, after continued lack of contact with Ethan’s probation officer, and the case became a federal matter. The FBI and U.S. Marshals released statements indicating their involvement on December 18th, offering a $5,000 reward for information leading to his arrest. 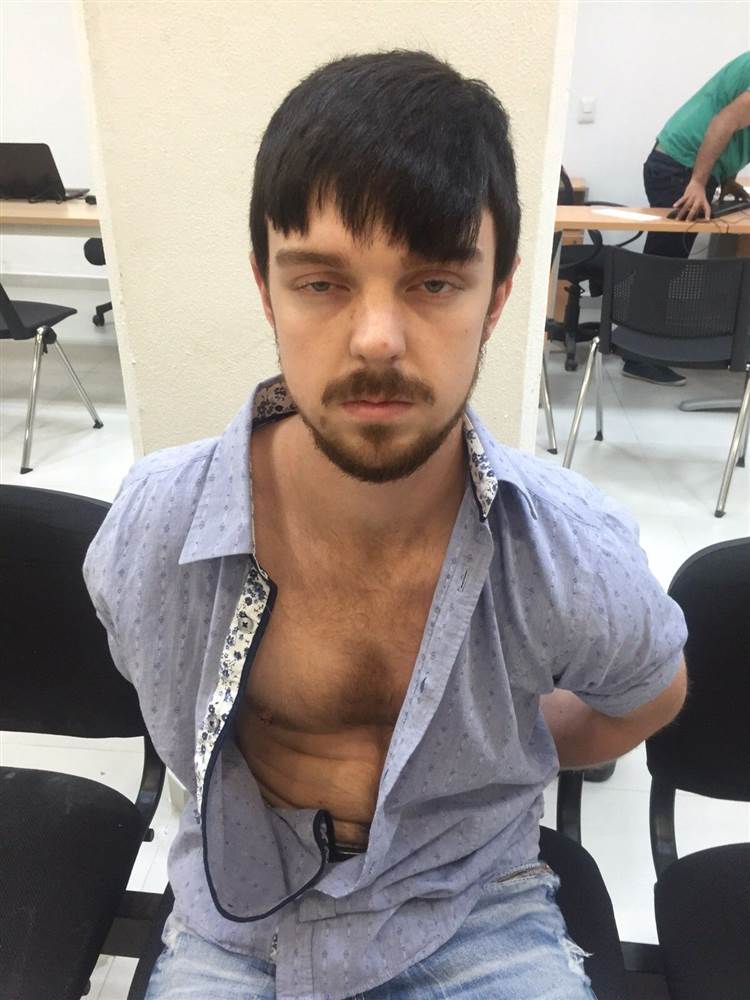 Ethan Couch dyed his hair black while on the lam, demonstrating long-term intentions

On December 28, Ethan and Tonya Couch were detained in the resort town of Puerto Vallarta, Mexico. U.S. Marshals and Mexican authorities are coordinating their return to the United States, and while Tonya has already been extradited to California on her way to Texas, Ethan is still in Mexican custody. The affluenza teen received an injunction from a Mexican judge to essentially postpone his deportation, by immediately appealing the deportation as an infringement of his rights.

Currently, U.S. officials are waiting for the Mexican court system to deliberate about the legality of Ethan Couch’s deportation. If deported, he will be investigated for parole violation, and if found guilty, can be sent to prison for up to 4 months, and receive another concurrent ten years of probation. If he violates that probation, the affluenza teen may finally see real jail time for his actions: 10 years for each death he caused, for a total of 40 years.