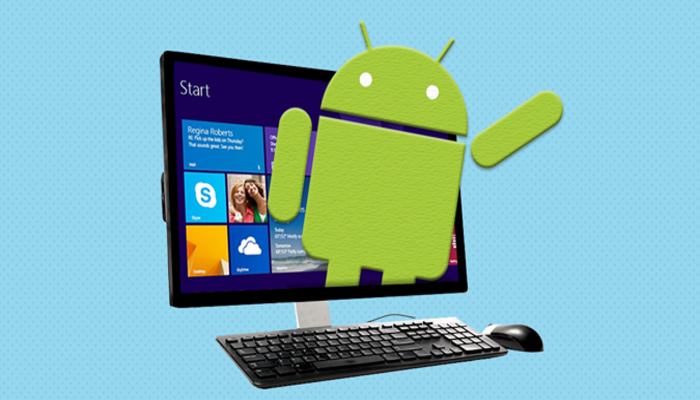 Why emulate Android on your computer?

To answer this question, first we need to know what emulation is. To emulate something is to imitate it, or match it as closely as you can. When you emulate something on a computer, you’re replicating another experience, and putting it on the computer. A while ago, we ran an article on playing Pokemon on your iPhone. This is emulation. Your iPhone looks at a Nintendo system that is able to run Pokemon, and it imitates it. When you use an Android emulator on your computer, your computer is imitating the Android interface and operating system.

Now, why would you want to do that, exactly? It’s a well-known fact that computers are better than mobile devices. They’re easier to use, they’re more powerful, and they’re a little less finicky. With that power, however, they offer more functionality than an Android device. In most cases, your computer will be more powerful than your device, enabling you to run apps that you may not normally be able to run. Your computer also has more powerful capture abilities, if you’re trying to record a tutorial, or if you’re trying to record gameplay. You also may not even have an Android device! If that’s the case, with a good emulator, you can still access Android apps.

It can be a little overwhelming to first look for an Android emulator, especially if you don’t know a lot about emulation. Luckily for you, I’m here to show you the way! With this list of the best Android emulators for PC, Mac, and Linux, you should be able to get a good idea of which Android emulation software is right for you.

As you can infer from the name, the Official Android Emulator is a part of the Android SDK. This basically means that Google puts it out officially and Google puts it out for free, for developer use. It is meant to allow developers to test their apps or look under Android’s hood, which encourages them to upload their stuff to the Play store. It’s a win-win situation. 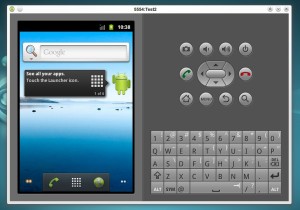 Being primarily a developer tool, it’s not a surprise that the official Android emulator is so difficult to install. It would take far too long for me to outline the entire process in this article but a quick google search will bring up more tutorials than you could ever need. Better still is the video tutorials available on YouTube. Even with the tutorials installing this program is still and ordeal. In Google’s defense, however, this emulator isn’t really intended for consumer use.

Once you have the actual emulator installed on your computer, you’ll find that it runs pretty smoothly. Unlike some other emulators, it enables you to access the majority of an Android device’s actual features. Its onscreen keyboard isn’t very becoming, but I guess it means that you don’t have to worry about any confusing key mappings. If you have the time and technical know-how, this is a great emulator. Otherwise…you might want to keep reading.

Nox is the new kid on the block when it comes to Android emulators. It only saw its initial release early last year, but it already has a loyal user base, who swear by its ease of use. Especially when compared to the official Android emulator, Nox is really easy to install and use. Most of the program configuration takes place in the Android user interface, which means that if you’ve ever used an Android device, you’ll probably know what to do. Even if you haven’t used an Android device, it isn’t exactly rocket science. 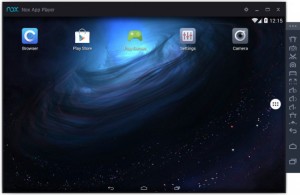 Nox is primarily geared toward the Android gamer, so support for other apps is a little shaky. Nox is also locked onto a single version of Android, more specifically 4.4.2 KitKat. This may not be too bad for some people, but KitKat is getting kind of old and it may not be compatible with everything that you want to use. Plus, if you’re a developer looking to test out your app on a lot of different system versions, you’re out of luck. I’ve also encountered quite a few issues when it comes to resolutions higher than 800 x 600.

Nox is surprisingly competent when it comes to actual emulation, though. Games are pretty stable, though results can be mixed. They offer support for quite a few input devices, too. It’s definitely a unique experience to play Clash of Clans at your computer desk with an Xbox controller. Nox lets you do that. I think that Nox will probably grow a lot over the next couple of years, but for now it’s just serviceable. If they keep going in this direction, they’ll do great things.

I may catch some hate for ranking Bluestacks this low. Bluestacks is one of the most popular and well known Android emulators that there are, and a lot of people really like it. But just because something is popular doesn’t mean that it’s the best. As your mother has probably told you before, “If your friends jumped off of a cliff, would you do it too?” If the entire Android community supported an inferior emulator, would you do it too? 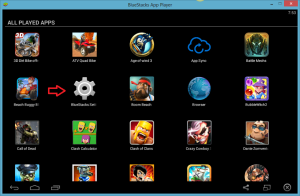 Bluestacks isn’t bad. It’s a solid emulator, with an installation process and interface so simple that a toddler could use it. However, it isn’t that great, either. Bluestacks tends to be slow. Not all games run smoothly. Speaking of games, that’s pretty much all that this emulator has to offer. If you’re looking to use an Android emulator to use regular apps, you probably won’t see much success. The further you get from gaming, the worse the overall emulating performance gets. They let you use other stuff, but it usually runs horribly.

That being said, as long as you stick to games that they “recommend” (which basically means that it’s been tested/tweaked to make sure that it runs well on the emulator), Bluestacks is pretty good. It’s popular for a reason, in that it’s easy to use and it does what most people want to do. The majority of people use Android emulators for playing popular Android games, and that’s exactly what Bluestacks lets you do. Anything further than that, though, and it falls off the wagon.

Genymotion is a cool emulator, because it helps both consumers and developers. As you’ve probably realized by now, developers and consumers have very different needs when looking for Android emulators. Genymotion provides for all of those needs, being a really good all-around emulator. Genymotion has some practical features, like enabling the user to tweak their battery level and system version to see how an app runs with different variables. (This feature is meant more for the developer.) They also have some fun features, like enabling the user to use their desktop or laptop webcam as the Android camera. (This feature is meant more for the consumer.) 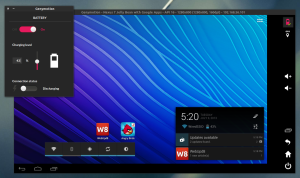 Genymotion runs silky smooth with a staggering number of applications and uses. Want to play Jetpack Joyride? You can do that. Want to compose an email for some reason? You can do that, too. It’s versatile, and is refreshing in that it’s not geared strictly towards gamers. Genymotion can go as deep or as shallow as you want it to. If someone told me that they were looking for a good Android emulator, but they didn’t tell me what they were going to need it for, I would tell them to use Genymotion. Odds are, it will do whatever they need it to do.

The only drawback? A good chunk of Genymotion’s features are locked behind a payment wall. This may not be a big deal if you’re just a regular user, since most of their licenses (which only go as low as $136/yr) are meant for developers.  Even so, that makes it a little more inaccessible as an application, which is a shame. There are also a few hoops that Genymotion has you jump through to get Google Play installed. I really want to put Genymotion at the top of the list, but it’s hard to be the best while remaining freemium.

And finally, we reach the top, with Andy. I want to be entirely honest up front and say that Andy is also freemium, offering an enterprise license at $99/yr. However, the ONLY thing locked behind this wall is developer features that even some developers may not need to use. They already offer so much with the free
version, that to purchase an enterprise license feels more like a donation than anything else. (Granted, a pretty big one.)

Although Andy obviously markets itself pretty heavily to gamers, it offers by far the best performance outside of gaming, as well. From Showbox to WhatsApp to Subway Surfers, it covers pretty much every genre of app that you would ever want for it to cover. This sets it miles apart from Bluestacks, in my opinion. Andy also offers pretty innovative input options, too. You may have thought at some point, “So many Android games require motion controls. How could a desktop computer emulate that?” Well, most emulators have you use a keyboard key to replicate gyroscope movement. Andy, however, allows you to use your phone as a controller. This is a super cool feature that I think really brings up the whole emulation experience, and I haven’t seen it anywhere else before.

Andy makes everything so easy, and it makes everything so stable. Installation is easy. The Google Play store comes with it, so you don’t have to worry about that. You’re able to configure your own controls, install your own apps, tweak the hardware settings, and everything in between. Using Andy, it honestly feels like you’re using an Android device on your computer. And if the point to emulate something is to imitate it, then by definition, Andy is the best emulator out there.