FIFA 16: How To Be Good at Taking and Stopping Penalties 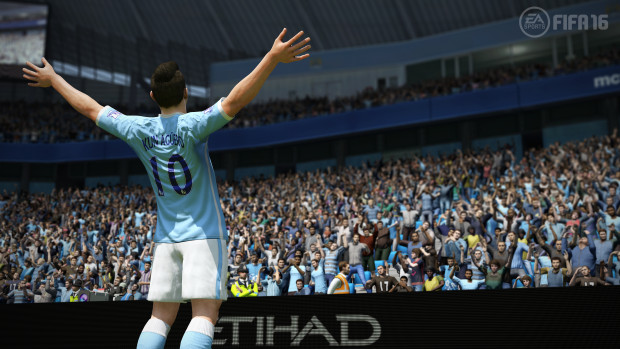 FIFA 16 is lots of fun as you can learn to play in just a few games but taking a penalty, which looks easy, can be very difficult as it usually doesn’t go the way you want it to. I’ve seen my opponents and even myself take the worst shots, wasting a good opportunity. The majority are soft and to the middle, so many players just let the goalkeeper sit there for an instant save.

Penalties happen regularly in FIFA 16 as the referees don’t make the smartest decisions. We often see them call a foul when the team has the chance to keep moving the ball or a penalty when your opponent is barely touched. These happen a lot in Ultimate Team, where I have seen many shots go to the middle for an easy save. 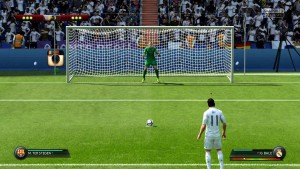 To take a decent kick, all you have to do is get some power in and keep the stick pressed to the side you want. Don’t keep it pressed throughout the kick as it will be a guaranteed miss. Just get some power while pressing the stick and let it go. You can also chip it for a beautiful score, but don’t try that on Ultimate Team unless you see your opponent moving the goalkeeper to the sides. Oh and make sure you select the player with the best penalty stats.

This is not as difficult as taking a penalty but this includes some techniques to taunt your opponent before he takes a kick. We saw this in one of the games during the World Cup and it actually worked. We rarely see taunts in FIFA 16 but there is actually a number of them. When waiting for the shot, you can press A, B, X or Y on your Xbox One controller to different taunts. You can press X, Circle, Square or Triangle on the PS4 version.

You can also move your goalkeeper from left to right with the analog stick to confuse your opponent. Remember, the other analog stick is to move the keeper to the direction you want him to dive.

This does not guarantee that you will stop or score every shot but you’ll have an advantage against your opponent since this is something many are still learning about.

What do you think about penalty kicks in FIFA 16? What needs to be added or improved? Let us know in the comments.