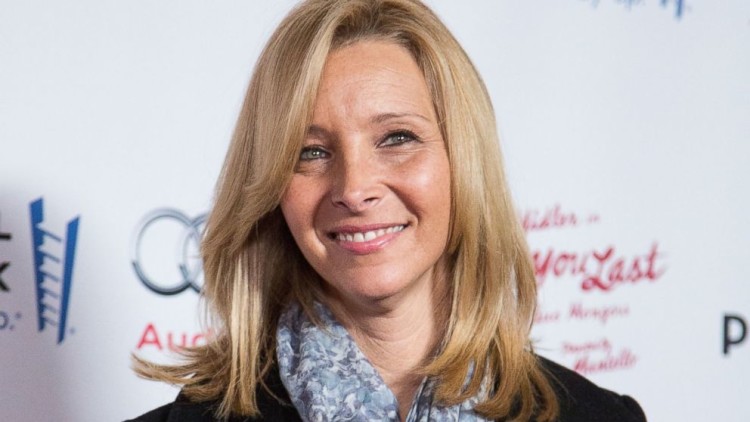 Lisa Kudrow is best known for her performance as Phoebe Buffay in the hit nineties sitcom “Friends”. She won fans the world over for her off-beat performance and excellent comic timing, an effect of her time with various improv comedy groups over the years. Topping the success of “Friends” is a tall order, and while it cannot be said that she has done so, Lisa had made a valiant effort since. So let’s take a look at where she’s come from and what she’s doing these days. 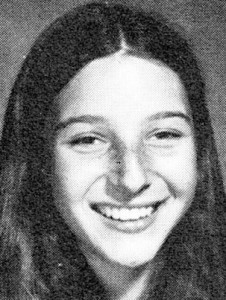 Lisa Kudrow was born on July 30th 1963 in Los Angeles, California. Her mother, Nedra, is a travel agent and her father, Dr Lee, is a physician specializing in the treatment of headaches. Kudrow initially studied science, like her father, and graduated from Vasser College with a degree in Biology. She worked as a member of her father’s staff for a number of years while trying to break into acting.

When she was young she was friends with comedian Jon Lovitz who encouraged her to pursue comedy. She joined the improv comedy group The Groundlings as the only female member of the troupe. She also had a brief stint as a member of the Unexpected Company, with Conan O’Brien, and The Transformers. Early in her television career she appeared on “Cheers” and auditioned for “Saturday Night Live”, though in the latter she was unsuccessful.

In 1993 she was cast in the multi award-winning “Cheers” spin off “Frasier”. Playing radio producer Roz Doyle, it would have been a huge role. She was dropped before finishing the pilot. Lisa Kudrow said in a 2000 interview that she knew the rehearsals weren’t going well, she could feel the part slip from her grasp and the anxiety that produced further exacerbated her on-set problems.

Her first major recurring role came that year in the sitcom “Mad About You”, set in New York she played Ursula Buffay. Now you may recognize that surname, turns out “Friends” is set in the same universe as “Mad About You” and while the sitcom was popular enough at the time the global phenomenon that was “Friends” all but eclipsed the show. Lisa Kudrow would reprise the Character in “Friends” for a number of episodes. Described as Phoebe’s evil twin sister, the character was wonderfully antagonistic and willfully belligerent.

Her major break out role began in 1994. She was cast in the sitcom “Friends” playing Phoebe Buffay. The role contrasted with her performance on “Mad About You” but was, if anything, funnier. The show ran for ten years and by the last two seasons she had become one of the highest paid televisions actors in the world, earning $1 million dollars an episode. She used her new-found super stardom to land big roles in film. Most notably the comedy “Romy and Michelle’s High School reunion”, “Analyze This”, its sequel “Analyze That” and others.

In 1995 she married French advertising executive Michel Stern, they have one son. Her pregnancy was famously written into the show, where she surrogates for her half-brother and his older wife when they are unable to have children of their own.

She has also had a lucrative career behind the microphone, voicing characters for animated show “Hercules”, “The Simpsons” and “American Dad!”. After the conclusion of “Friends” in 2004 she created the comedy-drama series “The Comeback”. The show only lasted one season in its initial run, citing poor ratings. The show was a little too ahead of its time, a meta look behind the scenes of a comedy show, like the following years “30 Rock”. The show was well received critically, even being nominated for two Primetime Emmys. 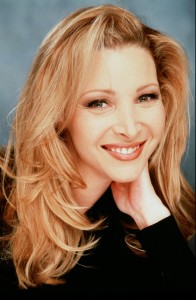 Lisa Kudrow’s next big project was the improv web series “Web Therapy”. In it she plays a therapist of dubious credentials who provides three-minute sessions to her clients via the internet. The show received critical acclaim, winning a Webby and was picked up by Showtime in 2011 and ran for four seasons before being cancelled in August last year. The show is getting a Spanish version this year.

In 2014 “The Comeback” was brought back for another season, this time following Lisa Kudrow’s Character through another onion of self-reference by playing a fictional version of her fictional character. The show was again very well received and launched to stronger ratings. It has already been renewed for a third season which should premier some time this year. This year she has already appeared in the TV pilot “Angie Tribeca”, the new comedy created by Steve Carell and Nancy Walls Carell.

This year will be a big film year for Lisa Kudrow, she has four confirmed roles. “Table 19”, a comedy set at the singles table of a wedding. “El Americano: The Movie”, a Mexican American film about a teenage parrot going to Hollywood to enlist the aid of his favorite hero to help defend his father’s circus. “Neighbors 2: Sorority Rising”, reprising her role as Dean Carol Gladstone from the first “Neighbors” film. “The Girl on the Train”, starring Emily Blunt as a commuter on a train who constructs narratives out of the lives of the families she passes.

Also of note is the possibility of a “Friends” reunion, though it seems we will be missing Matthew Perry, the cast will be together again honoring producer James Burrows later this year. Lisa will be starring in a number of film and television shows in 2017, of note are Table 19 and the Boss Baby. Table 19 seems to be the more interesting of the two, with the latter being an uninspired children’s flick. In a move ripped from the My Dinner with Andre Playbook, Table 19 is comedy drama set at the weird table of a wedding. Looks to be an interesting film.