What Happened to Tiffani Amber Thiessen? – A Kelly Kapowsky Update 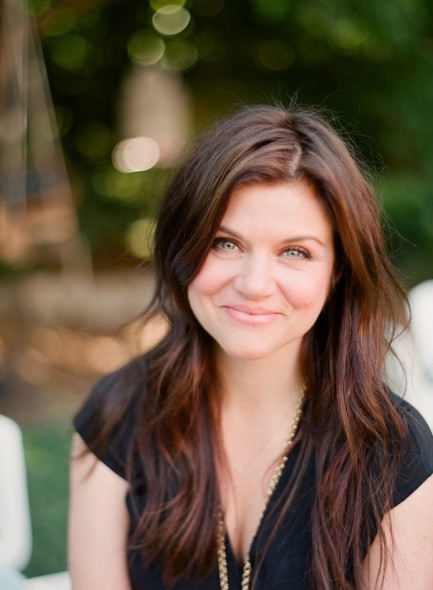 She captured our hearts as Kelly Kapowsky in one of America’s most watched teenage sitcoms, Saved by the Bell,  before going onto to star in Beverly Hills, 90210 and along in several films.  Tiffani Amber Thiessen was one of the few members of the Saved by the Bell cast to transform her sweet, angelic image into a more mature and sexy one.  What’s she up to now?

The Start for Tiffani Amber Thiessen

Thiessen grew up in Long Beach, CA with her parents Robyn (homemaker) and Frank (landscape architect).  The thought of show business was foreign to the family but thanks to strong role models, which Theissen credits her mom and grandmother, she was able to find success at a young age.  She started modeling at the age of 8 and participated in beauty pageants across the nation.  She was named Miss Junior America in 1987 and graced the cover of Teen magazine one year later after winning the publication’s much coveted “Great Model Search” contest.  She was then named Cover Girl magazine’s “Model of the Year” in 1989 just prior to being cast in the hit TV show Saved by the Bell.  Along with the strong female role models, Thiessen says she draws a lot of her inspiration from her brother Todd.

Many won’t remember this, but the show was vastly different before it became a hit.  The 1988 pilot was entitled Good Morning, Miss Bliss where the teacher, Miss Bliss, was the main character and would focus on her interactions with her students in a high school set in Indianapolis, Indiana.  The show was initially aired on the Disney Channel for one season before being cancelled after just thirteen episodes.  The show was then picked up by the NBC Network and completely revamped and renamed to Saved by the Bell, which won over When the Bell Rings.

Several characters carried over from the original show. Zack Morris, played by Mark-Paul Gosselaar, would play the main character followed by Lisa Turtle, Samuel “Screech” Powers, and Mr. Belding, each played by Lark Voorhies, Dustin Diamond, and Dennis Haskins.  During the show’s overhaul, the characters of Kelly Kapowski, Jessie Spano, and A.C. Slater were added into the mix; the latter played by Elizabeth Berkley (Show Girls) and Mario Lopez (Extra).  Revamping the show would prove to be a success as the show would air from 1989 through 1993, and would continue and generate spinoff’s well into 2000. 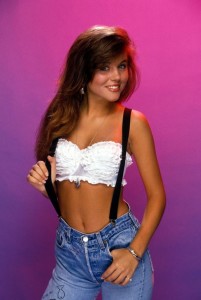 Perhaps in her entire career, Thiessen’s portrayal of Kelly Kapowski was likely her most notable performance.  Kapowski was the head cheerleader and captained the swim, volleyball, and softball teams.  All of this amounted to her being the most popular girl in highschool.  She would also be the main love interest for Zack, which would continue through the college spinoff and ultimately culminating in a wedding series finale in the television movie Saved by the Bell: Wedding in Las Vegas (1994).  Theissen was nominated three times for Best Young Artist Award between 1990 and 1993 for her performance.

As Saved by the Bell wrapped up and aired its final episode on May 22, 1993, Thiessen began looking for more mature and dramatic roles to play.  Her only movies at that point were Son in Law (1993) with Pauly Shore and Saved by the Bell: Wedding in Las Vegas.  Thiessen would find her transformative role on the Fox Network, playing bad girl Valerie Malone on the show Beverly Hills, 90210.  She joined the cast half way through the series and became a main character for five seasons before guest starring in the 10th and final season of the series.  During the show’s tenure, Thiessen achieved her goals of appealing to a much more mature audience and quickly became a regular on many “Sexiest People” lists across numerous publications for nearly a decade.  90210 would run through May of 2000 and Thiessen would appear in various films along the way: The Stranger Beside Me (1995), She Fought Alone (1995), Sweet Dreams (1996,) and Buried Secrets (1996).  When she left the main cast of 90210, Thiessen continued her film career, starring in Speedway Junkie (1999), From Dusk Till Dawn 2: Texas Blood Money (1999), Love Stinks (1999), and The Ladies Man (2000).  She also starred in the music video “You’re a God” by the band Vertical Horizon.

Thiessen would catch another small break in 2002, where she got a role in Woody Allen’s Hollywood Ending and would star in the TV show Fast Lane which would run for 23 episodes.  Her performance in Fast Lane would go on to earn her a nomination from Teen Choice Awards for Choice TV Actress in a Drama/Action Adventure.  Roles were few and far between from 2004 and 2009 as her focus shifted to her marriage with Paul Brady in 2005.  Her next major part would be for USA Network’s TV show White Collar (2009 – 2014) where Thiessen would be a main character and featured on 76 episodes. 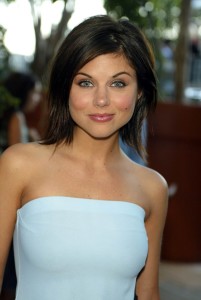 Aside from being onscreen or in a magazine, Thiessen managed to avoid the spotlight for much of her personal life.  She’s known to have dated Brian Austin Green after the two moved in together back in 1992.  She was later the subject of media attention in 1999, when she dated David Strickland, an actor would committed suicide.  Strickland checked into the Oasis Motel in Las Vegas one evening and hung himself with a bed sheet over the ceiling beam after consuming several bottles of beer.  According to marks on his body found after his death, it was assumed that he made previous suicide attempts.

She was also engaged to actor Richard Ruccolo as the two would be in a relationship between 2001 and 2003.  She later married Brady in 2005 and the couple currently have two kids together: a daughter named Harper Renn Smith and a son named Holt Fisher Smith.

The only negative images that flashed on the media with Thiessen were with her friendships with the cast of Beverly Hills, 90210, specifically co-stars Jennie Garth and Tori Spelling.  While little was known about the feud between Garth and Thiessen, she later shared on a radio interview with Howard Stern, “We had a falling out and we grew apart,” and added, “I was the one who was hurt, let’s just say that.  I was the one who was hurt.”  The two have since reconciled from whatever transpired and appear to have mended most of the relationship.  The situation with Spelling was much less publicized but slightly clearer.  At the time, Spelling just divorced her first husband before the fallout between Thiessen and Spelling was publicized.  On the same show with Stern, Thiessen stated, “It was really trying to take care of the person who I thought was, probably, done wrong.”  Thiessen was referring to Spelling’s divorce from her first husband, who was Thiessen’s best friend’s roommate.

What is Tiffani Amber Thiessen doing now in 2018?

Her last well-known appearance was in 2015 when she appeared on The Tonight Show with Jimmy Fallon.  Thiessen joined the other original members of the Saved by the Bell cast in a sketch taking place in the show, a very nostalgic moment for many viewers.  She now hosts her own television cooking show on the Cooking Channel entitled Dinner at Tiffani’s.  Her official website mainly revolves around Dinner at Tiffani’s and promotes the products that are featured on the show.  Dinner with Kelly Kapowski anyone?