What Happened to XBMC? Find out Now 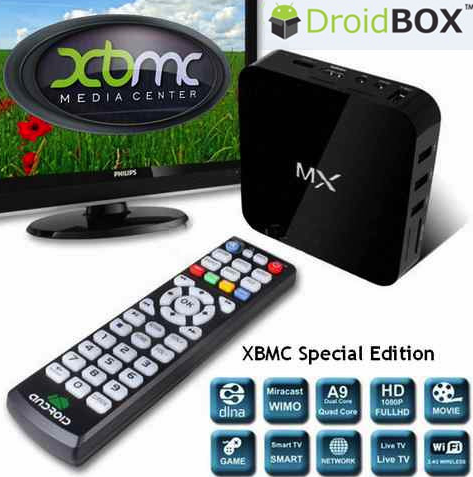 With the staggering amount of various electronic devices that are available to the general populous, many key features are overlooked. Yes everyone focuses incredible amount of attention towards the camera quality and camera features if its a phone, the amount of storage in the device, the processing power, but those seem to be the only features people notice.


One of the main features that is found in generally all devices that constantly is overlooked is the media player and the UI, or user interface, of said media player. Due to the abundance of third party music and video applications that are out there, it is no wonder the UI gets overlooked seeing how many people don’t use the stock music and movies application. Instead they opt to use the music streaming service Spotify or Pandora and watch their movies on Netflix or HBO thus nullifying what the stock application looks like.

Some of you may be asking yourself “what is Kodi? I’ve never heard of that in my entire life.” That may be because Kodi was formerly known as xbmc before its name change to Kodi. Still some of you are still clueless on what xbmc is as well and that is perfectly fine. To start we’ll go over a quick history of xbmc and what caused xbmc to be used by many across all platforms. Xbmc, now known as Kodi, is a free and open-source media player software developed by the xbmc foundation. This open-source media player is available across a variety of platforms including Windows devices, Android devices including both phones and tablets, and various other hardware platforms. Xbmc used a 10 foot user interface simply meaning that the media player was visible from ten feet or 3 meters away and operates using a tv style remote. The media player allowed users to play and view most videos, music, audio (with podcasts included), and all common digital media files from local and network storages that could be set up.

In addition to the ability to view the aforementioned types of media, xbmc was also highly customizable allowing users to hand pick their applications visual appearance through the use of skins that would alter the colors and icons throughout the application. Finally one of the more appealing features of xbmc was the ability to install various plug ins that would allow streaming from countless media services like YouTube, Amazon Prime instant video, and the aforementioned popular music streaming application Spotify.

While xbmc was later renamed to Kodi, xbmc was originally intended for the first xbox hence the name Xbox media center or xbmc for short. Later versions of Kodi then included DVR support and a PVR, or personal video recorder, allowing users to record their favorite videos.

XBMC in the Beginning 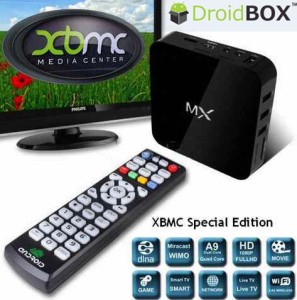 With the basic premise of xbmc explained, how was the application received by the general populus; overwhelmingly positive. In addition to XBMC winning a Lifehacker Awards in 2014 for “Best Media Player” in their entertainment selection, the service also won two SourceForge 2006 Community Choice Awards. While those 3 awards are quite impressive, those aren’t even all of the awards and accolades that XBMC has received. In 2008 XBMC won the award for “Best Project for Gamers” in addition to being voted as the best replacement for the lack of Windows Media Center with many claiming it was already better than Windows Media Center.

Now that we have the brief introduction on what xbmc offered as a third party media player, what happened that caused xbmc to fall out of the public eye and lose out on potential users. To start there was the name change to Kodi. While the name change wasn’t the end all be all of the media player’s success it through off people who didn’t know about the name change. If they looked up xbmc they will see xbmc being referred to as Kodi unaware that they are the same thing. In addition to the change in name xbmc also lost exposure and a platform.

In June of 2015 Amazon had removed the Kodi application from the Amazon appstore. This was due to Kodi’s ability to illegally download content, although it does not come with pirated material, which was against Amazon’s terms and services thus resulting in the removal from the app store. However, Kodi is still available on the Google Play Store if you have a phone or tablet that has access to the Google Play Store.

In addition to the removal of Kodi from the Amazon appstore, Kodi’s application can also be used with libdvdcss which supports the playback of DVD-Video movies encrypted with the Content Scramble System. Whether this is actually illegal is a question many nations are currently thinking about. However in the European Union, this is likely legal since DRM can be circumvented if it is done to facilitate legal use. Since we are talking about legal and legality concerning Kodi, Kodi is represented by the Software Freedom Law center (SFLC) which assists the Kodi project and its developers when it comes to legal trouble i.e. copyright infringement, trademarks, and branding issues.

Aside from the the name change and removal from the Amazon appstore there wasn’t really a massive blow to the Kodi project that cause it to fall out of the eye of the general public. No massive lawsuits towards Kodi, no major virus with the application that turned users away, nothing.

While the stock media player on your laptop and Android smartphone or tablet may never quite reach the level of customization and appeal that you want, you can always count on third party applications that specialize in exactly what you want. While Kodi may not be a greatly known media player anymore, the service is still definitely worth checking out if you have the means and are looking for the complete freedom and customization you want. A word of advice that you should heed when looking for third party media players are those that attempt to scam you and inflict a virus into your device. Just be weary about what you download and take 5 minutes to research the product before getting it.