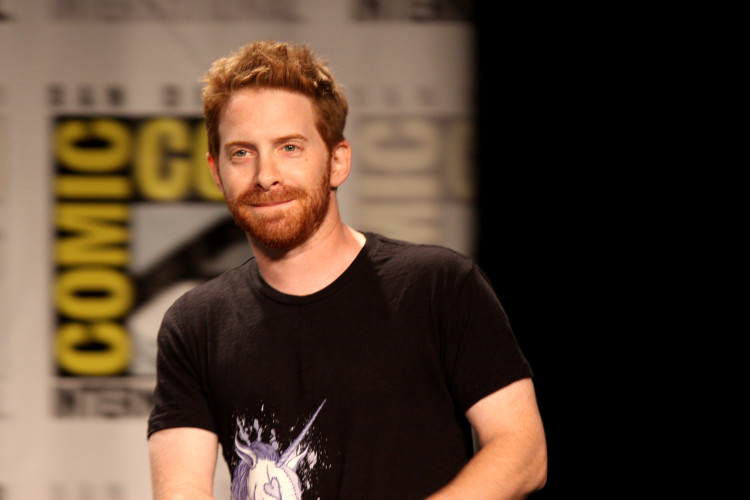 You know, I like opening with the phrase “Best known for”. Its easy and gets across who I’m talking about quickly with minimal fuss. But with Seth Green I don’t know how I would finish the sentence. Do I say “Buffy The Vampire Slayer”? “Family Guy”? “Robot Chicken”? Seriously, Seth Green has had regular work in the industry for over thirty years, a fair achievement considering he’s only 41, not only regular but his work is consistently of a high enough quality to be notable. So where is he these days? Still on TV every week. He hasn’t gone away, but let’s take a look at where he came from and what we can expect from him this year. 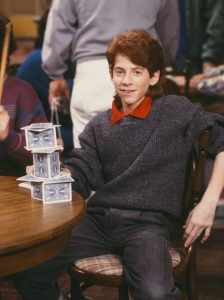 Seth Green was born on February 8th 1974 in Overbrook Park, Philadelphia to Herbert Green and Barbara Gesshel. His full birth name is Elizaseth Benjamin Gesshel-Green, nah I’m kidding, it’s Seth Benjamin Gesshel-Green, but he legally dropped the Gesshel. He started acting at age seven, his uncle was a casting director who helped him land some early roles in commercials. He was soon appearing in advertisements for the likes of Kodak and Burger King.

He made his feature film début in 1984, appearing in both “Billions For Boris” and “The Hotel New Hampshire”. The latter of which is based on the 1981 John Irving novel of the same name. It starred Rob Lowe and Jodie Foster, Seth Green played the young son Egg Berry. He dies. More commercials and a few walk in roles in television followed. He was nominated for a Young Artists Award in 1989 for guest starring in two episodes of “The Facts of Life”.

The early to mid nineties were a bit slow for Seth Green, he was in a lot of films and television shows, but no starring roles and few notable performances. He made an appearance in the 1990 cult horror series “It” and two years later he played a character in “Buffy The Vampire Slayer”. No not the good “Buffy” the bad one. Joss Whedon sold a film script under that name in the early nineties, it got optioned and a film was produced. It was terrible. The script was bastardized almost to a point beyond recognition. The film as shot did not share a continuity with the series that followed five years later, but Joss’ original script does. Seth Green’s character was cut from the final film.

Seth Green achieved international recognition in 1997. He appeared in the hugely successful “Austin Powers: International Man of Mystery” film. Starring Mike Myers in the dual role of both the titular Austin Powers and his nemesis Dr Evil. Seth Green plays Scott Evil, son of the villain. I watched it again a few months back, surprisingly it hold up pretty well. He went one to reprise the role in the two sequels, “The Spy Who Shagged Me” and “Goldmember”. “Goldmember” is a bit of a mixed bag to be honest, but “The Spy Who Shagged Me” maintained the quality from the first film. He would also co-star in the actual “Buffy The Vampire Slayer”.

He played the aloof and ever cool Daniel Oz Osbourne, werewolf and boyfriend of nerdy dream girl Willow Rosenberg. Needless to say I am a huge fan of this show, the twists and turns, the characterizations and genre bending plot and premise. Still some of the best television ever made. Even if you never watch it all do yourself a favor and watch the season four episode “Hush” and the season six episode “Once More With Feeling”. Seth Green would also play Oz in the spin-off show “Angel”.

He would leave “Buffy” early in the fourth season, returning for one last episode near the end of the season. He followed up with a string of small roles on television and a few more movies. His next big role would be in 1999 where he joined the cast of Seth MacFarlane’s “Family Guy”. Originally he auditioned for the role of Chris Griffin with a voice based on Ted Levine’s performance in “Silence of the Lambs”. He was shocked when he was picked to play the character. As it turns out the other hopeful actors vying for the role of Chris had all done some variation on the traditional Surfer dude voice, very west coast, and MacFarlane thought Seth Green’s performance was perfect for the part.

“Family Guy” was on the air for only three seasons, with critics likening it to a crasser cut-rate version of “The Simpsons”…but, it came back due to high demand from the fans and very strong DVD sales. In 2004 he starred in what is quite possibly his finest work. “Without a Paddle”. It was a classic movie, a timeless tale of three friends going on an adventure to search for treasure, with unforeseen hilarious consequence. Please don’t watch this film. 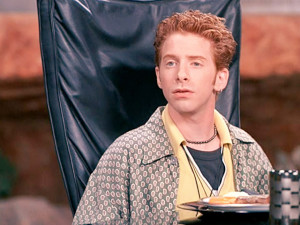 He created “Robot Chicken” in 2004. The stop motion love letter to an eighties childhood has been one of [Adult Swim]’s highest rated and most watched shows. It has received several awards for the quality of its writing and directing. Like “Family Guy” it is well-known for its trio of “Star Wars” specials, though rather than broadly remaking the original films they went with their own sketch show format.

He married actress Clare Grant in 2010.

He has voiced several characters these last few years, including roles in “Hulk Agents of Smash” and the “Guardians of the Galaxy” movie, playing Howard the Duck in the post credits stinger. I was pleased to hear his voice in the “Mass Effect” series, playing ship pilot Jeff “Joker” Moreau in all three games. Beginning in 2014 he began playing Leonardo the blue ninja turtle in the ongoing “Teenage Mutant Ninja Turtles” series replacing Jason Biggs.  His latter-day film roles have been plentiful, but ultimately uninteresting.

He is still making “Robot Chicken” to this day and also still appearing in “Family Guy”. Last year he had a role in the alternative holiday film “Krampus”. He is currently in post production on a new “Star Wars” show, in a similar vein to his “Robot Chicken” specials. “Star Wars Detours” will début sometime this year, 39 episodes have been produced so far. It is unlikely to be canon. Seth Green will also be appearing in the Horror anthology film “Holidays”, Kevin Smith will be writing and directing at least one part of it.

Other films due out this year include Coup D’Etat and A Futile and Stupid Gesture. I seems he will also be reprising his role as Joker in the Mass Effect series, with rumors of a Seth being in the recording studio for the new Mass Effect Andromeda. While the game is set in another galaxy, it is a shoe in that a few old faces will show up. It must be noted that the Seth in question may be friend and Family Guy creator MacFarlane, rather than Green.