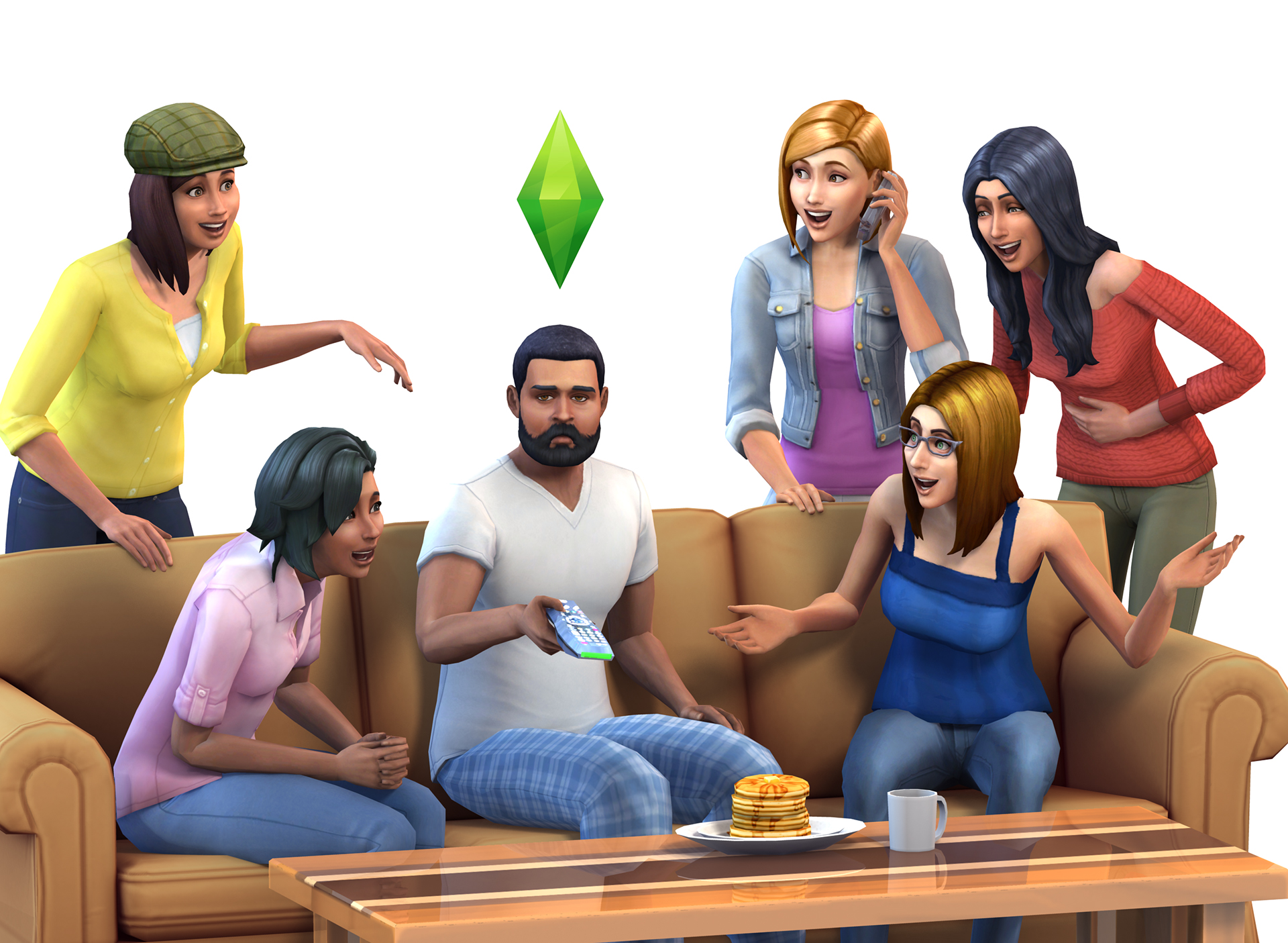 Why look for Sims alternatives?

When the first Sims title, The Sims, was released in 2000, the world was amazed. The sheer scope of the game was mind-boggling, with players able to literally simulate human life. The artificial intelligence included was also ground-breaking for its time. Never before could you kick back and watch the computer play such a complex game, and do so in a more-or-less intelligent fashion.

Since then, EA has released several new installments of The Sims series, and they have released even more expansion packs. If you’re a Sims fan, there are plenty of Sims games for you to choose from. However, the most recent Sims installment, Sims 4, wasn’t very well-received. Maybe you’re disappointed in the direction that the Sim series is going. Maybe you’re bored of The Sims. Or maybe you’re just looking for a cool new game to play. Check out this list of the top five games like The Sims. 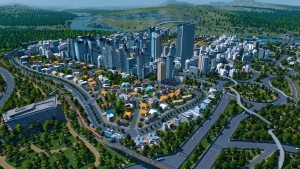 Cities: Skylines is sort of like The Sims, in that you are able to name the citizens that live in your town, and watch them live out their lives. However, in Cities: Skylines, you are managing an entire city, and it can be hard to keep track of individual people. Cities: Skyline may not be exactly like The Sims series, but it’s a point-and-click simulation game that you can play as hands-on or as hands-off as you would like. Like in the Sims, you can never really win, but it is possible to lose.

Cities: Skylines is really fun, and it’s easy to get absorbed into it for a long period of time. You may be a little off-put by it, because it seems a little complicated at first. I promise that if you take a little bit of time to learn the mechanics of the game, you won’t be able to put it down. 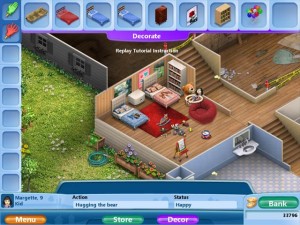 Virtual Families used to be a Flash game back in the day, but it’s since been adapted across multiple platforms, rebranded as Virtual Families 2. It’s seeing a new surge in popularity, and I think it’s well-deserved. Virtual Families is the one game on this list that is closest to the Sims games. In Virtual Families 2, you control a family of your own creation in real-time, just like you would in The Sims. Virtual Families 2 features a variety of different simulation-related features, allowing for random encounters, illness, and childbirth.

Virtual Families 2 wasn’t developed by a gaming god like EA, so you can’t really expect to see the same level of depth or visual quality. However, it’s still a solid life simulator that you would probably really enjoy if you like the original Sims games. Just like in the Sims, it’s easy to find your family in weird or humorous situations. On the Virtual Families iOS app, my entire family almost died because the oven lit on fire and my people couldn’t walk towards it, for some reason. Is this instability and glitchiness bad? Probably. As horrible as it feels to say, though, stupid glitches have become a cornerstone of life simulator gameplay. It never feels unwelcome.

The player’s goal in Virtual Families 2 is to improve your house and have children. This may seem like a simple enough goal, but just like in real life, things can be complicated. I’ve actually found Virtual Families 2 to be much more challenging than any of the Sims games, which are pretty easy to succeed in. If you want something similar to Sims, but with a little more difficulty, this game is probably your best bet.

Virtual Villagers is brought to you by the same people who made Virtual Families. Just like Virtual Families, Virtual Villagers started off as a Flash game. You’re probably taking a look at that picture on the right and thinking, “What an ugly looking game.” And that’s a justified thought. It kind of frustrates me that it’s been around for so long, and it hasn’t really received any graphical updates of any kind. However, I recently picked it up again for nostalgia’s sake, and it’s as fun as ever. 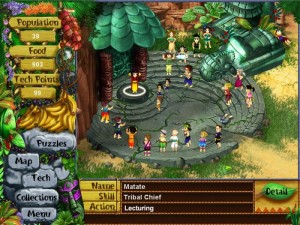 In Virtual Villagers, you manage a tribe of villagers who are stranded on an island. You can train your villagers to be proficient in different skills, and these skills can be used to maintain the island and explore its mysterious properties. You can also make your villagers have children, who can sometimes inherit the abilities of their parents. If there’s any game out there that can remind us to not judge a book by its cover, that game would be Virtual Villagers.

Virtual Villagers is an interesting spin on the life-sim genre, because I think it takes the standard “watch people run around until your eyes glaze over” life sim experience, and adds a touch of intrigue. I won’t lie — I played a lot of Virtual Villagers when I was younger and Flash games were all the rage. Still, I haven’t uncovered all of the secrets that the island has to offer. It’s ultimately a puzzle game wrapped in a life sim, and I think that’s really cool. 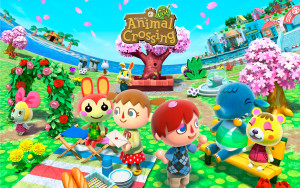 Animal Crossing is a more polarizing title, as weird as that may sound. It’s always been sort of controversial. People who like it absolutely love it. People who don’t like it absolutely hate it. To many, Animal Crossing is the epitome of the “casual” game. It’s cute, it’s heavily marketed towards children, and it doesn’t have any real end-goal. Basically, it’s like Sims, but for kids. In New Leaf, the latest installment in the series, players act as the mayor of their town. They work in the town to earn bells, which can be used to pay off your house’s mortgage, or upgrade the town itself.

Yeah, it’s weird to think that mortgage payments somehow made it into a “children’s game”. Animal Crossing games are fun and easy to get into, but they’re not children’s games. Some of the game’s mechanics are actually pretty complicated. From beetle catching to decor feng shui, there are quite a few complicated concepts that would sail right over the average kid’s head. You can get as deep as you want to, though. The game doesn’t punish you for only playing every once in a while, or not making a lot of money. It’s a much more relaxing game than you would think.

I consider myself a “real gamer”, and I’m not ashamed to say that I’ve logged more than one hundred hours into my copy of New Leaf. It’s not really your traditional life sim, I’ll admit that. However, when you’re exhausted and dutifully catching bugs to make your last mortgage payment, it feels very much like real life.

Yeah, I’m going there. The Sims, as I mentioned at the beginning of this article, was released in 2000. The
first Harvest Moon game released in 1996. They were making life simulations before life simulations were cool. Although Harvest Moon’s mechanics vary slightly from game-to-game, they generally involve farming on a regular basis and earning money to upgrade that farm. 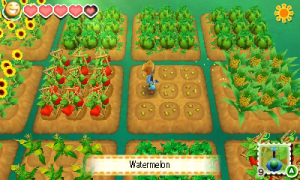 Sounds familar, right? I love Animal Crossing to death, but Harvest Moon did it first. Both games can feel like
a grind, but they’re so rewarding. A New Beginning is the latest installment in the harvest Moon series, and it’s been highly praised. Like most Harvest Moon games, it begins with you taking over an old run down farm, and working hard to restore it to its former glory. This requires a lot of hard work. Plant and water your crops, harvest them, gather wood, milk cows. It sounds like a lot of work, and it is. But it really pays off.

Harvest Moon isn’t all work and no play, though. The game has something sort of resembling a story (setting it apart from all of the games in this list), and you’re able to romance different characters. It’s not great, but it’s definitely something. Like the Sims, Harvest Moon is really easy to get sucked into. Just like you can spend painstaking hour after hour creating a house in Sims, you can spend hundreds of hours in Harvest Moon trying to make everything just so. It’s a time-sink, but it doesn’t really feel like it.

If you don’t own a 3DS to play A New Beginning, there are dozens of other Harvest Moon games to choose from, spread across different Nintendo platforms. Do some research, and find which iteration would suit you best. Personally, I’ve always been very fond of Friends of Mineral Town on the Gameboy Advance.

There are quite a few other life simulation games out there that weren’t good enough to make this list, but that I think deserve a nod. Games like Kudos, Second Life, and Alter Ego are all iconic and classic life sims. Not to mention, newcomers like Fantasy Life and Tomodachi Life look promising, too. As simulation games become more popular, so do life sims.

Remember when I talked about how people don’t like Sims 4? Do you also remember when I talked about how Cities: Skylines was released, seemingly in response to the disappointing 2013 release of Sim City? We live in an age where people don’t just put up with bad games anymore. If EA decides to drop The Sims series, or if the quality of the series continues to decline, it’s only a matter of time before something bigger and better takes its place. So, if you’re a big fan of the life sim genre, you have nothing to worry about.