What Happened To Kirk Cameron? – 2018 Update 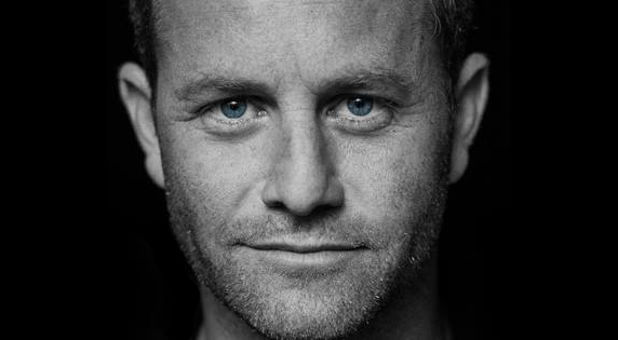 No seriously, what happened to Kirk Cameron? Was he struck blind on the way to Antioch? He went from a child star to teen heartthrob to a virtual unknown in such a short space of time. You’ll probably remember him from “Growing Pains” the, 1985-1992 Dom Com starring Alan Thicke. Let’s take a look at how Kirk Cameron went from superstar to a second thought.

Kirk Cameron was born on October 12th 1970 in Panorama City California. His parents were Barbara and Robert Cameron, she a home maker and he a retired school teacher. He got his start in acting at a young age, appearing in commercials when he was nine. It wasn’t long before he got a starring role on television, “Two Marriages” and a variety of other shows and films. He achieved national recognition in 1985 after being cast as Mike Seaver in ABC’s “Growing Pains”.

It was the age of the domestic comedy, before the advent of the irreverent comedy about nothing. “Growing Pains” competed with several similar shows during its run, like “Family Ties”, and was at one point the eighth most watched show on television. It starred Alan Thicke, who I just found out is the father of that utter moron Robin Thicke, as the head of the family. But Kirk Cameron’s Mike quickly became the break out character.

It gave the young Kirk an awful lot of power behind the scenes and when he had a religious conversion at age 17 he began to exert pressure on the network to tailor the plots to his new sensibilities. It culminated in him getting a perfectly fine young actor, Julie McCullough, fired for having once appeared in Playboy. She was replaced as Kirk’s on screen love interest by Kirk’s real life girlfriend, and now wife, Chelsea. The final season of the show dealt primarily with faith, and as a result was terrible.

It’s really a shame, the show started strong, was good for a few years and became unwatchable. It makes going back to it a chore, and the blame can be laid at Kirk Cameron’s feet. Which I’m sure are well washed. After “Growing Pains” Kirk Cameron distanced himself from high profile television and film to focus on his evangelical work. Joining up with fellow fundamentalist Ray Comfort he ran the evangelical Christian company Way of the Master.

Looking through his back catalog since “Growing Pains” reveals one bad faith based indie flick after another. He did star in “Left Behind: The Movie” which is fantastic though. All three of them too, and they really do get better as you watch them. Don’t misunderstand, they are poorly written, poorly edited, have terrible special effects and the acting leaves a lot to be desired, to say the least. But they are hilarious. The premise alone makes them worth a watch. The kind of esoteric connections required to come up with the idea of “The Rapture” could only have been divinely inspired.

Kirk was in the spotlight for all the wrong reasons in 2012. During an interview with Piers Morgan he described same-sex marriage “Unnatural, detrimental and ultimately destructive”. Strong words, and for the most part factually inaccurate. He did make something of an about face in 2014, instead of placing the blame for the downfall of traditional values on same-sex partners, placing it on the church and Christians in general. Not sure if I can agree with that either, but considering he was on a lecture circuit talking about familial relationships at the time the statements become ultimately self serving.

These days Kirk Cameron busies himself with his ministry, and the multimedia empire surrounding it. As I mentioned he routinely travels the country giving lectures on various topics relating to his personal theistic beliefs. He also is the current host of “Praise The Lord” on the Trinity Broadcasting Network. His most recent foray into the film industry was 2014’s “Saving Christmas”. The film was a bomb and it led to Kirk pretty much disappearing from the big screen for about a year. In 2017 we will see him star in Extraordinary, a film about the Ultra Marathon Runner David Horton. He has also revealed, within the last few days, that he is officially officiated as a minister.