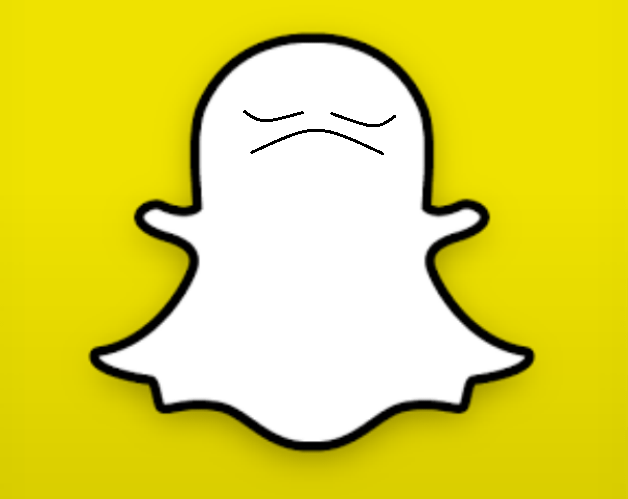 Even if you’re not a user of Snapchat, you’re probably familiar with the premise of the app. You take a picture or video, send it to your friends, and after they’ve looked at it for ten seconds or less, it’s gone forever. Since Snapchat was launched around four years ago, they’ve made a stream of changes and updates to the app (including filters, paid options, and interactive, location-based services) but the basic idea of it remains the same. Snapchat is one of the most popular apps in the world. Over seven billion videos are sent using the app every day, and it is said to be worth somewhere between ten and twenty billion dollars.

As with any wildly popular app, Snapchat has certain pitfalls that causes some people to want to avoid it, or find alternative solutions. Because of the perceived impermanence of images and videos on Snapchat, some people will present themselves and act in ways that they wouldn’t want displayed outside of the context of Snapchat itself. That’s all well and good, but of course there are ways for things to make their way off Snapchat, like screenshots. Also, with Snapchat, the images are stored on the company’s servers and, while Snapchat claims the images are secure and not viewed by anyone, there are obviously certain risks to having information that you thought was private and self-deleting sitting on a server somewhere. If 2018 is anything like the last few years, data leaks are bound to happen.

A number of apps have come forward in the wake of Snapchat’s popularity, offering things that Snapchat won’t provide, like an inability to screenshot within the app, or not storing photos. Here’s a selection of solid Snapchat alternatives. 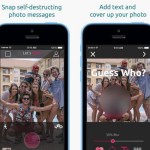 The main issue that people seem to have with Snapchat is that the seemingly-private pictures can be screenshotted and then shared anywhere online. It does tell you when someone has taken a screenshot of your photo, which deters people from taking them, but it still does happen, and people’s lives have doubtlessly been changed from the effects of a sneaky Snapchat screenshot. Yovo has a technology that they call “D-Fence” that makes it impossible to take a screenshot of a photo within the app. It achieves this by automatically making the screen blurry when you press the button combination on your phone that would result in a screenshot, rendering your screenshot attempt useless. Aside from this one feature, Yovo is largely identical to Snapchat, but this one feature could be enough for some to want to make the switch. 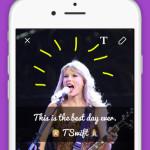 Naming your app after a recent meme to get attention is pretty shameless, but Fleek is targeted at the college crowd, so anything goes I guess. One of the best things about Snapchat is that they have “stories” in cities across the world, so you can see what is going on and what life is like in places you’ll never be able to visit in real life. The problem with these “stories” is that they’re curated and moderated. That means you can only see things that Snapchat has decided that you should see, so it can feel like a stale, repetitive experience. Fleek tries to combat this problem by presenting users with an unfiltered, unmoderated “story” of everything that is going on at the campus of the school they go to. Every post is added to a stream of videos and photos that anyone on campus can view, and people off the campus can look as well. This is a pretty risky app in some ways because screenshots are possible, and there are no limits to the amount of nudity, drug use, and otherwise illegal activities that can be, and are, posted on Fleek every day. 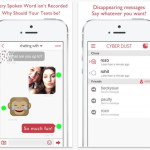 Cyberdusk is nearly opposite to Fleek in terms of its mission. It was developed by Mark Cuban, the billionaire businessman that you always see sitting courtside at Dallas Maverick games. It seeks to provide people in professional settings with the ability to send self-deleting messages. With Cyberdusk, you can also send GIFs, stickers, and links that will delete within minutes. You can edit photos with it too. All of the messages that you send with Cyberdusk are encrypted, so they theoretically can’t be read by anyone, and the app has safeguards in place to prevent people from taking screenshots of what you send them. They say that as soon as a message is deleted, it’s gone forever; they don’t store any of your information. Cyberdusk doesn’t hold up to Snapchat when it comes to things like the size of its userbase, photo and video capabilities, or the social aspect, but it’s a better app than Snapchat when it comes to sharing information and privacy. 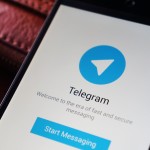 A negative aspect of Snapchat that I haven’t touched on yet is something that it has in common with a lot of the currently-available photo sharing apps; you can’t use it on a computer. They likely want to keep their users in the mobile environment. Wouldn’t it be nice if, once in a while when your phone wasn’t around, you could see what was going on on snapchat with an app-based or browser-based version for your computer. While it is possible to use Snapchat on your computer by doing some tweaking or installing third party apps, Telegram makes computer-based self-deleting messages a central part of its platform. 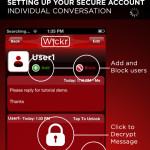 While the aforementioned apps are superior choices to Snapchat in many ways, many of them suffer by having too small of a base of users, which means that networking and sharing options are limited when compared with the massive number of Snapchat users. Wickr (pronounced “wicker) is the most popular of the apps that are alternatives to Snapchat, and it provides a list of features that seem able to seriously challenge Snapchat’s stranglehold on the world of self-destructing photo messaging right now. It markets itself as the most secure photo-based messaging service available right now, and it has been lauded by the web-security companies that have reviewed it. It’s available for you to use as a desktop app, and you don’t need to give them your email address to register like you would with other apps. It lets you add filters and edit your photos like Snapchat, and it also lets you send digital files to your friends. If you like Snapchat but are worried about the storage and collection of your photos and information, Wickr is the clear choice; it is used in a professional capacity by people in many lines of work, including politicians, journalists, and artists.