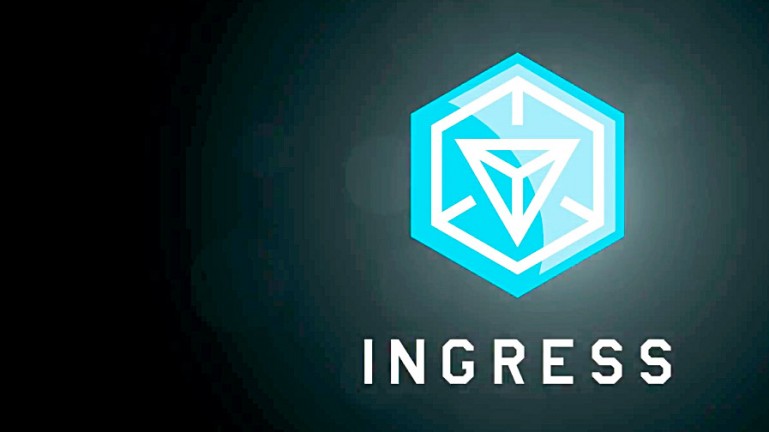 Ingress is a massively multiplayer augmented-reality game. What does that actually mean? An augmented-reality game is a game that takes place both in the real world and in a virtual space. It’s difficult to explain. In Ingress, players are tasked with capturing portals, and linking multiple captured portals to create control fields. These portals can only be captured by travelling to that location. So, suppose one of your control fields is broken up by someone capturing one of your portals. You’ll have to physically get back to that portal to recapture it, and reopen your control field. It may not sound like much, but this game has become an absolute cultural phenomenon over the years, and it boasts a massive, dedicated user base.

If you’re looking for a game like Ingress, I’m going to be up-front with you. It’s impossible to find a game that has Ingress’s sci-fi narrative, large user base, and overall popularity. This game was pretty much proof of concept for the augmented reality medium, and it was one of the first to actually take off. It’s hard to beat the first, but some games come pretty close. In this article, I’ll talk about some of those games. Whether you’re getting bored of Ingress, or just looking for something different, I think that at least one of these games will give you what you’re looking for. Without further ado, let’s jump right in to the 2018 list.

I’m probably cheating with this choice, because Pokemon GO hasn’t actually been released yet. However, it has made several headlines over the last few months, advertised as a massive-multiplayer, in-person Pokemon gaming experience. The Pokemon fan base has been begging for an MMO game for ages, and it’s looking like Pokemon GO may be as close as they’re going to get. With this game, players will walk around in search of wild Pokemon to capture. These Pokemon can be used in battle, which consists of battling someone who is physically nearby to you. Basically, it’s Pokemon taking place in the real world, and a lot of people are really excited about it. 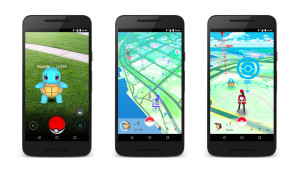 The game won’t be releasing until some time later this year, but there’s already a lot of buzz surrounding it. With that considered, I think that Pokemon GO has already earned itself a spot on this list. One of the most important factors in a multiplayer augmented-reality game is popularity. If a game isn’t popular, and you have no local competitors, it’s no fun. Even if initial reviews for this game are negative, I’m almost 100% positive that millions of people will be playing this game upon launch. Every other game on this list kind of flies under the radar, but I think that, in the future, this game could very well overtake Ingress in terms of popularity.

Shift is an interesting take on this genre of game. You’ll find that majority of augmented-reality multiplayer games involve taking over specific areas. Emphasis is placed on location and traveling above all else. In Shift, you’re more focused on pursuing people than you’re focused on pursuing static locations. Some players are designated as hunters, and others are designated as runners. Hunters are in charge of finding runners, who are able to leave little hints of their werebouts around the map. Now, the idea of being actively pursued by total strangers is a little weird, so I think that this game is best played among friends. 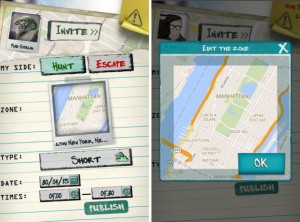 The concept behind Shift is really cool, and I’m interested in seeing where it goes in the future. Unfortunately, this game isn’t available in the United States yet, but if it garners more support, it should reach the app store in a matter of time. I think that the emphasis on making augmented reality a more social experience is really cool, seeing as most of these games consist of going somewhere, tapping a button, and leaving. This makes it feel like a much more personal experience and, like Pokemon GO, I think that this game has a lot of potential.

Out of every game on this list, I think that Run an Empire is technically the most similar to Ingress. In Run an Empire, you’re trying to claim as many tiles of land for your empire as possible. This means that, like Ingress, you’re spending a considerable amount of time running around your town and using your phone. You don’t just claim land, though. You’re also able to fight for land that belongs to someone else, as well as set up reinforcements around a tile that you already own. This game is basically like a standard strategy game that takes place in an augmented reality world, and I think it’s super cool. 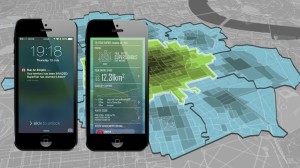 Unfortunately, this game is currently only available as a private beta. However, I think that the light at the end of tunnel gets brighter by the day. Reception has been very positive during this beta, and devs are working around the clock to get a wide release date for this game. I really love the look of Run an Empire, and I think that it’s going to be very popular among people who are interested in fitness, since a lot of the game involves running circuits to check on areas that you’ve captured previously. Games like these typically don’t allow people to drive around to claim territory (since this prevents GPS spoofing) so most players will be walking and running to play.  Fitness and augmented reality often go hand-in-hand, which I’ll talk about in more detail a little bit later on in this article.

Turf Wars wins its spot on this list by being a game that’s actually available to the general public. I know it may seem cheap that the bulk of the games that I’ve talked about on this list are either unfinished or unavailable to people in the United States, but you need to understand that augmented reality games are just starting to roll out in force. Ingress was released just four years ago, and it was pretty edge-defining at the time. Game developers are only now starting to catch up, and it has been difficult for previous developers to keep up with Ingress’s popularity. Turf Wars has managed to stay afloat over these last couple of years, which I think is pretty admirable.

Most of these games tend to have a theme. Ingress is about sci-fi. Run an Empire is more about fantasy. Turf Wars is about the mafia. In this game, you play as a member of a mafia who is fighting for territory in your local area. You’re able to claim your territory by physically walking to the area that you want to claim, and you’re able to defend your turf by using different kinds of weaponry. It’s a unique spin on the Ingress concept, and I think that fans of Ingress will really like it. I should note, though, that the amount of fun that you have in this game is partially determined by where you live. If you live in the middle of nowhere, odds are you won’t have many people to compete with in this game. if you live in the middle of a city, you’re going to have a blast.

One of the most compelling parts about Ingress is the narrative that the game crafts for you. It’s much more fun to play a game like this when you’re part of a greater story — it makes all of those long treks out to portal spots much more bearable! In Zombies, Run! players are faced with a story that I think is by far the best story that I’ve ever seen out of an augmented-reality game. You play as Runner Five, a person who has been tasked with the job of “runner” for their settlement, which exists in a zombie-infested world. You need to outrun different zombies as you run around the map in search of supplies and answers. The narrative that this game crafts is really great, and it keeps users motivated. 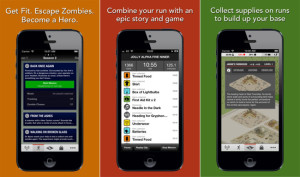 Now, Zombies, Run! isn’t really multiplayer. Although there are a couple of online and competitive features, you’re probably going to spend the majority of your time in this game running to an audio file, and being offline. Still, I think this excusable seeing as Ingress doesn’t usually involve a lot of social interaction, either. I think that this game perfectly highlights how special augmented reality is as a video game genre. This game has literally changes the lives of thousands of people, inspiring them to get in shape, and giving them a reason to go out and exercise. Augmented reality allows people to do things that they would never do, in a way that they would never do them. It’s a great medium, and I hope that more developers make games for it in the future.

That brings us to the end of my list of the top five best games like Ingress. Did I forget to mention one of your favorites? Feel free to drop in the comment section below and talk about them.