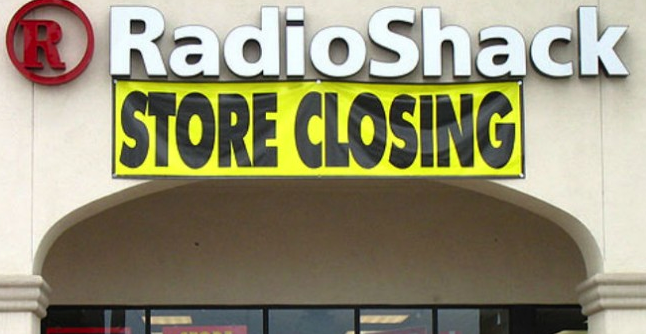 With a wide selection of televisions, stereo systems, smartphones, tablets, headphones, the list goes on; Best Buy is the premier location for all your electronic needs. Obviously Best Buy did not become the leading electronic store overnight; after many years of dedication and change Best Buy was able to overcome the competition, no matter the duration and reputation of other well known companies. One of these companies that had been surpassed and left to die and disappear is the time old company RadioShack.

Radioshack in the Beginning – The 1920s 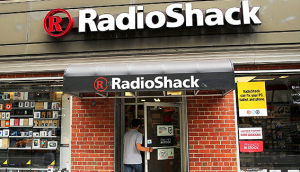 One of the longest running electronic stores, RadioShack, has been on the brink of extinction due to issues pertaining to business model and competition. What was once a somewhat popular electronics store has now closed its doors in a majority of locations and has been forgotten in the eyes of the general public. Now when most people hear about RadioShack, assuming that they know what RadioShack is, they laugh as it is the butt of a joke regarding the untimely and sad demise of an age old company.

For the sake of simplicity and ease let’s start at the dawn of RadioShack. Founded all the way back in 1921 RadioShack was started by two brothers Theodore and Milton Deutschmann. The intent and purpose of the newfound storefront located in Boston, Massachusetts was to be a one-store retail and mail-order  for ham radios.

In 1962 the Tandy Corporation, a leather goods corporation, was looking for a hobbyist related businesses to acquire and expand. On the verge of bankruptcy, a recurring problem found in the history of RadioShack, the Tandy Corporation acquired RadioShack for $14 million worth of AM and FM radios, ham radio gear, walkie-talkies, and speakers. However RadioShack was spending more money than it was taking in.

With the new acquisition of RadioShack, Tandy closed the unprofitable mail-order business that RadioShack has once set up. In addition to the closing of an inefficient business practice, Tandy also ended credit purchases and fired many top management positions while retaining the salespeople, merchandisers, and advertisers. Tandy also changed the store front of RadioShack from designated buildings to :little holes in the wall” found in malls and plazas. Finally, Tandy ended the sale of all non-electronic items, such as go-carts and musical instruments, were abandoned and ended entirely.

To ensure that there would be an incentive for getting store managers to work long hours and remain profitable, Tandy required store managers to take an ownership stake in their stores. In order to generate up foot traffic from the 1960s to the early 1990s, RadioShack offered a “battery of the month” club; this, while not overwhelmingly successful, still added some level of foot traffic no matter how trivial. Basically you would go to your nearest RadioShack and get a free Enercell battery once a month.

In 1970, the Tandy Corporation bought both retail and industrial divisions of Allied Radio. The former stores of Allied Radio would resume under the name of RadioShack. In the same year the RadioShack chain expanded into the UK and Australian market. The chain amassed a large amount of revenue based on the mass popularity of citizens band radio in the mid 1970s; this represented at its peak 30% of the chains revenue.

After many unsuccessful years and jokes at the expense of RadioShack, Tandy decided in the mid 1980s to drop the RadioShack name branding on its 8-bit computers as RadioShack branded items were referred to as “Radio Scrap”. In addition to changing the branding, RadioShack kept up with the rapid changing of technology offering 20 different models of home phones. At this point in the lates 1980s RadioShack was the world’s largest electronics chain.

Moving into the mid 2000s, RadioShack dumped their partnership with Verizon for a 10 year agreement with Cingular and an 11 year agreement with Sprint. In addition to the new contract and partnerships, RadioShack decided to close many stores; specifically 500 locations were closed. The employees who were fired recieved a cold email stating “The work force reduction notification is currently in progress. Unfortunately your position is of that has been eliminated.” Then given only 30 minutes to gather their things and say goodbye to their coworkers, the employees were gone. These lay offs immediately traveled across the country heavily criticizing RadioShack for its lack of sensitivity.

In addition to coming off as insensitive and cold, RadioShack experienced numerous customer relation issues. After having a large number of unanswered and unresolved complaints, RadioShack and the Better Business Bureau met to implement a plan to decrease the number of complaints their stores were receiving. This meeting lead to a dedicated toll free number and website where customers can voice their complaints. Then in July of 2011 RadioShack ended its partnered with T-mobile replacing it with a “Verizon Wireless Store” within a store. 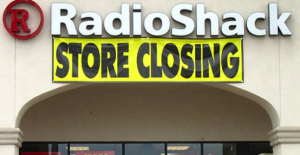 However despite the longevity of RadioShack since its creation in 1921, financial means did not hold true which resulted in the company’s stock plummeting and the company having to file for bankruptcy.

Despite its almost 1 year long continuation since conception, RadioShack had came to an unfortunate demise as the business could not sustain itself any longer. While the company was one of the first electronic stores, and at one point the leading electronic store, RadioShack has been falling into its end for years. As the director of CBS News said, “RadioShack died years ago; we’re only now holding the funeral now.” Coupled with a decline in public interest and public admiration, due to its layoffs in the mid 2000s as RadioShack came off as insensitive, RadioShack has lost its favor in the eyes of the public.