What Happened to YouTubeOnFire – New Update

The constant advance in technology and internet dependence has resulted in a golden age of accessibility via the use of legal and illegal means. With every smartphone having internet access and WiFi being a household staple across the country, our society has anything everything at their disposal with just a few clicks of their keyboard as they search the vast world wide web for their desired topic. From the latest in medical technology news to seeing locations around the world with Google Earth, it seems that nothing is standing in our way from getting whatever we want on the internet.

With an abundant access to various forms of media and entertainment, such as the latest and greatest in music and video, it is no wonder our society is being coming less patient as the need to wait for things has seemed to have vanished. You want to listen to the newest Taylor Swift album? Go check it out on YouTube in seconds. Want to save said album on your phone or personal device? There are a plethora of websites devoted to providing free mp3 downloads of your favorite artists. Before the internet you actually had to go buy the CD from various stores that specialized in music sales: Now you can listen to anything and everything at all times. Music isn’t your forte? Maybe you’re an avid movie goer as you love to go and review the latest and greatest the box office has to offer. But that starts to eat away at your wallet and maybe the in theater experience was awful with someone’s kid crying throughout the whole thing or some other annoyance had tampered with your ideal movie experience.

Well low and behold the internet can prevent those undesirable experiences as you can view films in the comfort of your own bed.

While the 21st century has ushered our society into a golden age of accessibility, it has also ushered in the golden wave of piracy. Pirated films and music admittedly have been around since the 1980s in the forms of bootleg CD’s and mixed cassette tapes. However now those forms of piracy seem to be obsolete due to the immense improvement of media distribution the internet provides. Now instead of going to various flea markets to purchase your copy of the latest movie or hottest new album, you can visit a plethora of torrent websites and websites that are dedicated and created to service those very needs. From uTorrent to Yfy.ts, the number of websites that give access to these big budget films and media is staggering. This then prompts the question of legality. If these websites are distributing pirated material, how are the not shut down and sued out the wazoo. While major piracy sites are constantly attempting to dodge lawsuits and other forms of removal some are not as lucky as they are shut down permanently. However many popular piracy websites are still up. One example of this is with the popular streaming site Youtubeonfire.

Youtubeonfire is a popular movie streaming site that focuses on delivering access to both recent and classic films. Upon its creation back in 2013, Youtubeonfire has been under fire various times yet still manages to stay up and running. To maintain an online piracy website, you need fundage as money makes the world go round. So how does Youtubeonfire make their revenue to keep up on maintenance; are the movies available behind a paywall requiring a credit card or is it just made by passive advertisements on their website. Well it would be the latter as Youtubeonfire has a plethora of advertisements on their website. Based on a report from freewebsitereport.org, Youtube on fire has a net worth of $168,121 USD while they make on average of $6,900 USD a month. Therefore providing ample amount of money to keep the website domain up and running. 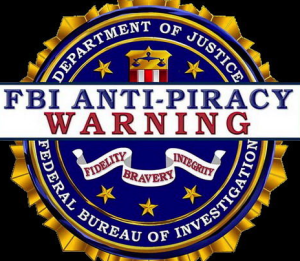 However despite Youtubeonfire being able to afford their domain payments and what not, they still have been under fire in the public eye. One heavy criticism the general populous has with the service is the aforementioned ads. While they are a necessary evil people must encounter while they visit these websites, some are unpreventable that they halt the service altogether. Opening a whole new window, claiming to be the FBI, the ad forces the user to restart their whole computer. This extreme annoyance has deterred many users to look for other options when it comes to their pirating needs.

In addition to the hassle caused by the unruly advertisements present on their website, Youtubeonfire has been under fire due to their sister website which has also been under attack recently. Sister site Movietube.co is currently in the middle of fighting a lawsuit that targets Movietube.co and many other piracy websites. In response to the recent act against their activity, the people who run both Movietube.co and Youtubeonfire have admitted that what they are doing is piracy however feel that they do not need to abide by US laws seeing how both are not US companies. 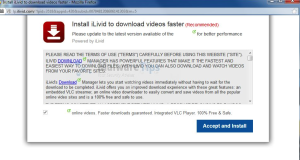 Currently Youtubeonfire is still up and running with movies both new and old on their website. While the traffic directed towards Youtubeonfire may not be as high as the site is accustomed to, the website is still one of the many popular streaming sites that are still up. Despite the negative attention Youtubeonfire has received recently, they are just one small example in a constantly growing market that has only been helped by our increased use of the internet. While Movietube.co may result in it being shut down and having to pay a large fine, more streaming websites will continue to pop up. Piracy streaming sites are much like the fabled hydra from mythology. If you cut off one head, two more shall take its place; shut down one website and two more will take its place. While piracy is proving to be a large issue in the US, it seems to show no signs of ending anytime soon.