What Happened to Jessica Simpson? Now in 2018 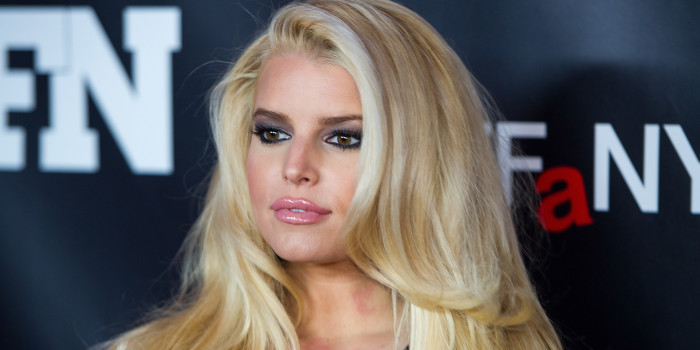 Jessica Simpson is a woman of many talents. She has seen mainstream success in the music industry, Hollywood and as a fashionista. Throughout her career she has produced commercially successful music and her singing voice has garnered critical praise. Despite her successful singing career she rose to fame via reality television. So let’s take a look at where she came from and where she’s going.

Jessica Simpson was born on July 10th 1980 in Abilene, Texas. She is the first child of Tina Ann, a homemaker, and Joe Simpson, a minister turned psychologist. She has a famous younger sister, Ashlee Simpson. She learned to sing while attending her local Baptist Church and successfully auditioned for the “Mickey Mouse Club” in 1992, at the age of twelve. Her father took on the role as her manager and began positioning her as a teen pop starlet. By the late nineties her career began to take off and she toured with a variety of boy bands of the day.

Jessica Simpson signed on with Sony Music in the mid nineties and released her first album in 1999. Dubbed “Sweet Kisses” the album  peaked at number twenty five and spawned the successful single “I Wanna Love You Forever”. Jessica Simpson’s impressive vocal range was showcased in the track, and her abilities were compared favorably to Mariah Carey and Celine Dion. The single would become her biggest hit to date.

Her Sophomore effort, Irresistible, was released in 2001. The sound was more contemporary, fusing soul and hip-hop influences. It sold moderately well, though was critically panned. None of the singles charted very high, with the title track peaking at number fifteen in the Hot 100. She embarked on her first major tour to promote the album that year, The DreamChaser Tour, it was limited to venues in North America only.

Her career really took off after marrying 98 Degrees lead singer Nick Lachey. The pair starred in an MTV reality show called “Newlyweds: Nick and Jessica”. It followed their marriage and ran for three seasons. In the show we got our first glimpse of her sister Ashlee and the young Ryan Cabrera, both of whom would go on to have careers in music. The show focused much of it’s humor on Jessica Simpsons perceived idiocy, famously asking her husband if the Chicken of the Sea Tuna was fish or chicken saying;

Her third album had been released before “Newlyweds” aired, but was re-released after to take advantage of her increased profile. The album saw success, becoming her top selling album and peaking at number two in the charts. Buoyed be her new found success on television, Jessica Simpson turned to acting.

She made her feature film debut in the 2005 comedy “The Dukes of Hazzard” starring opposite Johnny Knoxville and Sean William Scott as the Duke boys. Jessica played their cousin Daisy Duke. By the end of 2005 Jessica and Nick had filed for divorce, her career took a nose dive, after poor performances in the Dane Cook vehicle “Employee of the Month” and the lackluster reception of her forth album, A Public Affair.

In 2008 Jessica Simpson reinvented herself as a pop country star, following in the foot steps of a major influence Shania Twain. The album sold well, and the title track was a duet with Dolly Parton. She starred in another reality show in 2010, “Jessica Simpson: The Price of Beauty” where she discussed beauty treatments, fads and fashion. The show ran for only one season of eight episodes.

In what in hindsight was a terrific move, Jessica sold the rights to her name and image to the Camuto Group. They were able to successfully market a huge variety of product lines under her name, from clothing to stationary. The various ventures had generated more than $1 billion dollars in revenue by 2014. The vast majority of Jessica Simpsons wealth comes from this product line, and a few others she has launched.

What is Jessica Simpson Doing Now in 2018?

After her divorce to Nick Lachey she briefly dated NFL quarterback Tony Romo. She began dating current husband Eric Johnson in 2010. The pair have two children together, a daughter Maxwell Drew and a son Ace Knute, aged 3 and 2 respectively. Jessica and Eric were wed in July 2015 in California.

These days Jessica Simpson is focused on expanding her fashion line. It is currently unknown if she will be continuing her singing career, though with the positive reception of her country album that could still be a possibility. She is currently busy raising her two kids and maintaining an active twitter and instagram. She will continue to be a spokesperson for weight watchers, using their system to try and lose her remaining baby weight.

Finding out what Jessica Simpson is doing now is not too hard, assuming you want to know what she drank yesterday. When it comes to interesting projects that is a little more difficult to discover. She is more a business woman these days than a performer, so expect new ranges and savvy moves from the former star.