The Trimi Tank Update – See What Happened After Shark Tank 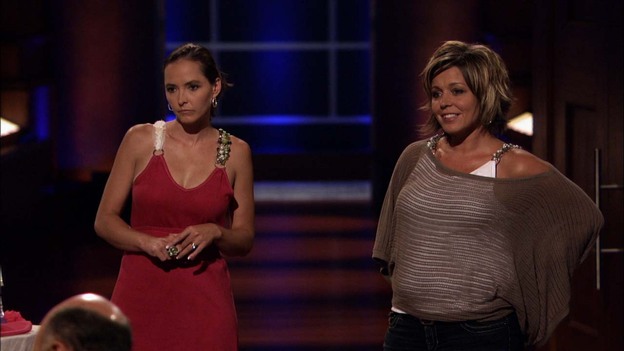 The Trimi Tank, which was created by two hockey moms from Pittsburgh. It is a basic tank top that features interchangeable, removable straps. Each tank top comes with three sets of straps to layer, mix and match, or wear independently. The lobster claw clasp makes it easy to remove and replace each stylish strap, which comes in various styles. Lindsay Johnson and Nikki Bilsky, the creators of the versatile top, came up with the idea during a hockey practice for their sons.


The Trimi Tank In Shark Tank 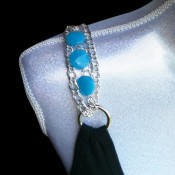 The duo arrived to the tank with a positive attitude and a proposal for a $57,000 investment for a 30% stake. The women said that they were producing each tank top, along with all of the straps, at home. Lindsay Johnson mentioned that they intend for the straps to have multiple uses. Robert Herjavec questioned both entrepreneurs regarding how many Trimi Tanks were sold. At the time of filming the episode, the company had only sold 100 products. Each tank top was being sold for $35, giving them a total of $3,500 in sales. Fully aware of how unimpressive their total in sales was, Bilsky wanted to divert the attention from their less than stellar sales to focus on their potential for the future.

This strategy worked as “The Queen of QVC” Lori Greiner questioned the two regarding their market research. They stated that they’ve visited craft shows and handmade markets, but their biggest hit had been the flea markets. When asked about the feedback they received, Johnson stated that they received a very positive reception amongst their target group, women. Along with the good response, she also said that someone mentioned that they should be on Shark Tank. However, despite the suggestion and the impressed audience, the response didn’t translate into sales. The two claimed that during these visits they weren’t accepting credit cards as a form of payment. According to Johnson, approximately 50 women bought their product with cash, with many more unable to buy due to only carrying plastic. Greiner said that because of this, the Trimi Tank may not be their home run. She was the first shark to bow out.

The second shark to follow suit was Mark Cuban, even though he wanted the ladies to be successful as he was a Pittsburgh native himself. Daymond John mentioned that he did see the product in flea markets. But he, along with Robert Herjavec, felt that it was way too soon to help the ladies and their business. After both men withdrew from the deal, Kevin O’Leary, or “Mr. Wonderful”, was the last shark standing. After being declared “the favorite” by Bilksy, O’Leary pitches the hockey moms a very unique deal—he offered to take the two out to purchase a $3,500 bottle of wine, which was equal to their total earnings. What made this deal so unusual was how he then instructed the two to burn their idea when they were finished, which lead to an overall unsuccessful attempt for anyone to strike a deal. Despite the fact that Johnson and Bilksky were turned down, the ladies had a positive attitude through their presentation. This showed their deep dedication to the Trimi Tank, and how they believed in themselves and the company. 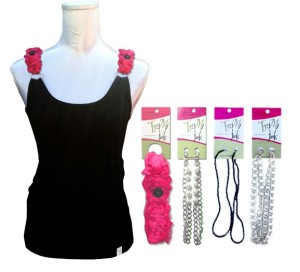 Since their meeting with the sharks aired, the Trimi Tank had grown in popularity in 2012 and 2013. Shortly after the episode, Lindsay Johnson stated that the traffic on their website, along with sales, had increased significantly. Due to the sudden popularity thanks to the show, new customers had been introduced to their product along with those that had been re-ordering the Trimi Tank. This led to a victorious yet stressful turn regarding the business as both women were still making the product and shipping everything themselves. The stress wasn’t new to the pair though, as they were producing everything beforehand.

After only running the business for a month, the two were able to get their spot on Shark Tank, hence the significant growth of the Trimi Tank business. Dominique Barteet, an entrepreneur who had been on Shark Tank’s second season, featured the Trimi Tank on her website. OneSole, which featured Barteet, sold the now “out of stock” Trimi Tank on their site. The product is also being sold by a dance wear clothing company, Body Wrappers, on Amazon. Today, this is the only place to buy a Trimi Tank.

Even though the best friends didn’t make a deal with any of the sharks, both hockey moms had enough ambition to continue to persevere and they believed in themselves, each other, and their company.