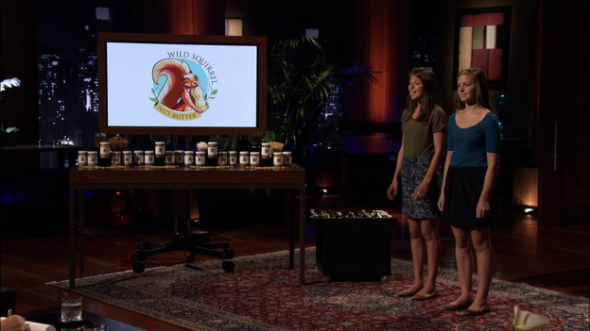 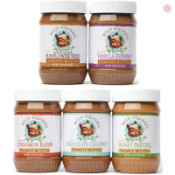 What was started in a university dorm room by students Erika Welsh and Keeley Tillotson, has become one of the biggest Shark Tank success stories. Wild Friends peanut butter, previously known as Wild Squirrels peanut butter, had a humble start. Two university students were hard at work – preparing sandwiches. Little did they know, they’re peanut butter was about to run out!

These students weren’t going to give up. Wearing their trusty aprons, they set out to create their own peanut butter. After grinding their peanuts, they began to add spices, and flavorings never thought of before. Out came, their very own peanut butter – Wild Friends peanut butter. Now that they had their product, they needed to mass produce it. This would be no easy feat. They would have to produce thousands of boxes of peanut butter, every month! First they tried Kickstarter, and then Sharks. What started as an Idea, was now about to become something much larger.

They knew that only exceptional products made their way to the Sharks. They needed to have orders to show that their product was worth it. The two students quickly listed their product. In February of 2012, the girls uploaded their Kickstarter page. With their humble $10,000 start-up budget, Wild Friends peanut butter entered the world. It must be noted that their Kickstarter was uploaded after they had appeared on Shark Tank, but before the episode aired.

They knew the Sharks weren’t going to take it easy on them. They needed to know their market better than anyone else, so they began preparing. On Season 3 of Shark Tank they brought in their product – ready to amaze the Sharks. With the five Sharks: Mark Cuban, Daymond John, Kevin O’Leary, Barbara Corcoran, and Robert Herjavec – the girls began their pitch.

Asking for $50,000 in exchange for 10% of their company. Although the Sharks devoured their peanut butter, they were skeptical when it came to the duos financials. For starters, the girls were juniors at their University – who had no background experience with running a business. They stated they had sold over 3500 units at the time of the episode. When shark Kevin, asked about their profit model they provided him with shocking information. They were only making 25% profit, per sale of their product. The girls knew they’re product was going to make a difference and stated that they could reduce production costs.

A major sticking point for the Sharks was the level of dedication the two girls could provide. Being juniors at university required time & effort – which they could not devote to the business. The sharks provided them examples of great entrepreneurs such as Steve Jobs and Bill Gates – who dropped out of college to pursue their businesses. The girls interjected by stating, that their university was assisting them in the production. Due to this argument, shark Daymond dropped out.

Time seemed to be what the girls were lacking. Shark Kevin decided he was going to ask a serious question. If the girls were seeking $50,000 for 10% of the company, where did they arrive at that massive $500,000 valuation? The girls argued that their valuation was based on future sales, not current sales. Always a poor move to play in front of the Sharks, and it lost them another possible investor, Mark was out.

Now that two sharks had backed out, it was shark Kevin’s turn. He argued hard that they should drop out of college. He stated that “In the peanut butter business, there will be people working 20 hours a day”, and that “The world is going to kick the living crap out of you”. He told them that staying in university would hinder their chances at competing with the larger peanut butter brands. For that reason, Kevin backed out.

After the girls attempted to convince the sharks to change their mind, came shark Robert’s turn. He started off by saying that “You don’t get in life what you deserve, you get what you make off it”. With this sentence, he was attempting not only to undermine the girls confidence but also to prove to them that their valuation was too high. According to another shark, valuing their company based on their future efforts is like “Expecting a bull not to attack you, because you are a vegetarian”. These few statements caused yet another shark to back out. Now, only Barbara was left. 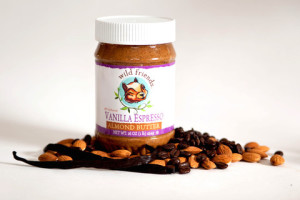 She talked about how she had created multiple successful food products, and how she could help the girls improve their product. She offered $50,000 for a 40% stake in the company. Although this was a massive increase from their previous evaluation, and it put Barbara in charge of the company, it offered the girls a chance at a larger market. Although the girls counter-offered for 35%, they soon realized that Barbara was steadfast in her decision. They accepted her offer

Today, Wild Friends peanut butter is a massively successful endeavor – which sells thousands of units each year. The product saw a 300% increase in sales after their appearance on the tank, and the brand has gone from strength to strength. You can find it on the shelves of many retail stores and even on Amazon.com by clicking here! Remember they changed the name to Wild Friends Nut Butter, and their site has a wide variety of flavors to choose from.