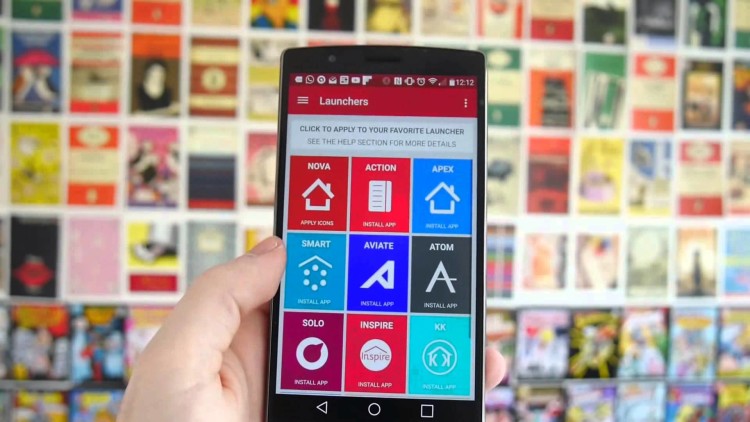 If you are looking to customize nearly everything about a phone, an Android device is the one for you. With a little bit of knowledge you can easily create your own apps, adjust settings and make functionality simpler or more exciting. Launchers are a prime example of this, as they are easily found apps that alter your home screen experience (or more, if you like) in a safe and controlled manner. Here, we take a look at the top 10 Launchers for your Android Devices.

Dodol Launcher is a fantastic as a start to this list, or as a start into discovering launchers. With a minimalist design, clean lines and an infrastructure that ensures that your device’s processor has plenty of power to deal with other apps, it’s a natural choice for those who dislike a lot of fluff. That being said, with over 10,000 free themes you still have plenty of room to give your Android a look and feel unique to you. 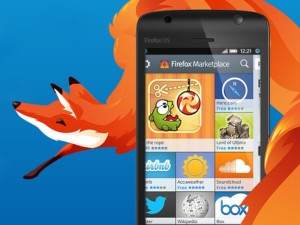 Chances are you’re reading this article on Firefox, or at the very least have it as a browser on your computer. Admittedly, by strictest standards this isn’t a launcher; This is an OS preview. However it does not require a manual OS swap of your current system, or any of the tasks normally associated with said swap. It instead works within Android frameworks to give you something that is both familiar, and yet better. From the security options of not having your browsing tracked to having an entirely new app store to play with alongside customizable themes typical of this list. As an added bonus to those who are so inclined, Firefox OS is a managed community OS meaning you can participate in creation or tweaking of the systems from the ground up.

If you don’t a lot of memory to spare but would like to spruce up your phone, say hello to Hola. With a size of just over 1 MB it allows for custom themes, a wholly new interface system and the option to expand the customization options if some free space should appear. This is also ideal for older model devices as the requirements for CPU are exceedingly low, making it easier to run than almost any other launcher.

Buzz Launcher is one of the few launcher apps that actively encourages user input. In fact, if you find a novel way to personalize your interface or just like a certain aesthetic, Buzz Launcher gives you the option to share it to all the other users as a theme. Browsing this theme gallery is also a great way to learn how to tweak if you are new, or just happen to be in a rush for something a little different than what everyone else has. This makes Buzz an excellent choice for those who are somewhere between Android noob and wizard.

Yahoo’s Aviate Launcher appears to try to be more of a personal assistant than just a simple customizer. Using cursory data and input monitoring, Aviate will adjust your app list to the most likely you’d use through the day, and when a headphone or speaker jack is plugged in, automatically turns to your default music player. While handy, it may not be for those who are particularly security minded. 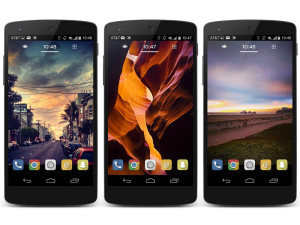 Apex truly lives up to its name in terms of customization, allowing for even the smallest of details to be edited by the owner of the device. Whether you want to just switch around a few transition effects or alter your icons and gesture settings from the ground up, it makes for a great choice. A paid version of this software is also available which unlocks useful, but not mandatory editing options, just in case you enjoyed the free version immensely.

Arrow Launcher is a bit of an interesting app. Partly because it was developed by Microsoft, it in feel has more in common to Windows 10 than anything else on this list. While this does make familiarity with the system rapid and access to everything very easy, the processing needed to maintain Arrow can at times be draining. This downfall can also be attributed to handy features like a recent actions page and an organizer that customizes your home screen constantly according to how frequently you use each app.

When first looking into EverythingMe, I’ll admit I was a little creeped out. A launcher that monitors my app usage during the time of day and location and swaps out my apps to those I’m most likely to use? I thought I’d pass. However, knowing now that the data is only stored internally and can easily be reset was quite reassuring, and thus makes this an incredibly smart and useful launcher. Paired with a simple user interface, it is at the very least worth a test run.

With an amazing install number of over 100 million, GO Launcher EX is second only to the native Android system. With clean themes and smooth animations, it can easily be mistaken as the highest quality of paid Launchers. The only cost however, is the occasional advertising that may trick you into thinking you have apps you actually don’t. Keep a look out for the green “Download” banner on the right hand side, and you should be fine. 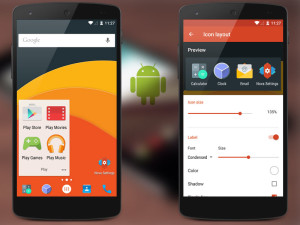 Of the ten listed, Nova has to be my favorite. While not the most in depth in being able to customize panels or themes, it allows for a clean, straight-lined aesthetic that isn’t often found. This is done by normalizing the size of all the app icons by scaling (which preserves original shape and texture), and allows for less of those pesky “accidental opens” that typically happen if the user has larger hands. With the ability to further edit gestures alongside the standard theme changes, .99 USD or .10 Euro isn’t a high price to pay for remarkably high quality.

So there you have it, the best android launchers in 2017! Think we missed one? Let us know in the comments!