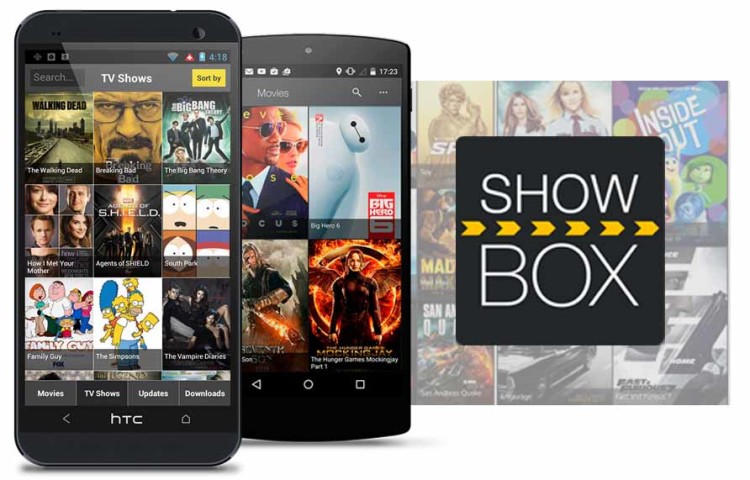 For the past year or so, when people have wanted to view free movies and tv shows, they have relied on the Russia based app Showbox. Sadly for users this app has recently been under a lot of scrutiny, causing many individuals to notice entire servers worth of movies and shows being taken down. Inevitably, people seeking free entertainment may have to go elsewhere for their viewing fix. Here are 5 alternatives to Showbox that show the most promise. Please bear in mind not all apps are legal in all areas (as they do provide free television or movie services), so be sure to be aware of and adhere to local laws. 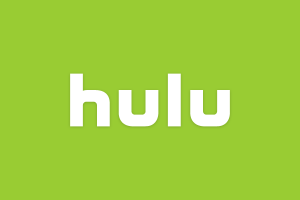 If you don’t mind paying for content and really just want a good media library at your fingertips while on the go, Hulu may be your best bet. Not only is it perfectly legal in every aspect, the quality of content is uniformly excellent and there is little risk of down time. Furthermore, this is the one app that is assured longevity as it carries with it network backing by such stations as TBS and NBC, making it as mainstream as you can get. 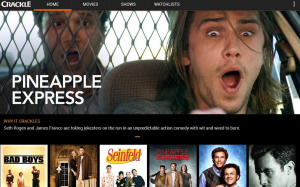 By using revenue acquired by advertisements Crackle allows users to have a fairly large rotating library of movies and shows. Unlike most of the apps here, it also provides a remarkable amount of controls for families, as well as features. One prime example is being able to begin a movie on a stationary device (say, using your PC), pausing said film, and then resuming on your mobile device at a later time. To combat the potential irritation of losing your favorite film from their collection, they also have an alert system to notify users of when some media will premiere or return. Given these features and the stability of the platform, it is a solid choice for someone looking for an everyday entertainment experience. 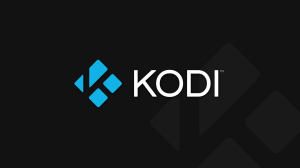 Kodi was one of those few video streaming apps that was able to sneak into official channels like the Amazon App Store and for a brief period, the Google Play Store. While not exclusively for getting free movies and TV shows, it has been an increasingly popular method of doing so. One of the many features of Kodi that makes it popular is that it will run on just about any device you can think of, including smart phones running Windows and native Linux flavors. At time of writing, version 16 still seems to contain a few bugs that make it unstable, so it is recommended that a previous version be used. 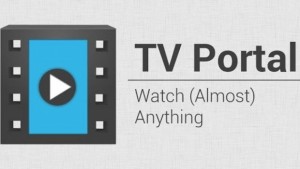 TV Portal is one of those apps that reminds one of both Showbox and Pandora. Like Showbox, you have a large selection of shows to pick from for free and requires a secondary video-player on your phone to function. Where it becomes more like the Pandora radio app is in that the free version has intermittent commercials that while not annoying, can at times drag on. The solution if this becomes bothersome enough is to upgrade to the premium version of the app. No matter which option you choose, a vast majority of the entertainment available is high definition, so even if you have a large tablet or want to connect your device to a projector, the picture will remain crystal clear. 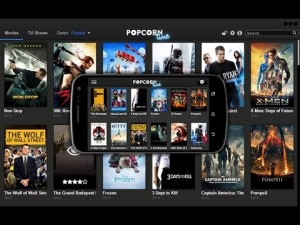 Whether you want a streaming app for your Apple or Android device, Popcorn Time is the way to go. There is an absolutely massive selection of movies and TV Shows from quite a few countries, and no need to download individual play files. Popcorn Time also has the benefit of having a very clean and intuitive layout which makes it very easy to use. That being said, if you want this to be your dedicated entertainment app be sure to turn on WiFi connectivity. Popcorn Time’s streaming quality is great, but that also means it is data intensive and may cost a pretty penny if you have a cap.

If none of the above sate your viewing cravings, there are two other readily available options. Netflix is often seen as the king of streaming, and for only a few bucks a month you can enjoy a wide variety of entertainment (though country locks may apply). There is also Amazon Streaming, a service first introduced to its Prime members a few years ago, which is quickly amassing a good following. Both can be used without jail breaking any device, making it both safe for your devices as well as your status as a law abiding citizen.