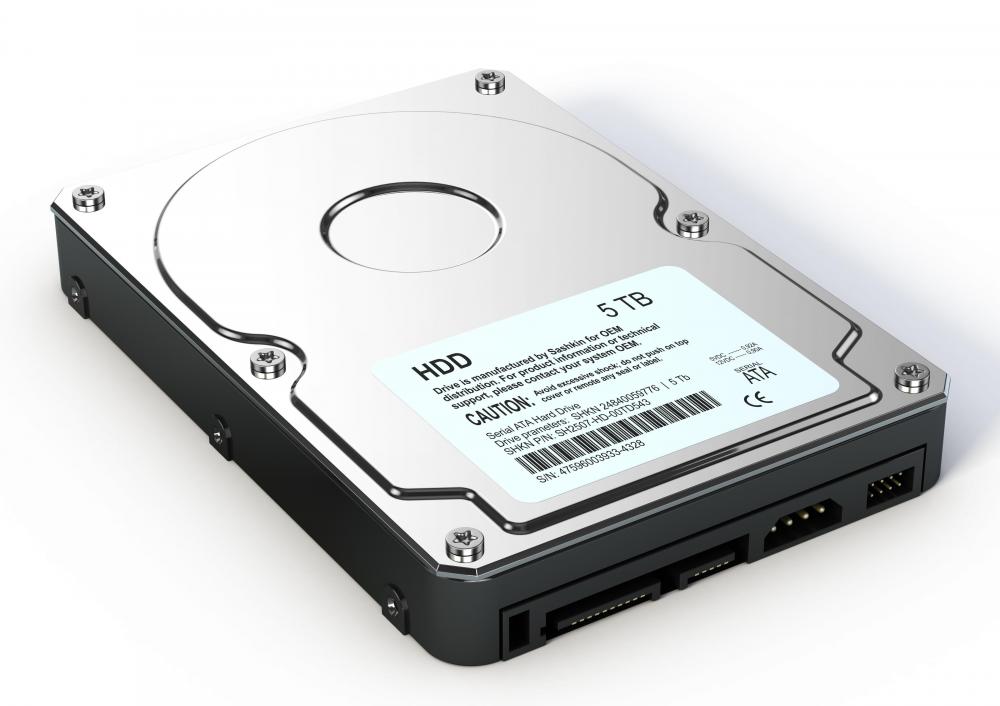 What is disk cloning?

In the context of computers, disk cloning is when you copy (or clone) the contents of one hard drive to another disk. It’s important to note that, in disk cloning, you’re moving over the ENTIRETY of one drive to your other storage device. You’re not able to just pick and choose what you move over. When you pick and choose, that’s called disk imaging. It’s important to understand this distinction when you’re looking for a disk cloning software. Sometimes you’ll need to image and sometimes you’ll need to clone. Both kinds of software serve their own purposes, and you’ll save yourself plenty of headaches if you figure out which you need.

For the purpose of this article, we’ll be talking about disk cloning, specifically. There are a lot of reasons why someone may want to clone their hard drive. It’s a very useful thing to do if you’re looking to recover lost or damaged data, or if you’re trying to install a large amount of data onto a new hard drive. For instance, if you’re looking to switch your primary drive from an HDD to a faster SSD, you’re probably going to want to clone your hard drive (with all of its OS files) onto your SSD. It’s a really practical thing, but it isn’t always easy to find the best hardware for the job. Luckily for you, I’ve compiled a list of some of the best free disk cloning software for you to take a look at while you consider which option is best for you. 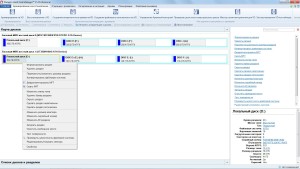 Paragon Hard Disk Manager is a prestigious name when it comes to disk management software, and it has become known for consistently delivering a solid end-product. With each new iteration, it seems as though it only continues to improve. Paragon offers a medley of free software, but for the purposes of this article, I’ll be talking about Backup & Recovery 14. Although they have paid software that is explicitly intended for disk cloning, you should be able to manage just fine with this free version.

Backup & Recovery 14 is mainly intended for, as you can probably guess, backing up data. However, it is also a very capable disk cloning tool. Paragon’s rhetoric is kind of unclear once you get into actual process of disk cloning, and I don’t think the word “cloning” is ever used, but you’re able to do it. Once you start the back up process, you’re greeted by a wizard that sends you through the same kinds of menus that you’ll find in all of the other softwares on this list. You select a source drive and choose the destination of the backup. Here’s a quick tip — making a back-up of your system onto a physical partition is another term for disk cloning. Paragon will then carry out the back-up process in a relatively timely fashion. It’s as easy as that.

Paragon is a paid software normally, and it definitely isn’t cheap. Paragon Hard Disk Manager 15 Business retails at a whopping $300. Granted, this is a version of Paragon that is intended for small businesses. If you’re just looking to use their software as a consumer, their free versions are just fine. If you download Backup & Recovery 14, you’ll probably find that there are quite a few options that are greyed out. If you’re looking to just clone your disk drive, you won’t need to use any of those. 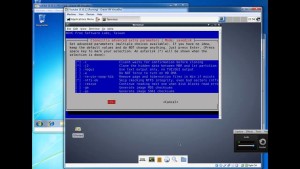 Like Paragon, Clonezilla is a fairly well-known disk cloning software, and it’s typically my go-to when it comes to disk cloning recommendations. Why? Because it can pretty much fit the needs of any person who needs to clone their disk drive, regardless of their technical literacy. If you can’t tell the difference between a hard drive and a CPU, you can use Clonezilla without much issue. If you’re a technophile, and you want to be able to tweak your cloning experience to the very last detail, Clonezilla will let you do that, too.

Clonezilla, like most other programs, offer two different sets of user interfaces. You can use the simple version, which is geared more toward beginners. This is really just as simple as clicking on the drives of your choice and waiting for the software to do its thing. All of the advanced options are pre-set, so there’s not really anything for you to figure out. If you don’t want to use their default options, you’re able to change them by going into the advanced version. And, full disclosure, I consider myself to be someone who is more tech-savvy. Even still, a lot of the options that Clonezilla allows you to tweak in their more advanced interface are completely over my head. They really let you go to town.

To top it all off, Clonezilla is completely free. You don’t have to use a trial version, so you’re not having to work with less features than you’re initially promised. No tricks, no strings attached, just back-ups. However, I have to say that Clonezilla might be the slowest software out of all of the others on this list, especially once you start messing around with some of the more complex features. It can take a long time to clone a full disk, so don’t anticipate anything lightning-fast. Also, the Clonezilla user-interface (even the “simple version”) is primarily text-based. This may be off-putting for some people, but I promise that it’s nowhere near as confusing as it may look. 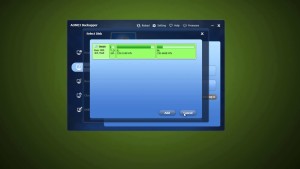 Although it doesn’t offer quite as many advanced options as Clonezilla, AOMEI is starting to gain a lot of traction as one of the easiest to use disk cloning software out there. It completely deserves that distinction, too. AOMEI’s freeware disk cloning software, which is called AOMEI Backupper, goes out of its way to keep things in it the simplest terms possible. When you go to download the software, you’ll find a little four page image gallery that instructs the user how to clone their drive. Yep. All of the steps can be summed up with four images.

AOMEI also supports just plain old imaging, too. You’re able to clone both your entire disk drive as well as a partition. So, if your operating system’s files are separated from the rest of your HDD’s files via partition, you can easily clone JUST your operation system files onto a new boot drive. This may not be exactly what you’re looking for, but it’s still a useful feature that could be useful to someone who is trying to clone something. Sometimes, you may find that imaging would be more efficient than a full disk clone, and vice versa. AOMEI gives you the ability to choose, which is nice. Some other software on this list may also have this feature, but I’ve personally found that AOMEI implements it in a much more user-friendly way.

Unlike Clonezilla, AOMEI is pretty fast. However, it’s still just a freeware, and whenever you’re dealing with hard drives and reading and writing data, you should still expect a wait. If you’re not great with computers but you still want to clone your disk drive, I highly recommend AOMEI. However, if you’re looking for a disk cloning software with in-depth configuration tools, I suggest that you look elsewhere. 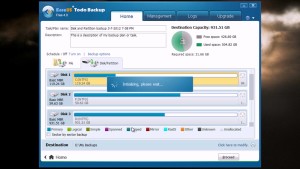 EaseUS is also a well-known and successful software company, but unlike its competitors, it pretty much made a name for itself solely with its backup software. EaseUS has seen quite a bit of commercial success, and it’s definitely on the come-up. From backing up servers to backing up little netbooks. EaseUS has a powerful suite of tools that enable users to come in and take care of their data as they see fit. They offer quite a few products, of varying prices and intended uses, but I’m going to be primarily speaking about EaseUS’s Todo Backup Free 9.1.

I have personally used this software within the last couple of weeks, when I upgraded a friend’s computer with an SSD. I think that, while the interface could use a little bit of work, it’s a great software that is neither overly simple nor overly complex. It’s a perfect middle-ground, and I think that it’s solid all around. However, I did experience a couple of issues. I’m not sure if those issues are bugs, or if they’re errors, or just things that aren’t made clear in the software, but there were a few instances where I kept encountering error messages that I didn’t understand. This lead to me having to start all over a couple of times. (Luckily, this never happened too far into the cloning process.) I also alluded to their interface earlier. It’s okay, but I think it could be simplified a bit. I don’t really understand the point of, at some points in the process, having 2-3 different text-based menu bars to sift through to find what you want.

If you’re okay with an experience that doesn’t feel as polished as it probably should be, this is the software for you. Yeah, you’re comprising convenience and overall ease of use, but in return, you’re getting a disk cloning software that is fast, simple to configure, and comprehensive, all at the same time. I think that that’s a pretty fair trade off. 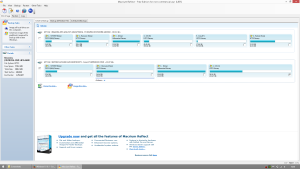 Macrium’s disk cloning software, Macrium Reflect, is one of the more well-supported and effective disk imaging softwares out there. Reflect has been around for a while, and it is still being updated and improved on a regular basis. As of this writing, the most recent update to this software came less than a month ago. From tiny bugs to complete interface overhauls, you can be confident in knowing that the development team behind Reflect is hard at work to change whatever needs to be changed in order to deliver the best experience to you.

When you boot up Reflect, you’ll find that the interface looks pretty “normal”, like something that could’ve easily been packaged along with the rest of the Windows operating system. Depending on how you feel about Windows, this can be either good or bad. Personally, I think that it’s much more cluttered than some of the other software on this list. Reflect requires a good deal of work from the user, whereas an application like AOMEI can be gotten up and running with three or four clicks. Cloning a disk isn’t exactly a complicated concept. Also, there’s a fine line between having something that is configurable, and having something that just isn’t an efficient process.

That being said, though, Reflect does what it needs to do. It’s fast, it’s reliable, and I have never had any major issues with it. If you can pardon the business of it all, you’ll find that it’s one of the more effective all-around disk cloning solutions. That interface isn’t just busy for the fun of being busy. Beneath all of those menus and options and icons lie a lot of functionality, and like Clonezilla, you’re able to tweak pretty much anything you want. If Reflect added a “simple mode” like Clonezilla has, it would probably be my favorite out of every software on this list.