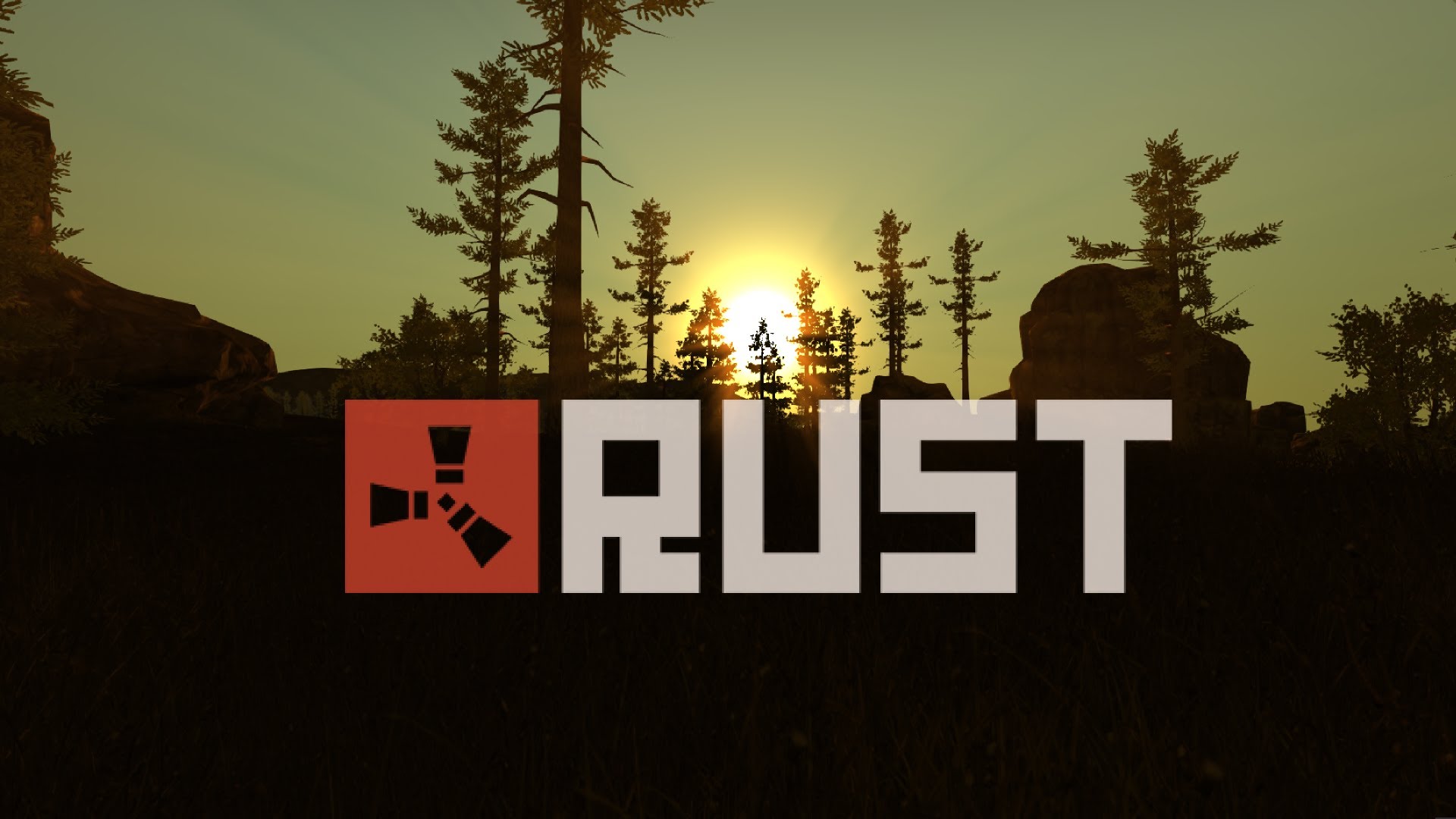 Rust is an open-world, multiplayer survival/crafting game. In Rust, players run around an area in search of resources to craft tools and shelters, to help them survive in the brutal environment around them. Being multiplayer, the game also enables users to form alliances (and rivalries) with other players and factions in the server. It’s a very popular game, which is saying a lot, considering how crowded the survival/crafting genre has become over the years.

Are you looking for an alternative to Rust that you can play in 2017? Maybe it can’t run on your computer, maybe you’re bored of it, or maybe you’re just looking for something a little different. Since there are so many survival/crafting games out there, that means that there are plenty of games that are similar in concept to Rust. However, not all of those games are actually good. Luckily for you, I’ve sifted through a significant amount of garbage and found some high quality games that are similar to Rust. In this article, I’ll talk about some of those games. With that being said, let’s jump right into the list!

Okay, I know what you’re probably thinking right now. From a visual standpoint, this game looks absolutely nothing like Rust. Rust is all about being gritty and realistic, whereas Don’t Starve is more cartoon-ish and cute. Still, you might be surprised to find out that the games are a lot more similar than you might think. In Don’t Starve, you walk your character around a 2D world and collect resources to survive. So, right off the bat, that’s a huge similarity between the two games. They both involve survival and crafting. Aside from that, though, there aren’t many large similarities to speak of. This isn’t a bad thing, though. Don’t Starve is such a unique game that it’s difficult to compare it to others. The art style, music, and general aesthetic are really special, and a lot of people have absolutely fallen in love with this game. 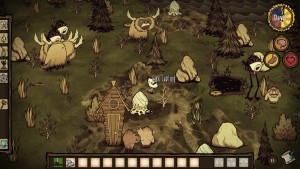 In comparison to Rust, there are a couple of key differences that resulted in this beautiful game landing itself so low on this list. To begin with, combat is very different. Combat in Don’t Starve feels more like an action RPG than it feels like a third-person shooter. This is fine, but if you like Rust’s combat, you might not take well to this entirely different form of gameplay. Not to mention, multiplayer in Don’t Starve isn’t fully there yet. A co-op version of Don’t Starve, called Don’t Starve Together, is in its beta stages. It has shown a lot of promise, but I don’t think you should go into this game expecting the same kind of multiplayer that you would find in Rust. Still, this is really an incredible game, and if you’re interested in going outside of your comfort zone a little bit, I implore you to try it out.

The Forest fits pretty well on this list, and I think that it takes some of Don’t Starve’s darker aesthetic and combines it more with Rust’s “adult” gameplay and themes. In The Forest, you play as a man who has survived a plane crash, and finds himself on an island crowded with beast-like cannibals. You’re responsible for scavenging for tools and creating shelter to protect yourself from these monsters. This game looks really good (probably the best looking game on the list) and it has shown a lot of promise over the last year or so, with regular updates keeping the game fresh. 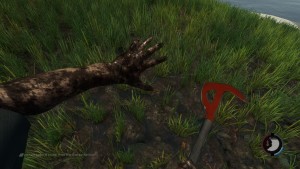 Like a lot of survival/crafting games, The Forest is still in early access, which means that it isn’t entirely finished yet. When you play this game, it’s pretty evident that that’s the case. The majority of the game, at this point, involves cutting down trees to build shelter. This is alright at first, but gameplay can become very tedious very quickly. Most multiplayer servers consist of people running around and gathering logs and rocks. There is still a lot that this game has to work on, but I think that it is definitely on the right track. An active development team works hard to deliver scheduled updates, so you can rest assured in knowing that this game won’t be abandoned any time soon. It isn’t perfect, but if you enjoy making friends over building (which you’re probably used to if you play Rust a lot) then you will really enjoy this game, too.

I have always been very personally fond of 7 Days to Die. I personally purchased this game several months ago, and it was the first survival/crafting game I had ever played. Initially, I was unimpressed. The game was dull and overly challenging, and PvP combat was shallow. I uninstalled the game and didn’t touch it for a few months. When I picked it back up again, I was astonished by how much had changed. Like Rust, this game has a very active development team, who is working very hard behind the scenes to ensure that the game is constantly improving itself. 7 Days to Die has seen some massive gameplay overhauls over the last few months, and the game is much better for it. 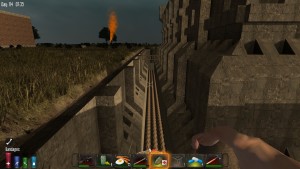 7 Days to Die is pretty standard in its genre. You’re thrown into a post-apocalyptic world and tasked with crafting, building, and fighting to ensure your survival. It doesn’t do anything completely different, but it performs its simple functions very well. Crafting goes really deep, and building is comprehensive. (I really like how building in 7 Days to Die is physics-based. If you try to make an impossible structure, it collapses in on itself.) It’s a solid all-around game, and I think a lot of people would enjoy playing it. However, the games ahead of 7 Days to Die on this list are a little more fresh, or a little more similar to Rust. This game is probably the “safest” on this list which, while not being a bad thing, keeps it from the higher spots on this list. 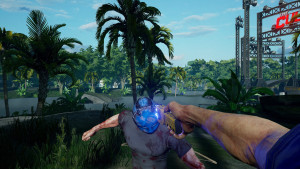 This game is pretty hot off the presses! The Culling has been out for less than a month, but it is already receiving overwhelming positive reception from critics and gamers alike. Like Rust, this game doesn’t really involve any supernatural elements. The Culling is a battle royale-style game, where players run around an enclosed arena, craft, forge alliances, and hide in an attempt to outlast their competitors. If you’re familiar with either The Hunger Games or Battle Royale, The Culling is basically both of those movies stuffed into a multiplayer crafting/survival video game. And it’s just as fun as it sounds.

This is an early access game, and I was admittedly kind of hesitant to put money into it. As I’ve mentioned already, the survival/crafting genre is huge right now, so there are plenty of games (of varying quality) vying for your attention. It didn’t take very long for the game to soothe my worries, though. This game is surprisingly comprehensive for an early access game, and I have personally experienced a limited amount of bugs. There are a few, however. The biggest issue with this game is wireless connectivity. If you have bad ping, you’re pretty much dead in the water. Aside from these tiny technical issues though, the game is pretty close to finished. I’m very excited to see what else this game has in store in the future. If you like the team-based, straight up survival that you are forced to endure in Rust, you’re going to love this game. The Culling has made a great first impression on the survival/crafting community, and I can only see that improving over time.

It might be a little cheap to place DayZ at the top of this list, but I’m going to do it anyway. Remember when I talked earlier about how Rust started off as a mod of another survival/crafting game? DayZ is that survival/crafting game. That’s right — DayZ is basically Rust’s parent game. That becomes pretty evident once you jump into the game, too. Both games feel really similar, but there are a couple of key differences. Rust has to do with surviving the elements and wildlife, whereas DayZ is more about surviving zombies. And other players are absolutely vital in this game. You spend a lot of time interacting with others, and your ability to work with other players can be the difference between life and death. 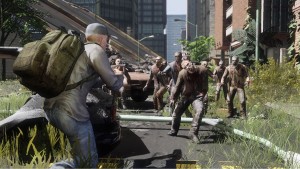 Granted, being so similar, a lot of the issues that you find in Rust, you’ll also find in DayZ. It’s not all that well optimized. It has been in early access for a very long time. Still, with those issues considered, it’s a really good game. I placed DayZ ahead of some of the other games on this list because, not only is it objectively the most similar to Rust, but because it has the same general feel of community that I think some of the other games on this list lack. The Culling comes close, but it’s hard to form meaningful relationships with people who you’re going to end up killing within fifteen minutes. DayZ involves factions, gangs, organizations, and so on. It has spawned its own in-game culture over the years, and I think that’s really, really cool.

And that’s it! That’s the end of my list of the top five best games like Rust in 2017! Like I said, there are a ton of survival/horror games out there, so I’m sure I missed a couple of hidden gems. Feel free to drop into the comment section below and talk about them.