The Civilization series of games are undoubtedly the juggernauts in the 4X gaming genre. If you are looking for other 4X titles to indulge in then check out this list we have made for you: 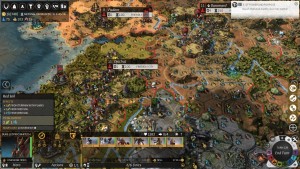 Endless Legend is the second 4X title in the Endless game series of Amplitude Studios, the first being Endless Space which was released last July 04, 2012. Endless Legend was released on September 18, 2014 and was well-received by critics and players alike.

The game takes place in Auriga where science fiction and fantasy elements coexist. The eight playable factions are all unique in both playstyle and motivations. Customization is possible if you do not fancy a certain faction’s preset values. A short cutscene plays at the start of a game which details the chosen faction’s backstory. In-game quests further the plot and finishing them all can be a victory condition.

The map consists of hexagonal tiles that represent points of interest like resources and other elements. These are all randomized in every new playthrough. The details on the design of biomes are both aesthetic and tactical. For example a terrain with hills is indicated with raised steps. This means that placing ranged units here will give them a bonus against foes on the lower ground. It is also easy to see what resources a specific tile provides. Minor factions populate the world and can be either allies or enemies depending on how you treat them.

Units and heroes earn experience points in order to level up and grow stronger. Heroes have their own skill trees that can be tailored to suit a particular purpose. They can also be customized with equipment. Combat plays out in a turn-based encounter where you can directly control your units or watch as they automatically engage the enemy.

The game is available on Steam with an expansion pack released this month called Shifters. It adds a new faction and an overhaul of game mechanics. 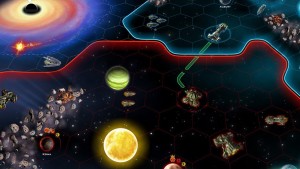 Eight races are available right off the bat with four more if you complete the DLC. Creating a custom race is not only limited to choosing traits and abilities. You can actually upload a portrait that will serve as your faction leader’s avatar, write up a backstory, and even set how the AI will control this race if you want to play against it.

The game takes place in space where planets, asteroids, and other objects of interest float around on hexagonal tiles. Planets can be clicked to reveal its surface where you can build improvements to bolster your economy. You move around the map and interact with objects and other factions using starships. You can create your own spacecraft using the powerful Ship Designer mode. It has many aesthetic options that make the creation of a TIE fighter or a Borg cube possible. You can watch your creations engage other ships in a space dogfight during combat but in the long run these can be quite tiring and you’ll probably just activate the auto-resolve option.

Many in-game events require you to make choices. You earn points towards a certain Ideological Trait depending on what kind of a leader you are. Act like a jerk and you’ll earn points in the Malevolent trait, while being a good guy will net you Benevolent points. These traits reward you with free ships or passive bonuses.

You can buy the game from the Stardock Store or in Steam. The latter integrates the game into the Steam Workshop where players can share templates of their custom starships. 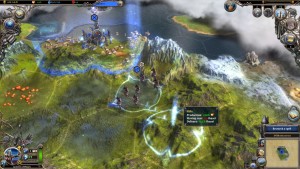 The sequel to Warlock: Master of the Arcane brings the 4X genre to the realm of fantasy where you can play as a spell-slinging Great Mage.

You get to choose among a selection of premade Great Mages or create your own. That’s right, instead of races or factions you instead portray an individual as you try to achieve one of the many victory conditions. The race aspect here is that these Great Mages are either human, undead, or monster.

Single-player offers three modes namely Exile, Sandbox, and Battle for the Outplanes.  The first one is the campaign, second is skirmish, and the third is a mix of the two without scripted events. The map is your usual 4X hexagonal-tiled world with biomes, neutrals, and resources.

You field armies composed of different infantry types and exotic creatures. Being a Great Mage you can also cast spells with the use of a limited resource called Mana. You can launch fireballs to damage enemy forces or even alter the elevation of mountains. The Unity Spell can be unlocked later in the game and is a victory condition if you successfully cast it.

Religion plays an important factor in this game. Certain quests and building temples are ways to gain the favor of your chosen god among the eight deities. As your alignment increases, you also gain the ire of your god’s rival. Reaching higher alignments unlock additional spells while letting it sink low will summon the god’s avatar to punish you. Defeating the avatar or capturing Holy Grounds is among the victory conditions.

Warlock 2 adds a few twists to the tried-and-true 4X formula that paves the way for more strategic optoins. You can get it on Steam along with its expansion Wrath of the Nagas. 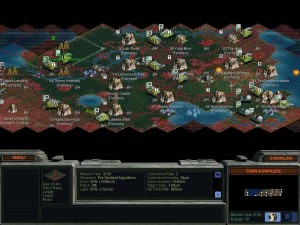 Sid Meier’s Alpha Centauri is Civilization in space. In fact it is indeed the spiritual successor of that game, showing what happens when you pursue a space-race victory condition.

If you’re familiar with Civilization then you’ll have no problems adapting to this game. There are bases to establish and conquer, facilities and secret projects to build, and factions to meet and befriend / destroy. The world where this takes place is called Chiron or “Planet” where parasitic lifeforms thrive.

Seven factions are available, and an additional seven more are added when you install the expansion pack Alien Crossfire. Each of them have spoken monologues that reflect their ideologies. As the game progresses you’ll learn more about the mysteries of Planet and the steps that you must take to ensure your ascendancy (as one of the different victory conditions).

Research unlocks technologies and components that are used to customize units. Later on you’ll have access to powerful weaponry including the terrifying Planet Buster. However its use leads to every human faction declaring war on you.

It might be an old game with outdated graphics but don’t let that turn you off. Alpha Centauri is a great addition to the 4X genre that can burn through hours of your time. GOG has both the base game and expansion pack for the low price of $5.99.

Master of Orion: Conquer the Stars 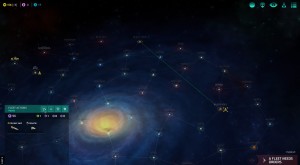 The Master of Orion series started in 1993 as a groundbreaking 4X game in space. It was followed by an award-winning sequel and a lukewarm third installment. Conquer the Stars is the reboot of the first game and is currently on Steam Early Access.

One of the major changes in the reboot is the inclusion of star lanes. Previously you can assign your ships to go to any planet but now you’ll have to pass through an ”interstellar highway” that connects star systems. This emphasizes the importance of controlling strategic intersections and guarding the lanes that direct to your planets. Speaking of your planets, they are not just dots on space with different colors but instead they are actually revolving worlds with small ships buzzing around like bees on a hive.

The familiar factions throughout the series make a return and are heavily featured with visually-striking models and with voiceovers from notable actors like John Kassir, Michael Dorn, and Mark Hamill to name a few. Even the familiar robotic newscaster returns with information regarding what is currently happening in the game. Short cinematics highlight certain events like landing on a planet or the battle between fleets.

As the game is still on Early Access there might still be a lot of additions and changes on the way. So far Conquer the Stars is a gorgeous reboot of a gem in the 4X genre, something fans should look forward to. But if you’re itching for a Master of Orion fix then play the second installment. It is still the best one among the trilogy.

Have you tried any of these games? Do you know other games like Civilization? Let us know in the comments below.